World Cup 2022: why France must (really) be wary of Denmark

After the big victory against Australia, it is Denmark that the Blues must face on Saturday at 5 p.m. Galvanized by a very good start in the competition, the men of Didier Deschamps must nevertheless (really) be wary of the Scandinavian squad. A shock to follow live on Europe 1 and europe1.fr 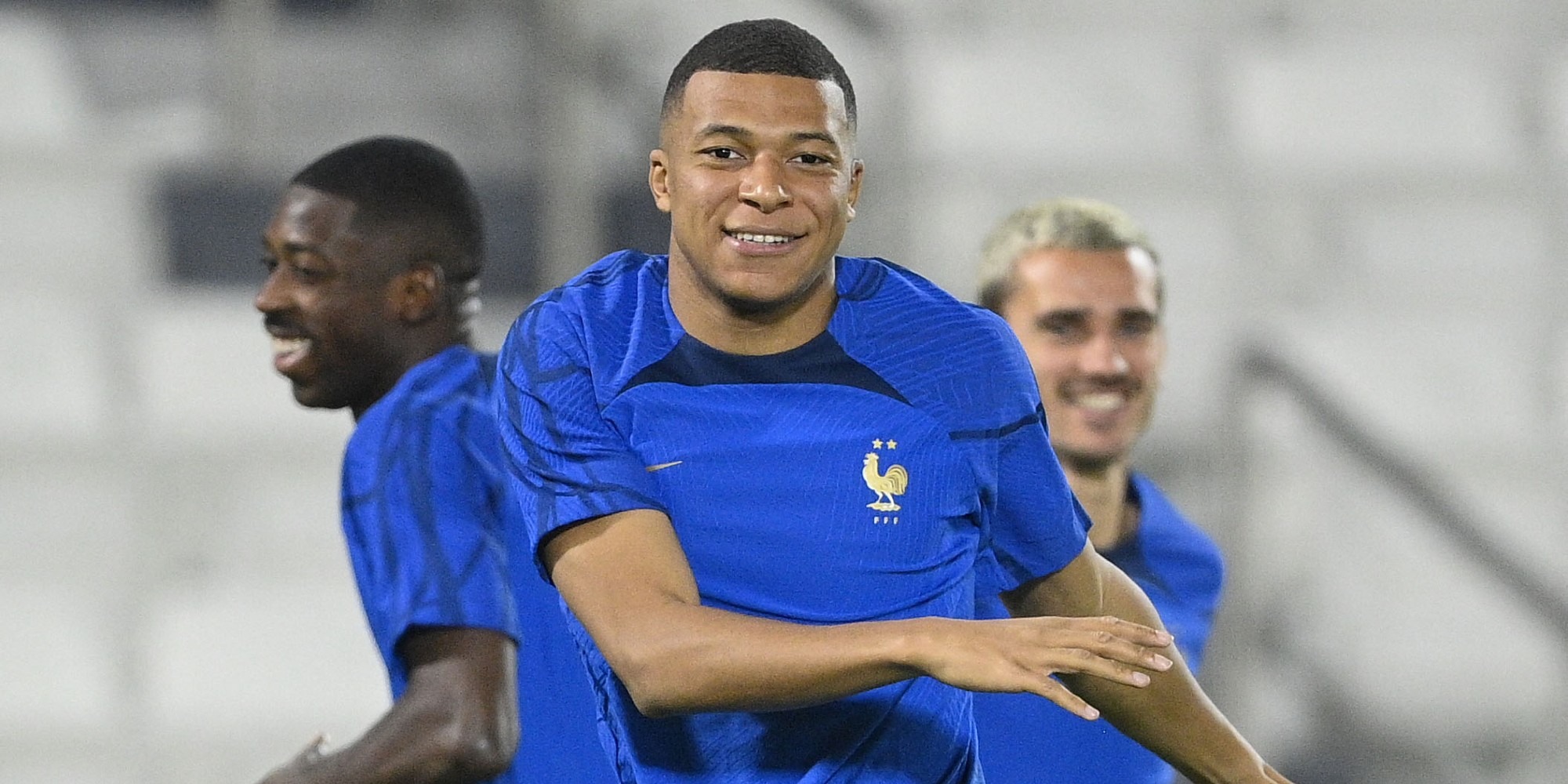 After the big victory against Australia, it is Denmark that the Blues must face on Saturday at 5 p.m.

Galvanized by a very good start in the competition, the men of Didier Deschamps must nevertheless (really) be wary of the Scandinavian squad.

A shock to follow live on Europe 1 and europe1.fr

Denmark, twice winner of the French world champions in 2022, first put doubt in the minds of the Blues in June (2-1), before giving them a lesson in September (2-0).

France is warned before Act III, Saturday in Doha (5 p.m.), for the second group match of the World Cup.

Europe 1, official radio of the competition, looks back on the last two France - Denmark, which saw the Blues bow down.

Follow live France - Denmark on Europe 1 and on europe1.fr

The start of trouble, June 3

On June 3, the Tricolores receive the Stade de France in full confidence, after a series of seven consecutive victories and a title obtained in the League of Nations in the fall of 2021. Didier Deschamps seems to have found the formula which should lead him to the World Cup , with a system of three central defenders.

The coach, bereaved by a family death, moves away from the team for a few days and leaves the controls to his assistant Guy Stéphan.

And the machine jams, despite a very competitive team – Paul Pogba is the only notable absentee – aligned at the start of this first day of the League of Nations.

Karim Benzema scores, but Kylian Mbappé and Raphaël Varane come out injured and the Blues crack defensively in the last half hour, pierced by former Bordeaux player Andreas Cornelius.

"We feel that the team can still be improved and I think it makes sense," said captain Hugo Lloris.

The goalkeeper is unhappy with the defensive imbalances, a consequence in particular of the presence of very advanced "pistons", Kingsley Coman and Theo Hernandez, the latter achieving his worst performance with the Blues.

The tactical questioning takes root that evening: Deschamps chooses to abandon his defense with three centrals for the last matches of the June rally... Without success because the Blues, physically worn out, draw in Croatia (1- 1) and in Austria (1-1),

>> Find the Journal of the 2022 World Cup every day on Europe 1, official radio

Reassured by a great success against Austria (2-0), the French want to take their revenge on the Danes, on September 25 at Parken in Copenhagen.

They will quickly become disenchanted, overtaken in the space of five minutes by goals from Kasper Dolberg (34th) and Andreas Skov Olsen (39th).

"In terms of commitment and duels, they were much more solid and consistent than us. (...) The very high level requires maximum requirements each time", plague Deschamps after the meeting, evoking a "sting reminder".

In Copenhagen, the Blues use their 3-5-2 system for the last time.

The absence of Varane, preserved, does a lot of harm to the young tricolor defense composed of William Saliba, Dayot Upamecano and Benoît Badiashile, a trio with sixteen selections in total which is completely losing ground.

Eduardo Camavinga, revived after two years of absence, also goes completely through and is replaced at halftime.

"We spoke about it with the coach, he called me, he told me that he had complete confidence in me and in what I could bring to the team. He reassured me", explains two months later the Madrilenian.

"I was able to do my own self-criticism. Not everything was rosy, but it shouldn't be removed from the collective either".

That evening, France was already deprived of many executives, from Paul Pogba to N'Golo Kanté, including Hugo Lloris, Presnel Kimpembe, the brothers Theo and Lucas Hernandez, Kingsley Coman, Adrien Rabiot and Karim Benzema.

At the 974 stadium in Doha on Saturday, the injured are still as numerous - and almost the same - and the attacking triangle will be identical.

At the World Cup, the Blues nevertheless arrive with the momentum of the initial success against Australia (4-1).

The Danes for their part lost points, and their midfielder Thomas Delaney (forfeited for the tournament), against Tunisia (0-0).