Portugal won 3-2 on Thursday against Ghana for their opening match in Qatar. A match during which Cristiano Ronaldo entered the annals of the competition by becoming the first player… 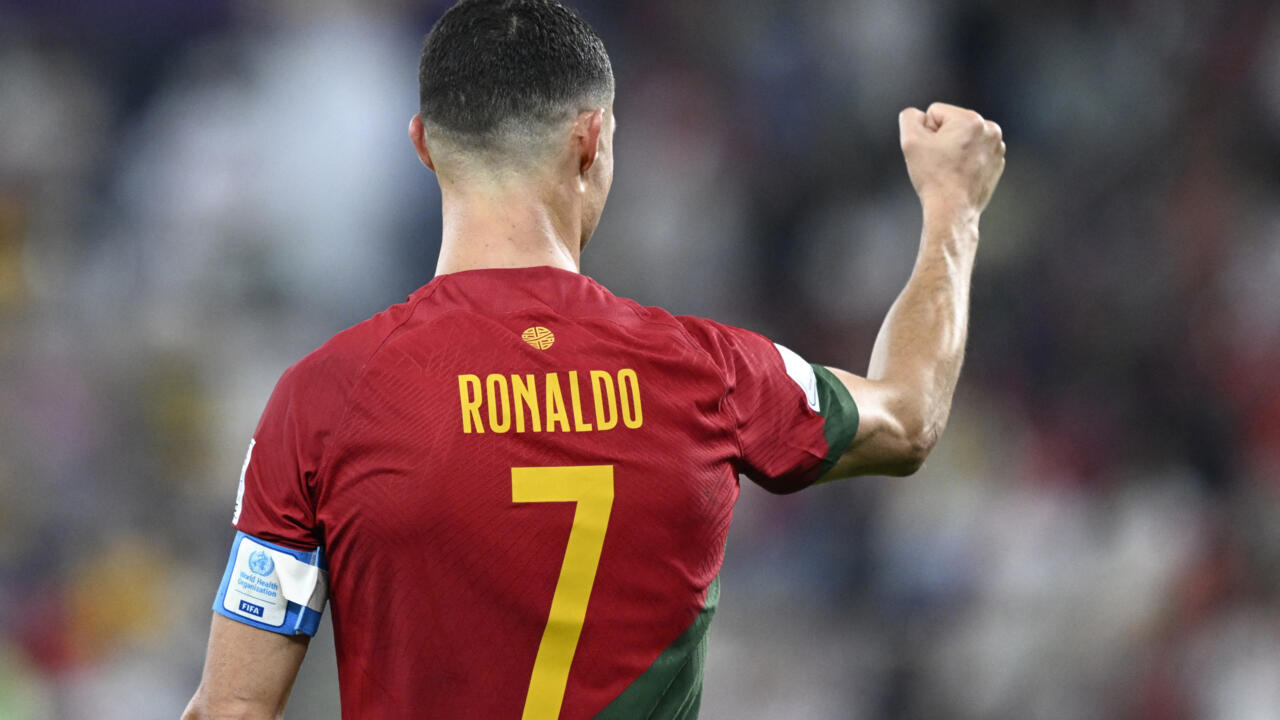 It was a personal goal for Cristiano Ronaldo.

He did so by opening the scoring when Portugal entered the fray against Ghana, a match won by the Seleçao 3-2.

A Cristiano Ronaldo who appeared quite moved when the Portuguese anthem sounded before the start of the match.

An understandable emotion when, at 37, he begins his fifth and probably last World Cup, with the stated objective of offering it to his country.

Under the impetus of its leader, the Seleçao quickly took control of the debates.

On a loss of ball from Kudus in the midfield, Bruno Fernandes launches Cristiano Ronaldo in depth.

The Portuguese captain is preceded by Ati Zigi, perfectly out (8th).

It was CR7 again who received a cross from Raphaël Guerreiro a few minutes later.

But, slightly unbalanced, he fails to frame (14th).

The Portuguese largely monopolize the ball but the Black Stars are resisting and methodically stifling each offensive, encouraged by their crowd present in numbers and music just behind Zigi's cage.

Launched, he gets rid of Djiku and deceives the goalkeeper.

However, the referee had deemed the contact with the Ghanaian defender (31st) irregular.

The Portuguese lay siege to the Ghana area, trying in particular to break through the safe from the left side and the inspirations of Joao Felix, Otávio and Raphaël Guerreiro.

The Black Stars end the first half without any incursion into the opposing box.

Otto Addo probably found the words in the locker room to talk to his men.

Ghana returns to the pitch with much better intentions.

In the 51st minute, Williams finally enters the box on a pass from Kudus but the offensive is quickly annihilated.

Then it's the setter's turn to turn into a shooter.

The Ajax Amsterdam player takes his chance from 30 yards but his shot misses the right post.

While the physical tension between the two teams and the yellow cards multiply, Cristiano Ronald collapses in the surface after contact with Salisu.

Despite protests from the Black Stars, the referee points to the penalty spot.

He contemplates the stadium for a long time before setting off, aware that he would go down in history as the only player to have scored in five different World Cups.

But the mark of the greats is not to crack under pressure and he "simply" sends the ball into the skylight.

The whole Portugal team but also all the substitutes rush to congratulate him (64th, 1-0).

A short-lived joy, however.

Ghana seems overexcited by this goal.

And, it is finally another glorious old man who equalises: André Ayew, served by Kudus, who finds the net at 32 (73rd, 1-1).

A great reward for this midfielder who also made history during this meeting by becoming the African who played the most World Cup matches (8).

Rain of goals at the end of the match

But the match ignites.

On a counter, Joao Felix is ​​served on the right side.

He accelerates and sends a cross shot at the back of the Ghanaian cage (78th, 2-1).

Then the incoming Rafael Leão definitely knocks out the Black Stars (80th, 3-1).

Ronaldo could even have made the score even worse but he stumbled over Zigi.

A parade that offers hope to the Black Stars, especially when Bukari reduced the score (89th, 3-2).

But the last assaults and the nine minutes of extra time do not allow the Ghanaians to reverse the score.

Mission accomplished for Portugal, which is starting the World Cup for the first time since 2006 with a victory.

The band of Ronaldo even takes the lead in Group H, thanks to the draw between Uruguay and South Korea.

As for Ghana, they will have unlocked the goal counter of the African teams but not that of the victories...