Håkan Loob on Börje Salming: "He was a great person"

The news that Börje Salming has passed away shakes the hockey world. One of those who knew Börje closely was hockey legend Håkan Loob. - It is really tragic and sad, says Loob to SVT Sport. 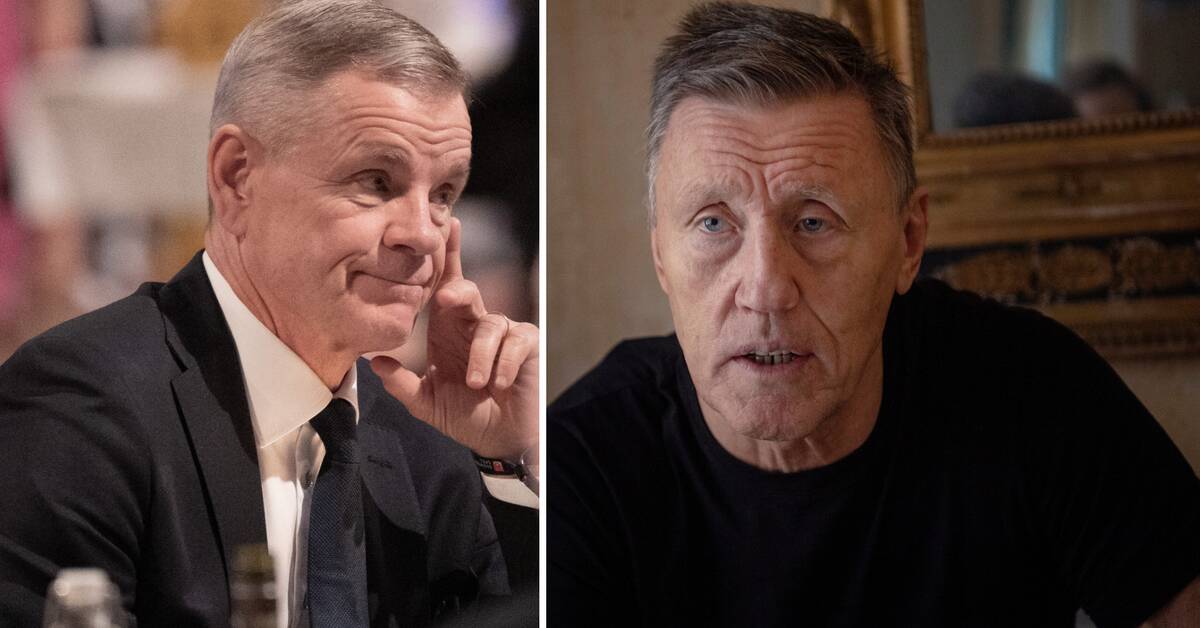 - Börje was an icon both on and off the field for me.

He was an outstanding character and human being, says Håkan Loob to SVT Sport.

Håkan Loob came to the NHL and North America when Börje Salming had already played ten years in Toronto.

- I met him many times in the NHL, there was never any doubt that he was a fantastic hockey player.

But precisely getting to know him as a person on the side of the ice, a Börje who was so caring and cared about everyone else.

It was always the team before the self.

It felt like an enormous security to have him around.

It is extremely tragic and our thoughts go out to his family, he says.

How would you describe his greatness?

- A fantastic person with both feet on the ground.

Despite all his great success, he always cared about his fellow men, there is a greatness in that.

He has had to fight his way through his career, because in the 70s it was not an easy journey to get to and play in the NHL.

He really had to struggle and was beaten a lot on the pitch.

But he created enormous respect around him and for Swedes who would come after him, not least for me.

- It is an expected announcement, but it has gone terribly fast.

It is shocking, he says and continues:

- He has meant a lot to everyone who came to the NHL.

He gave Swedes a good reputation that they are reliable players.

He has opened doors for many European players.

It was also a special experience to play against him.

The first time I met him was when he played in AIK and I in Luleå.

I thought "am I really on the same ice as Börje?".

What kind of legacy does Börje leave behind for ice hockey?

- He always had time to stop and exchange a few words.

An extremely nice person who took time for others.

He has not only shown his courage on the ice but also when he has been sick and ventured out.

It's amazing to see.

He wanted to invite himself into the last.

- No one escapes with their lives intact, says Mikael Renberg.