Before the second appearance in the World Cup, the Qatar coach pledges to correct mistakes, and Ismail Mohamed is looking forward to supporting the fans

Qatar coach Felix Sanchez admitted that his team did not perform what it had hoped for during the opening match of the 2022 World Cup against Ecuador, but worked on analyzing mistakes to correct the course and present the best against Senegal. 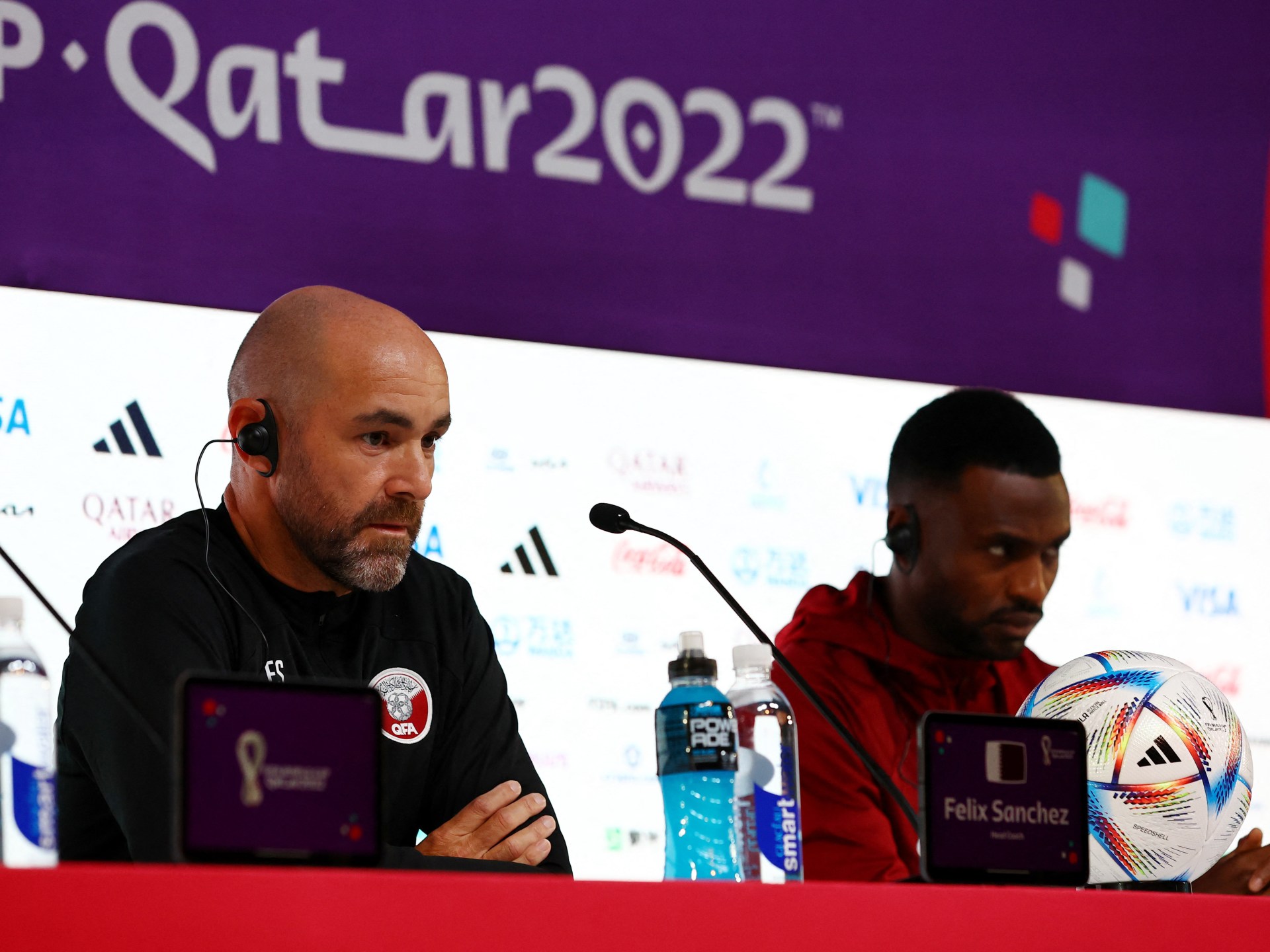 Qatar coach Felix Sanchez admitted that his team did not perform what it had hoped for during the opening match of the 2022 World Cup against Ecuador, but worked on analyzing mistakes to correct the course and present the best against Senegal.

The Qatari team, which hosts the hosts, lost to Ecuador 2-0 last Sunday at Al-Bayt Stadium, in the first group that witnessed the following day, the Senegalese team lost to its Dutch counterpart, by the same result, at Al-Thumama Stadium.

Al Thumama Stadium will host the Qatari national team's match against its Senegalese counterpart tomorrow, Friday, while the Ecuadorian national team will meet its Dutch counterpart at Khalifa International Stadium.

Sanchez said in the press conference held today, Thursday, to talk about tomorrow's match, "We certainly did not do what we hoped for in the last match. When the start is unsuccessful, it is difficult to return during the match."

He added, "But after the match, we have to try to analyze the mistakes, whatever they are, and then prepare and prepare for the next opponent in order to correct the course, and this is what we did. We use the period between matches to adjust our way of playing, this is the mechanism that we follow."

Regarding his opinion on the level of the Senegalese national team, Sanchez said, "From my point of view, Senegal played an excellent match against a very big team. They had a clear idea and were seeking to achieve a result and strive for victory until the end of the match, but it was an open match and the chances were equal between the two sides. As for tomorrow's match, We hope that our team will follow the same approach and try to win from the first minutes until the end of the match.”

We did not expect the performance and result in our first match, and our level is much better than what we presented #World_Cup_Qatar_2022 |

Regarding the pressures that the Qatari team may be suffering from after losing the opening match, Sanchez said, "Things are not going well for us so far, as we lost the opening match. Unfortunately, we did not give the fans all the fun they expected, and in my career as a coach, I see that you You feel pressured by these results, and therefore we try to insulate ourselves from any criticism we might face."

He added, "We are now focusing only on ourselves, and what we have to do and how to prepare for the matches day by day. We try to avoid external voices, because they will not add or subtract anything, so we try to isolate ourselves from these voices."

And about whether the Qatari national team suffered from tension during the opening match despite playing many major matches and despite being the Asian champions, and whether this could be repeated against Senegal, Sanchez said, "We learn from our mistakes, and therefore we try to be free from all this." The pressure we had in the opening match.

Regarding the possibility of the Qatari national team being affected by the absence of its players from the local league matches in the period leading up to the World Cup, the Spanish coach said, "We had a plan to prepare for the World Cup in order to be at our best, all of our players are competing in the local league, and therefore we thought it would be a good idea to train with each other." "Some of them for a long time preparing for the World Cup. Of course they didn't play official matches in the league, but we gave the team members good opportunities against national teams to prepare for the World Cup."

For his part, Qatari national team striker Ismail Mohammed confirmed that the team turned the page on the Ecuador match, and said, "I think that the last match was a page and turned. Our team turned the page immediately after the match, and we started preparations for the next match.. In the next match, the team will be fully ready, and will provide everything he have".

Ismail Mohamed, the player of our national team, #Al-Annabi:

We were not lucky in the opening, and we hope to appear at our usual level against Senegal #World_Cup_Qatar_2022 |

The Qatari Al-Duhail club player sent a message to Al-Annabi fans, saying, "My message to the fans is that the national team needs the support of its fans now more than ever, and the team is determined to provide everything it has and appear honorably in the next match."

Regarding the Qatari national team's impact on the surprises that were triggered by other teams, such as the Saudi national team, which defeated its Argentine counterpart 2-1, as well as the Japanese national team, which defeated its German counterpart 2-1, Ismail Mohammed said, "Of course, the positive results, especially from the Arab teams, make the player feel constructive jealousy and increase his determination." To give everything he has, but our focus is always on ourselves and to try to do our best in every game."