Three of the four lighting towers at Al Ahli SC Stadium are breathing heavily. Surely they turned off one of them so as not to dazzle the players. It's the penultimate... 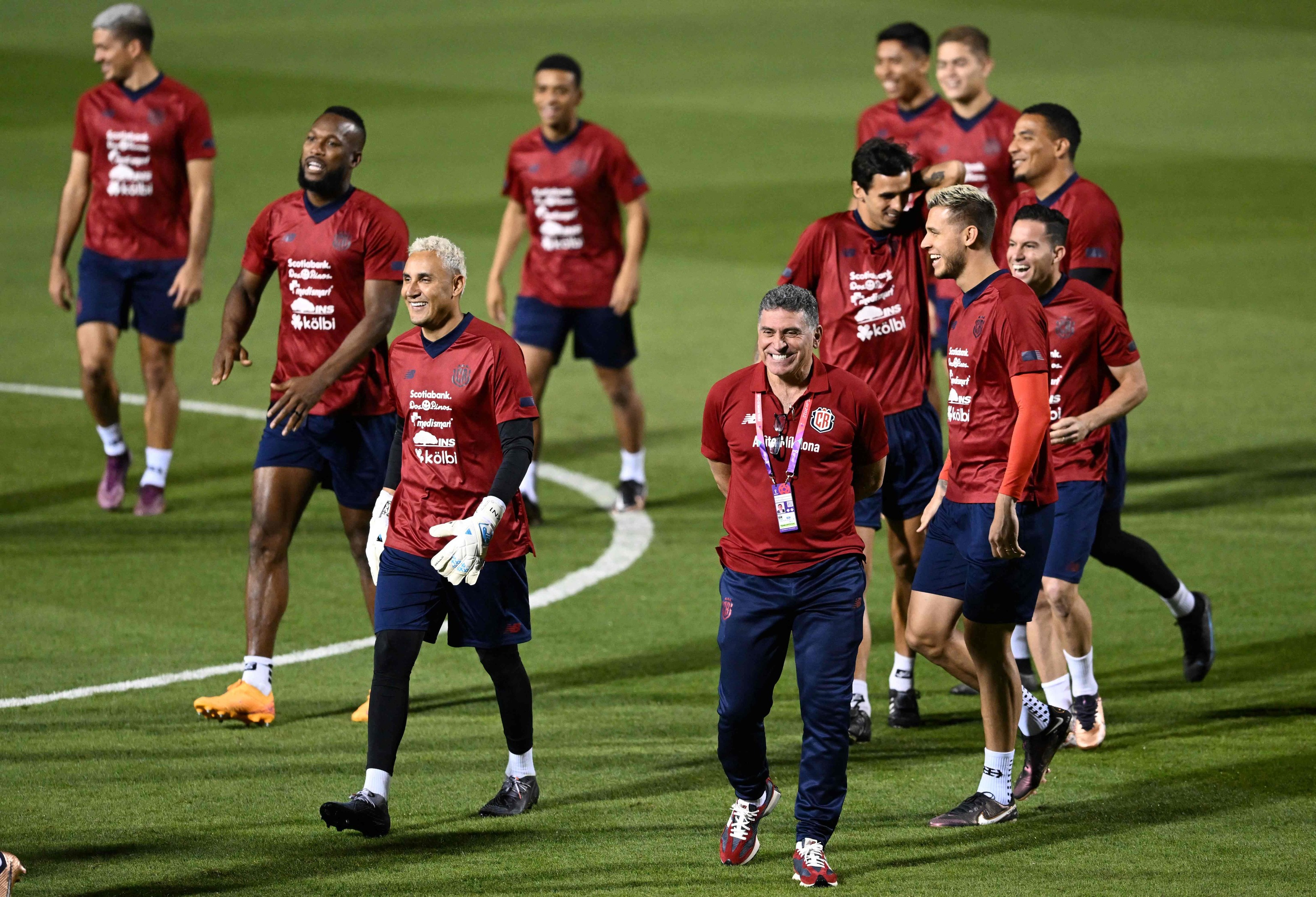 Surely they turned off one of them so as not to dazzle the players.

It is the penultimate training session for Costa Rica, before that long-awaited World Cup debut against Spain.

Before getting serious, the footballers gather in the center of the field, form a circle, embrace each other, and pray in silence for a few moments.

A daily act, beyond the caliber of the adversary that will have d

It will be breakfast time in his country (10:00 am), where football, literally, is a national holiday.

When the Costa Ricans qualified for the World Cup last June, after avoiding New Zealand's trap in the playoffs, the nation took to the streets to unleash their joy.

"Pura vida!" They shout over and over again after each play of training.

The most hackneyed expression in Costa Rica is also on the walls of the basketball court that accompanies the soccer stadium.

A traditional phrase, but not the only one.

"You will see your brave people," reads another one, in one of the corners, clearly visible, over some photographs of

It is a fragment of his national anthem, where he says "brave and virile", specifically.

Any shot of emotion is always welcome in the Costa Rican concentration, where they enjoy the gift received after that tight play-off.

Aymeric Laporte, the 'tiktoker' (and dry) boss of the defense of Spain

Aymeric Laporte, the 'tiktoker' (and dry) boss of the defense of Spain

Some journalists from the Central American country assure that close to 2,000 Costa Ricans will be present at the Al-Thumama stadium, to attend the premiere of their country in Qatar.

In reality there could be 160 more, which are Costa Rican citizens residing in and around Doha.

They, plus some of the local fakes, always happy to wrap themselves in someone else's flag, will be part of their force during this World Cup.

The sixth in the history of that small nation that threatened to caress the sky in 2014. The penalties against the Netherlands separated them from the semifinals, but they had already written a story for eternity.

There were Keylor, Borges,

"Pura vida!", is heard again in the background, while the team psychologist anticipates what is the engine of Costa Rica.

He still does it with the echoes of ridicule because some of its members assured that they traveled with options to be world champions.

"If they ask any of the boys, they come to lift the Cup. This is how elite athletes have to think," was the reaffirmation of

, the guru who greases the minds of the players.

"Everyone has the right to dream, as long as it is accompanied by work," he pointed out.

The group led by the Colombian

landed on Friday, coming from Kuwait.

They stayed there for a week to start their acclimatization, before going on the date of their lives.

"It's hard for them to run backwards"

The players jog happily on the Al Ahli SC grass, to which the night adds a touch of exoticism.

They have arguments to do so.

The main one is work, of course.

, which reveals one of the secrets to doing so.

At least, to try to surprise the Spain that Keylor or Borges have talked about so much, champions of those great objectives that they draw in their imagination.

«The coach gave each of us a Mayan key and there we have the videos of each one.

How they rotate and filter the ball.

But the key is to have them close and not think too much, "he says.

Despite what it seems, there is nothing mystical about the matter.

In Costa Rica, a Mayan key is simply a flash drive.

A USB memory that, in this case, contains the videos with the smallest detail of each one of Luis Enrique's pupils.

«We know that it is difficult for them to run backwards.

You have to know how to take advantage of that where they are not so strong, “he adds

"Pura vida!", the players throw for the last time from the grass, in the direction of the stands that contemplate them.

They look at the sky and look for a star there.

The firmament may have some of the answers, but they are clear about the best path.

Yes, even to be champions.

Madness is part of life.