A private plane for treatment in Germany.. The Saudi Crown Prince intervened after a serious injury to Al-Shahrani in the Saudi-Argentina match

Saudi Crown Prince Mohammed bin Salman ordered the urgent transfer of the player, Yasser Al-Shahrani, on a private plane for treatment in Germany, after he was seriously injured during the Saudi-Argentina match. 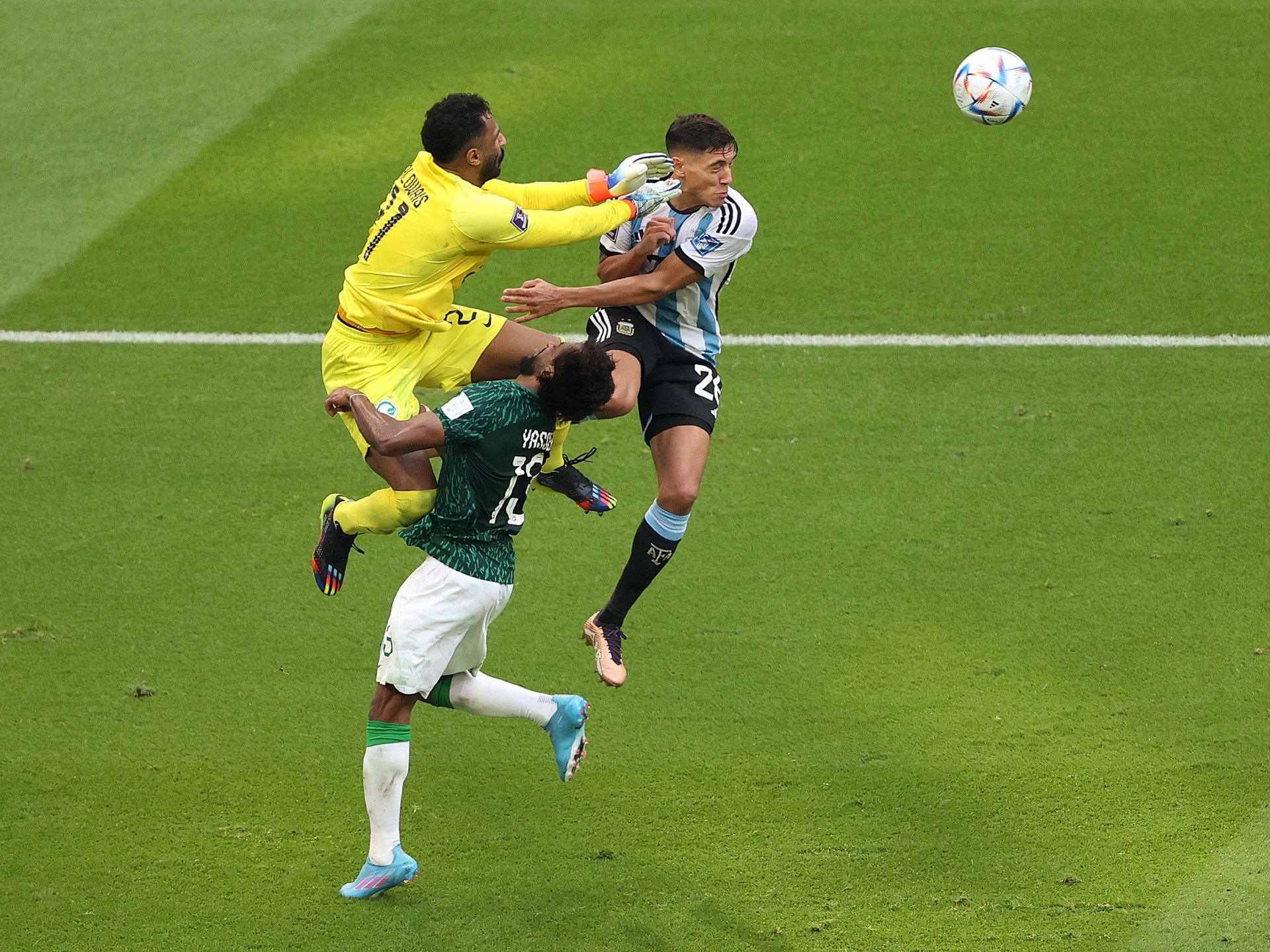 Saudi Crown Prince Mohammed bin Salman ordered the player, Yasser Al-Shahrani, to be urgently transported on a private plane for treatment in Germany, after he suffered a "fracture of the jaw and bones of the

left face", during the Saudi-Argentina match.

Al-Shahrani had suffered a very severe injury during the match - today, Tuesday - after colliding directly with goalkeeper Muhammad Al Owais.

According to Saudi press reports, "After an x-ray, it was found that Yasser Al-Shahrani had a fracture in the jaw and bones of the left face, and that he needed rapid surgical intervention due to internal bleeding."

Al-Shahrani held the breath of the Saudis, Arabs and football lovers, in the 90th minute of the match, when he fell to the ground after a violent collision with the Saudi national team goalkeeper.

The collision caused Al-Shahrani to lose consciousness, before he was quickly removed from the stadium and replaced by his colleague Muhammad Al-Buraik.

In addition to Al-Shahrani, the star of the Saudi national team, Salman Al-Faraj, is also threatened with not completing the World Cup dream with Saudi Arabia, after he suffered an injury that forced him to leave the stadium prematurely.

Al-Faraj appeared sharing the joy of winning with his colleagues while he was walking with crutches, which means that it will be difficult for him to join the next match, at least, pending the necessary checks.

Saudi national team coach Hervé Renard stated - in the press conference that followed the match - that "it is difficult for Al-Faraj to participate in another match in the World Cup."

The Saudi national team had achieved a heavy-caliber surprise, after its victory (2-1) over Argentina, which is considered one of the most prominent candidates for the title, in the first match of Group C of the World Cup, which is being held in the State of Qatar.