With four tries, the&nbsp;XV of France&nbsp;logically dominated Japan (35-17) on Sunday in Toulouse in the last of its three autumn tests and ends the year 2022 undefeated.&nbsp;Les Bleus bring their series to 13 record winning streak and cement their status as a World Cup contender next year on home soil. 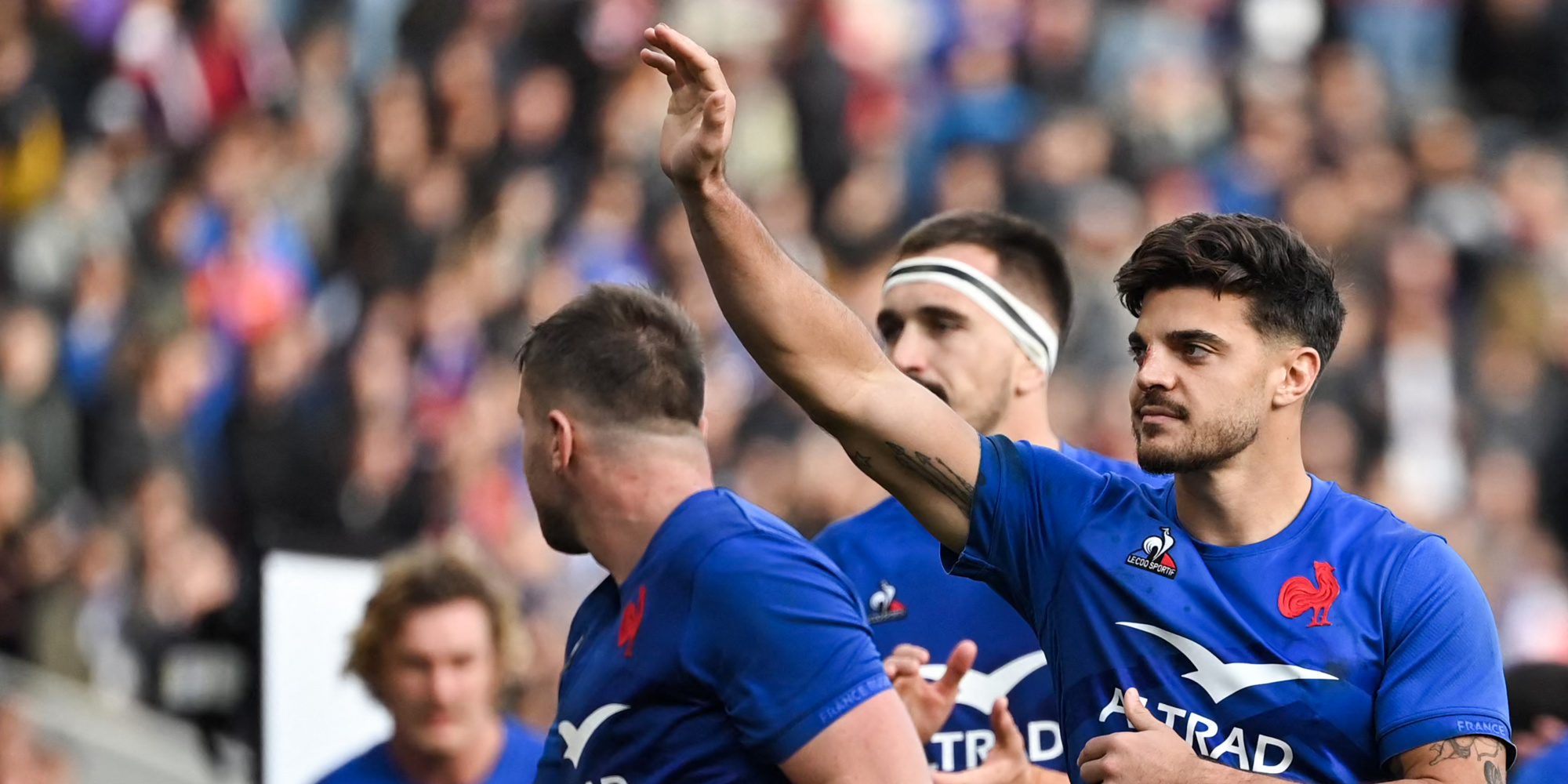 With four tries, the XV of France logically dominated Japan (35-17) on Sunday in Toulouse in the last of its three autumn tests and ends the year 2022 undefeated.

Les Bleus extend their record winning streak to 13 and cement their status as World Cup contenders next year on home soil.

Faultless: the XV of France ends its year undefeated after having logically signed Sunday in Toulouse against Japan (35-17), the most affordable opponent of its autumn tests, a thirteenth consecutive victory which consolidates its status as a contender for the world title next year.

The Blues have spared the nerves of their supporters this time.

After overthrowing Australia (30-29) and South Africa (30-26) in the final minutes, they killed the suspense much earlier against the Brave Blossoms.

- Rugby World Cup 2023: "We have to be in pole position", warns Bernard Laporte

Two attempts by two of the great men of November on the French side, winger Damian Penaud and third line Charles Ollivon, captain of the day in the absence of Antoine Dupont, suspended, took them to safety from half-time. (21-3).

At the conclusion of two movements initiated by Matthieu Jalibert, once again author of a beautiful opening at the opening, Penaud and Anthony Jelonch added two in the second act, more unbridled under a returned sun.

With caution and humility, the French had ensured during the week to be seriously wary of the Japanese, who had hooked New Zealand (38-31) at the end of October before taking a slap in England (52-13) last week.

They also kept in mind their two complicated successes (42-23 and 20-15) there in July, against a very playful team, and said they were approaching their autumn triptych as a World Cup final phase.

Ability to chain matches with the same squad

The intensity offered by Japan was not quite that of a potential world final, but Fabien Galthié's men reassured about their ability to string together matches with an unchanged squad.

Because they appeared on Sunday, under the Toulouse drizzle, without Dupont after his red card, nor the pillar Cyril Baille and the second row Thibaud Flament, victims of the tough fight against the South African world champions.

The early exit (16th) of Gaël Fickou, hit in the ankle and replaced by the versatile third line Sekou Macalou, once again positioned on the wing, raised fears of new serial defections.

But the Japanese impacts had nothing to do with those of the Springboks and the Top 14 clubs will find internationals in the week probably less damaged than after the previous match.

Penaud, who had already saved the homeland against the Wallabies on a personal feat, further increased his counter in the France team by registering his 20th and 21st tries in 37 selections, and the 10th and 11th during his last eleven matches in blue .

Touched to a knee during the week in training, the Clermont winger first extended a low kick from Romain Ntamack for a "big bridge" on his Japanese vis-à-vis, for the occasion on the day of the opening of the FIFA World Cup.

Physically superior, like the hooker Julien Marchand, constantly advancing in front of his public, France drove the point home thanks to his captain Ollivon, well served by his childhood friend from Saint-Pée-sur-Nivelle, scrum half Maxime Lucu, solid and serious in the absence of Dupont.

Picked cold on returning from the locker room by a try from Naoto Saito (21-10, 42), the Blues, deprived of the ball, took time to react.

Jalibert, returned before the hour mark in place of Romain Ntamack, left bleeding profusely from the nose, brought a decisive touch of madness to Penaud's second try (60th) and that of Jelonch (73rd).

Even if they had in the meantime yielded a second time defensively, on a good combination in Japanese touch, the men of Fabien Galthié continue their relentless march forward less than a year from "their" World Cup.

They will first challenge their title in the Six Nations Tournament, which they will begin on February 5 with a trip to Italy.