Robin Simovic hero for Varberg - who won after a blunder

Varberg defeated Öster in the first of two meetings in the qualifiers for the Allsvenskan. Robin Simovic was a big match hero for the away team. The striker struck with two goals in the 2-1 victory. 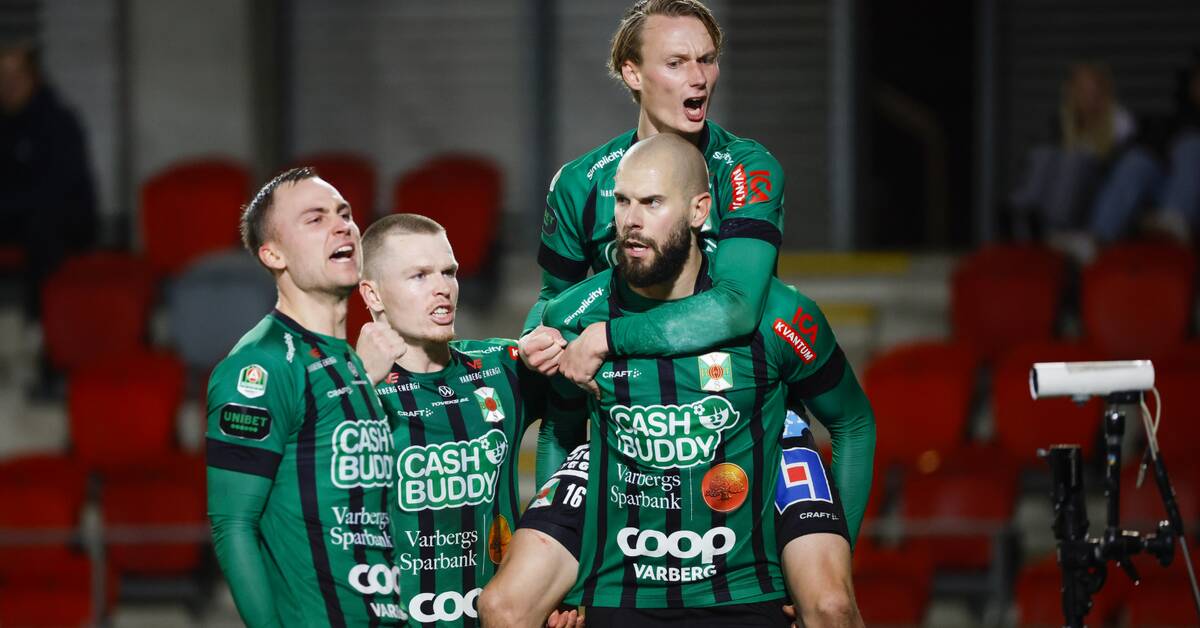 It is an advantage for Varberg in the fight to play in the Allsvenskan next season.

Away against the super-etana team Öster, they turned a deficit into victory.

Much thanks to attacking giant Robin Simovic - who scored both goals for Varberg.

Invitation behind the receipt

It was Öster who took the lead in the middle of the first half.

The home team had a transition situation that ended with right back Tatu Varmenen neatly finding the gap at the far post.

A finish along the ground that was too difficult for Stojan Lukic.

Varberg threatened in the fixed situations, in the 27th minute they were close to equalizing - but the post was in the way.

Instead, it was a home invitation that would result in a receipt.

Rodic nodded the ball home towards his own goalkeeper, something that Varberg's Robin Simovic understood and made the best use of.

The striker twisted the ball in front of the goalkeeper and scored the equalizer just before the break.

- I felt that, with this basis, that anything can happen.

It was a gamble that went home today, says Simovic as the 1-1 goal.

And right in the second half he struck again.

Robin Simovic strongest in the penalty area when he poked in the lead goal.

2-1 was also the final result in Växjö.

And Öster, which was last in the Allsvenskan in 2013, now has a disadvantage to reverse.

The return match is played in Varberg on Sunday.

Then it will definitely be decided which team will play in the Allsvenskan in 2023.