Max Verstappen retains his title of Formula 1 world champion. The Dutch driver was crowned in confusion after his victory at the Japanese Grand Prix this Sunday, October 9. 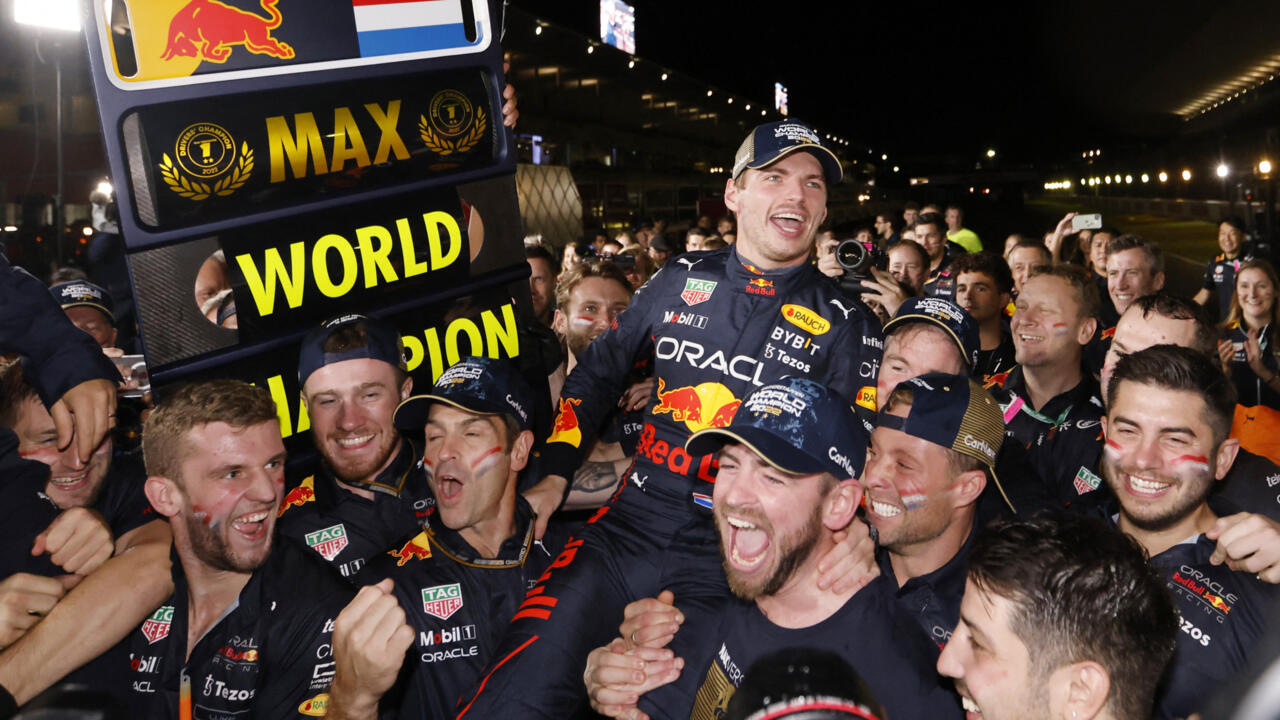 Max Verstappen carried in triumph by his teams after his second coronation in F1.

Max Verstappen retains his title of Formula 1 world champion. The Dutch driver was crowned in confusion after his victory at the Japanese Grand Prix this Sunday, October 9.

Winner of a Japanese Grand Prix long interrupted due to rain on Sunday at Suzuka, Dutchman Max Verstappen was declared world champion in general confusion after a penalty given to Charles Leclerc (Ferrari) just after the finish.

At the end of a race interrupted in the 3rd lap, for two hours, due to weather conditions and two retirements, Verstappen (Red Bull) crossed the line in front of Leclerc and Sergio Pérez (Red Bull).

But Leclerc was finally penalized by five seconds, for having cut a corner on the last lap, under pressure from Pérez, and lost his 2nd place to the Mexican.

This change allowed the 25-year-old Dutchman to be titled, as in 2021, after a very confused end to the Grand Prix.

“The second is more beautiful

At first, he himself did not believe it: questioned hotly, Verstappen was pleased with the victory, but recognized that he would have to wait for the next race in the United States to be titled.

But then Leclerc received his penalty, just before stepping onto the podium, for “gaining an advantage” against the chasing Pérez, which dropped him to 3rd place.

It's crazy, my feelings are shared

The first (title) was a little more moving, the second is more beautiful

," he continued, under the "World Champion" banners deployed.

Verstappen is now 113 points ahead of Pérez, who passes 2nd in the championship, and 114 points over Leclerc.

He can no longer be joined, because there are a maximum of 112 points left to distribute in four races (25 for a victory, 1 for a best lap in the race).

Lunar situation, where Max Verstappen learns that he is World Champion… without really believing it too much… 😅#F1 #JapaneseGP 🇯🇵pic.twitter.com/7gU3RBZ21M