Paris Olympic marathon in the footsteps of the French Revolution

The Olympic marathon in Paris will follow in the footsteps of the French Revolution. One will have the track between Paris and Versailles and back. There was the march that lit the spark to the revolution of 1789. 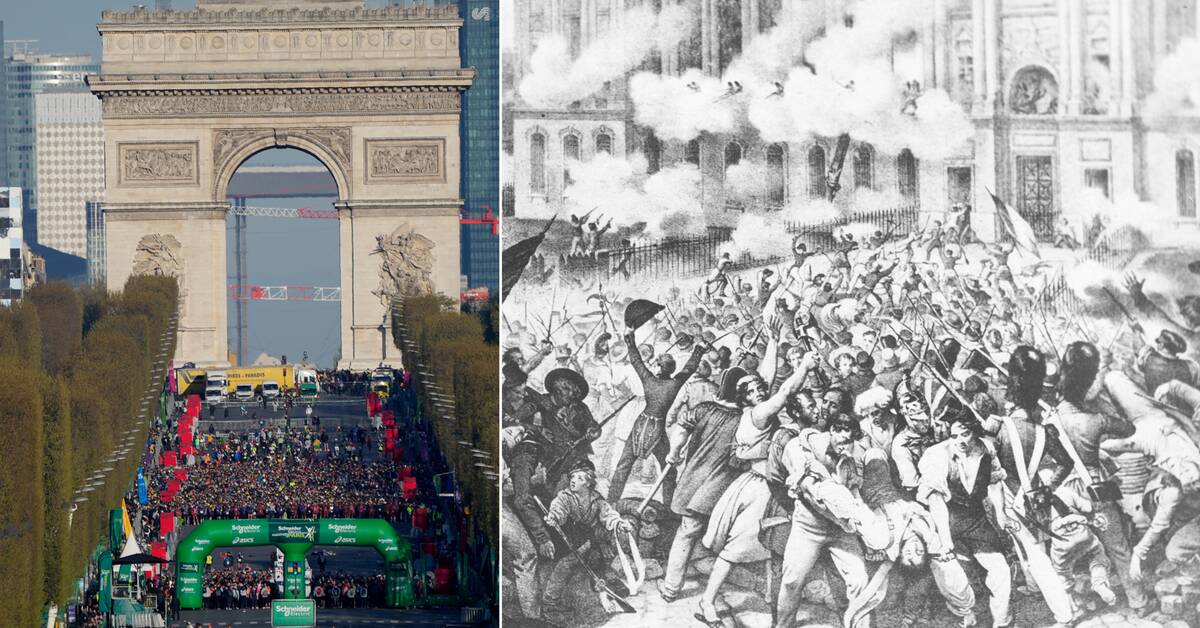 It was mainly women who walked the big train towards the Royal Palace of Versailles to protest against the high bread prices.

King Louis XVI was forced to Paris by the thousands of angry women.

- Paris is the place of revolution, it is a revolutionary city so this stretch of track is important, says Valerie Pecresse who is the head of Greater Paris, Ile de France, according to Reuters.

For the first time since the marathon was introduced for women in 1984, the women will finish and run one day after the men.

Innovative thinking pervades the organization of the games in Paris 2024.

- We want to give a deeper content to our competitions and choosing this course was a good way to show it.

We really want to do something new and different.

- Being able to run in such a historic place and all the symbolism it expresses will be a unique experience, says the Kenyan.

Sports 2022-10-06T20:08:37.585Z
Olympic Games 2024: "A marathon that revisits the history of France", welcomes Tony Estanguet
Sports 2022-10-05T15:32:03.527Z
Paris-2024: the marathon route unveiled with a start and finish in the capital
News/Politics 2022-11-14T15:50:54.855Z
The "Phryges", very French mascots of the Olympic Games to "stand out"
ADS
Sports 2022-10-10T10:16:55.124Z
Sport sets an example: marathon for human rights
Sports 2022-10-10T09:52:07.896Z
Sport sets an example: marathon for human rights
Sports 2022-10-05T19:55:44.568Z
Paris Olympics Marathon Decided on a course to visit famous places such as the Louvre Museum
Sports 2022-10-05T15:44:21.103Z
Paris Olympic marathon in the footsteps of the French Revolution
News/Politics 2022-10-05T16:26:04.454Z
For the Olympics, a revolutionary marathon to the Palace of Versailles
News/Politics 2022-11-18T06:52:01.508Z
INTERVIEW - Virginie Girod receives Loris Chavanette, specialist in the French Revolution and the First Empire, author of "Danton and Robespierre The shock of the Revolution". The Paris Olympic Games Organizing Committee has unveiled the mascot that will embody the Olympic Games: Phryge, who reinterprets the symbol of the Phrygian cap and echoes the French Revolution. At the time, while aristocrats wore wigs by convention, the Phrygian cap was worn by sans-culottes. Just before the overthrow of the monarchy, Louis XVI himself will be forced to wear it! “The French Revolution democratized politics. From then on, everything is political, until today the mascot of the Olympic Games. , summarizes Loris Chavanette. When and why was the Phrygian cap worn during the Revolution? Has it always been red? And why is he so famous in the United States? "The Phrygian cap is a symbol of the Republic, it is also the adherence to a feeling of freedom, which recalls 1789 and also the Terror. It is a bone of contention and it will remain so", insists Loris Chavanette.