Madrid hits less than it plays against a Shakhtar of circumstances

While Xavi cries for what is always cried, the referees, Lopetegui lowers his head, resigned, on the gallows and Simeone tells the usual, because he has earned the right... 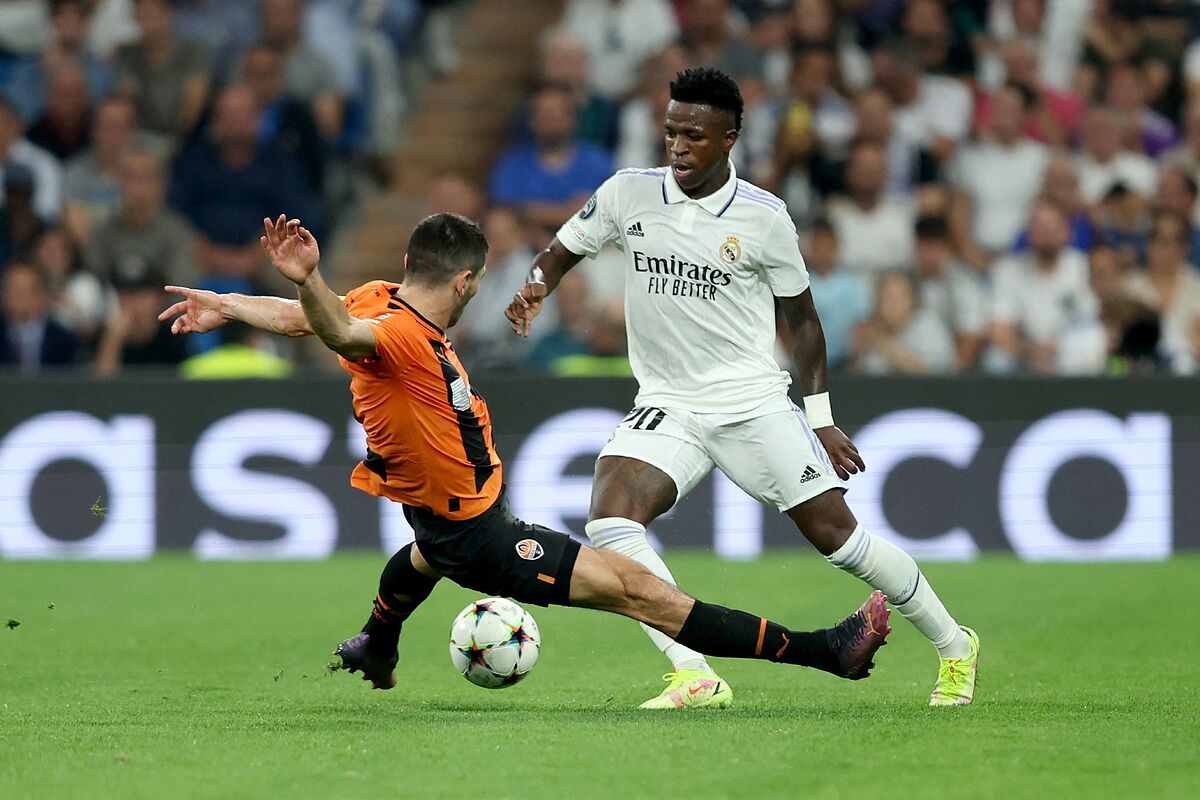 cries for what is always cried, the referees,

lowers his head, resigned, on the gallows and

tells the usual, because he has earned the right to write his own sentence,

adjusts his jacket, it's cold or heat, although not without sweats.

In the first few minutes against the naive Shakhtar, already ahead, he thought like a yachtsman who puts on cruising speed and pours himself a Campari 'rosso'.

In the Champions League, however, that rarely happens, whatever their counterparts and rivals say.

After the suffocation of seeing the thousand and one chances without goals, the European storm over Spanish football, at least, does not reach its length.

The visit of the Ukrainian Shakhtar was the visit of a team at war, so the story was ahead of football.

Condescension is human, but dangerous on a soccer field, which is not a battlefield.

Better to run away from analogies these days.

, when the Bernabéu was preparing for a win in peace, after the first two goals from

It didn't turn off.

, in a race that ended with a missed opportunity, confirmed it.

Madrid made amends, but with more play and creativity than a goal to close the match as their coach would have wished.

Ancelotti's men, in fact, had started threateningly, with very high pressure on an opponent who comes out with the ball played over and over again, with risks that are good principles, but also the principles of suicide.

You have to have the right pieces, it is not football for all audiences.

The inaccuracies gave, then, options to Madrid.

The biggest of all, from

, left the ball to Rodrygo after a pass from

The Brazilian heeled the ball that

He could have done more, although he would later do it in spades.

Rodrygo's position, centered in the area, was not accidental, nor was it the product of a diagonal.

He was placed behind

, as a second striker, in a somewhat different formation from Ancelotti, more in keeping with a 4-2-3-1 than with the usual 4-3-3.

to be kept on the wing, from where he activates his physicality inward, and makes him compatible with Rodrygo in attack.

It is an interesting formula against theoretically weak rivals, because Rodrygo's mobility in the center gives more options to the inside game in positional attack, plus Valverde's contributions on the right.

Madrid's second goal was a test, with a precious combination between Benzema, Rodrygo and Vinicius, finally the finisher.

Rodrygo, in turn, concluded another, although without a goal, already in the second half, in the middle of the offensive frenzy, with the Frenchman always in the process, wall after wall.

TRUBIN AND THE BAD DEFINITION

The ease with which the Whites' attack combined, together with the lack of aggressiveness of Shakhtar's defence, caused the attacking flow to bring chances.

A good part was answered by Trubin, who made a dozen worthwhile saves against all the Whites' attackers, whether they were Benzema, Vinicius, Rodrygo or Valverde.

Rarely has Madrid's offensive game, which usually has difficulties in positional attack and prefers to run, had so many facilities and so much fantasy.

On the other hand, what he sometimes achieves out of nowhere, did not arrive, to Ancelotti's annoyance, with almost thirty shots.

Trubin had merit, but on other occasions the white attackers lacked more skill in the definition.

It was the case of Vinicius, who apart from his goal, had frank occasions to have increased the account.

If the trend of the first half, before Shakhtar's goal, had been maintained, Ancelotti would have given more alternatives to the players on the bench, but the slight difference prevented it.

Until after the hour he did not withdraw

to give entry to

, while the Ukrainians grew thanks to the result.

He later he withdrew Rodrygo, touched.

The time decrease evens out the forces, though this Shakhtar's, without his usual foreign legion from the past, are slim.

He does enough to keep up with his country at war as he did at the Bernabéu without knowing how.