What is behind Trojena, the Saudi Arabian ski resort that will host the Winter Games?

"Where you see desert, we see an opportunity." As a motto it is not bad. But it falls short. A project like this demands more. Saudi Arabia has started building... 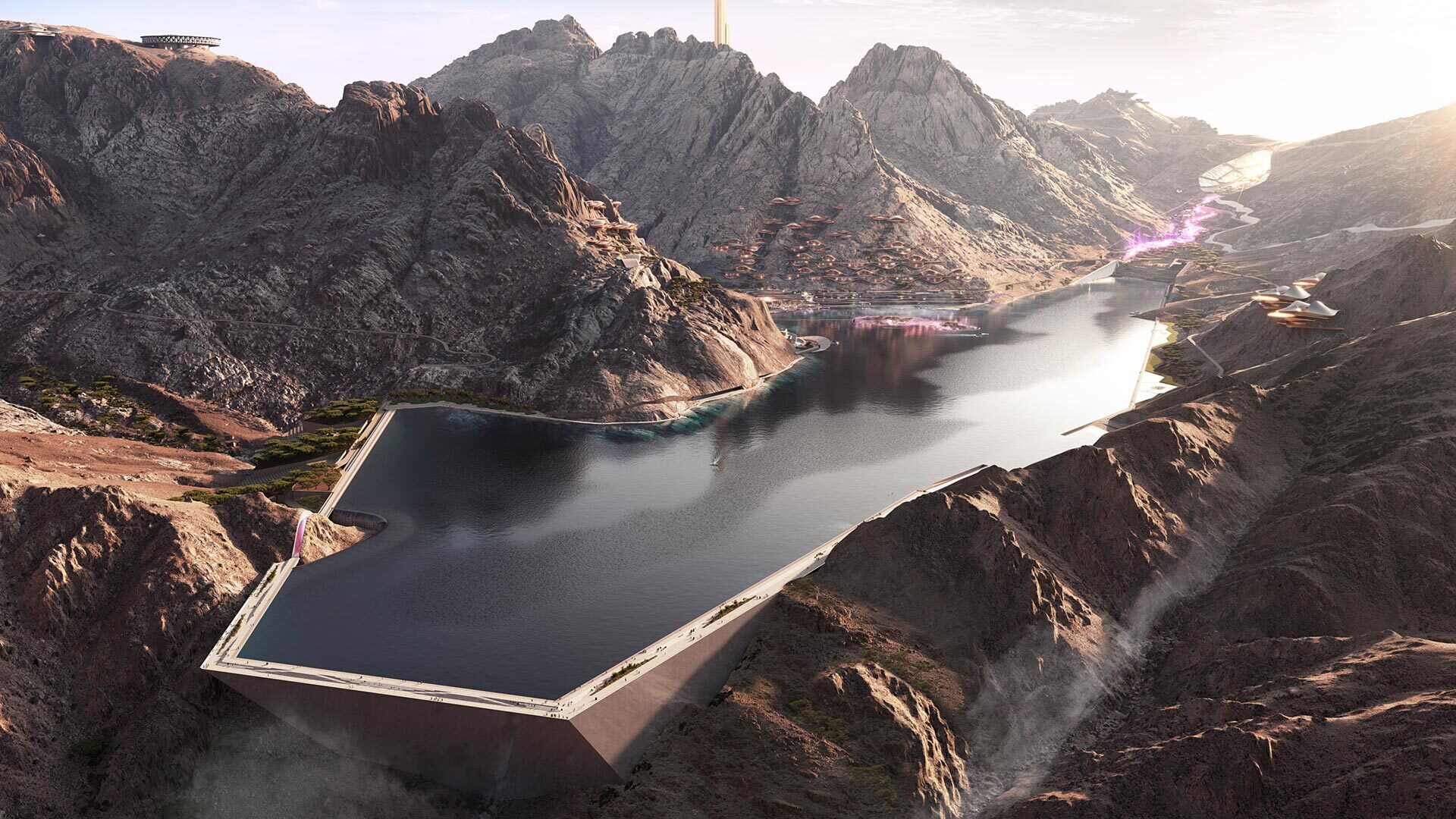 "Where you see desert, we see opportunity."

As a motto it is not bad.

But it falls short.

Saudi Arabia has started building its own ski resort and on paper it will have it all.

Snow to cover a mountain range?

More than 30 kilometers of slopes and all the sports facilities?

A vertical city with the capacity to accommodate 700,000 visitors?

Hotels and mansions around the lake?

More would be missing.

The superstation will be called Trojena, in principle it will be ready in 2026 and it is even offered as a venue: as announced this Tuesday, it will host the 2029 Winter Asian Games. But can you really ski in the desert?

Everything starts from a curiosity and a supermegahyperconstruction.

The curiosity is geographical: Saudi Arabia is a desert country, subject to very high temperatures, but near the Red Sea it has a mountainous area and to the northwest, touching Jordan, around the Jebel al Lawz peak (2,580 meters), it is cooler and it snows in winter.

The supermegahyperconstruction, on the other hand, is human: a huge pipeline is planned that will carry desalinated water from the Red Sea to that mountainous area and will serve to supply the giant lake and create artificial snow when needed.

"We need to raise a considerable volume of water towards the mountains, so the pipe will be one meter in diameter. The lake will be about five meters deep and in front it will form a cliff of about 150 meters, something similar to the Hoover Dam. It is feasible, although we know we're pushing the boundaries. It's large-scale and it's a remote area, but it can be done," says

, the chief executive of Trojena, who once commanded the development of London's Canary Wharf.

Along with him, two Australian architecture studios, Lava Architectures and Bureau Probert, and several posh signings such as

, who was one of the leaders of the British Olympic Committee for 20 years and who is now the sports manager of the Saudi project.

A pharaonic project that is really only a part of another: Neom.

For five years and with a budget of 500,000 million dollars -more than the budget of Spain-, the Saudi Prince

where there was almost nothing, it has promoted an area that should change the face of Saudi Arabia and its dependence on oil.

As a star idea, The Line, that linear city 170 kilometers long and only 200 meters wide that should accommodate nine million residents and be self-sufficient, in addition to having numerous advances.

As a continuation, Oxagon, a kind of futuristic industrial estate stolen from the sea that aspires to receive the largest technology companies in the world along with other companies.

And finally, Trojena, the ski resort.

All connected by a high-speed rail network that already has construction companies, by a huge port and by four airports, one of them already underway.

Neom has already received criticism - for having expelled some 20,000 members of the Huwaitat Bedouin tribe, for example - and of course has raised suspicions.

The conditions of the workers of such enormous constructions, the laws that will be applied there -supposedly more liberal, different from those of the rest of Saudi Arabia- and the benefits for the Saudis are in doubt, but above all their sustainability is questioned.

According to the promoters, everything will be green, there will be no carbon footprint, but experts consider that very, very difficult to believe.

In fact, the project promises to use the brine resulting from desalination as the main source of energy, a method that has yet to be consolidated.

"The Asian Olympic Committee does not give a shit about anything other than money. That or they are geniuses and they know that, as in 2029 there will be no snow anywhere, you can only ski on the sand,"

on the designation of Trojena as the venue for the 2029 Asian Winter Games. It seems that skiing in the desert will be possible.

Another thing will be the cost of being able to do it.