Lack of confidence.. Ten Hag laments the loss in the Manchester derby and justifies not involving Ronaldo

Manchester United coach Eric Ten Hag said a lack of confidence was behind his team's poor collapse in the 3-6 loss to local rivals Manchester City in the Premier League on Sunday. 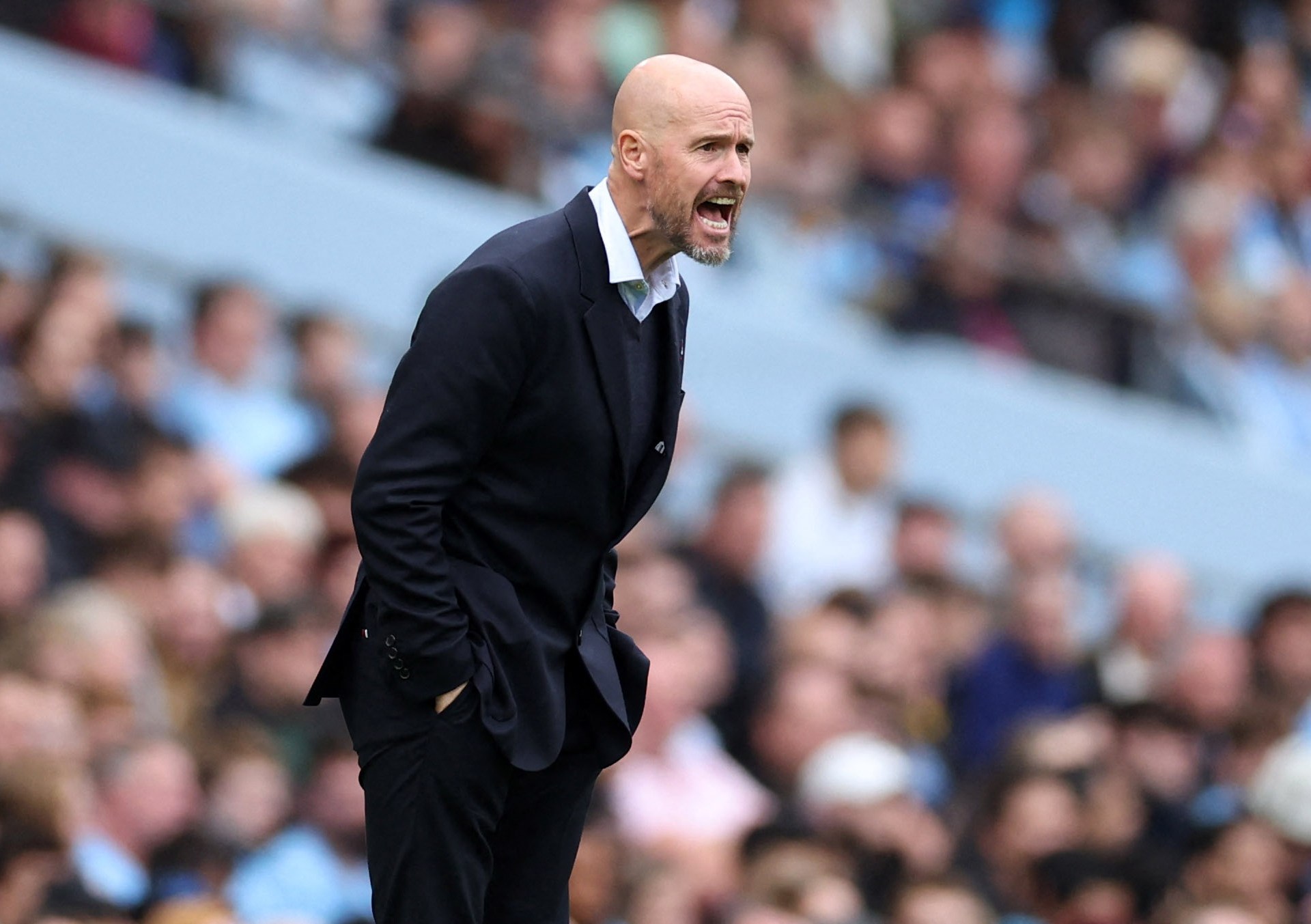 Manchester United coach Eric Ten Hag said a lack of confidence was behind his team's poor collapse in the 3-6 loss to local rivals Manchester City in the Premier League on Sunday.

United entered the summit match today at the "Etihad" stadium after 4 consecutive victories in the league, including the superiority of Arsenal and Liverpool.

But thanks to Erling Haaland's hat-trick and another from Phil Foden, City won with a goal difference that does not give a true reflection of the gap between the two rivals.

"We lacked confidence from the start," said Ten Hag. "In the last 5 games we had a lot of confidence, and today the opposite happened. We don't defend from the front and let the opposition play freely, and during possession we didn't have enough courage, we made mistakes and bad decisions and suffered a heavy loss."

He added, "Mistakes are forbidden in this high level of football, you have to achieve results, but it is normal in our process that we experience setbacks, and we just have to learn from them."

And why did Ten Hag resort to substitute Anthony Martial in the second half to try to compensate, not Cristiano Ronaldo, and why did he not rely on Casemiro again in the starting lineup?

"I didn't bring him (Ronaldo) out of respect for his great career," he said. "Anthony Martial needed minutes and scored two goals. When we signed him (Casimiro) we started winning, it's about the team, the team was doing really well."

"Scott McTominay has been doing well, but I'm sure Casemiro will be important to us in the long term, and he will find himself in the team in the short term, that will come naturally."