The hashtag #Dubai_yellow topped the social networking site "Twitter", after Al-Wasl Club won yesterday against its host Al-Nasr in the "Bur Dubai Derby". Describing last night as "a beautiful night in Dubai" 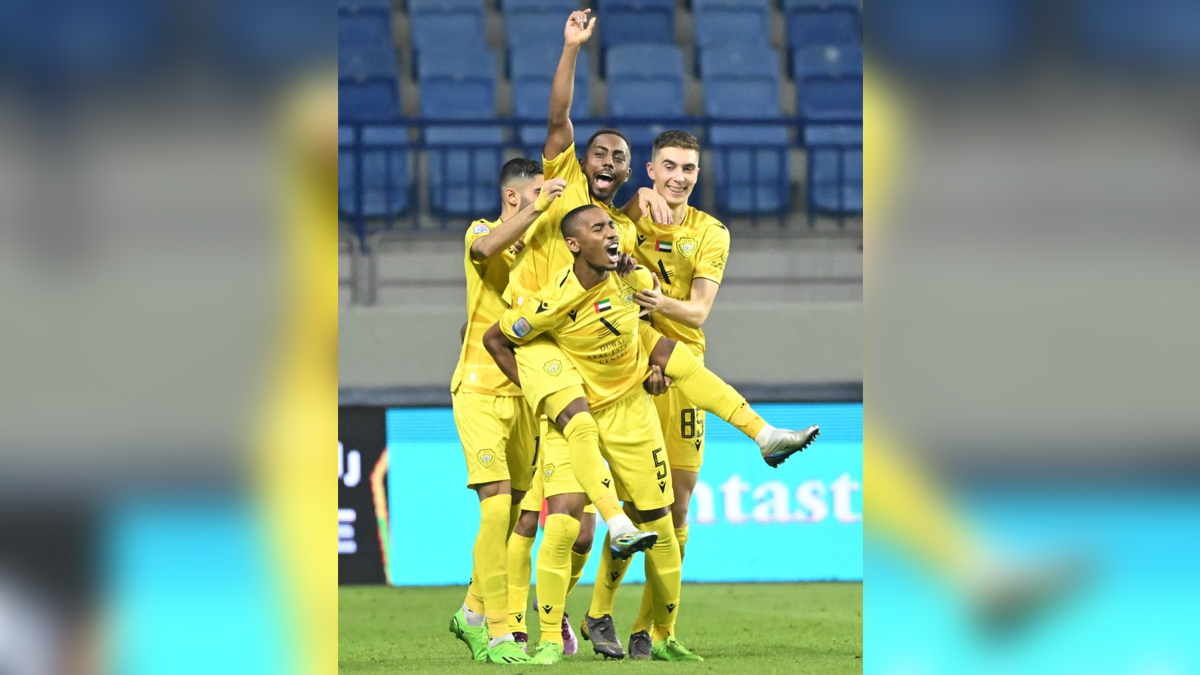 The hashtag #Dubai_yellow topped the social networking site "Twitter", after Al-Wasl Club won yesterday against its host Al-Nasr in the "Bur Dubai Derby".

Hundreds of tweeters interacted with the tag, expressing their joy at the victory of their club, "Al-Wasl", and their pride in it, describing last night as "a beautiful night in Dubai."

And tweeters, through the tag, blessed the Al-Wasl team for its victory over the Al-Nasr team, and through it they expressed the feelings of pride and pride in their club, which they described as a “difficult number.” One of the tweeters said: “Congratulations to you for winning, the greatest team. You have made us happy and you have made our hearts happy.”

Another said: "No matter what we say, we will not be able to fulfill your right, players of Al-Wasl.. You were a source of pride, pride and happiness for us yesterday.. the morning of winning the way we arrived."

Tweeters also emphasized that "Al-Wasl" was the subject of their trust and that he was up to this responsibility, and one of the tweets said: "We trusted you and you led it, the most beautiful team."

Tweeters also described the Emirate of Dubai as the yellow emirate, after it was painted yellow yesterday, the color that expresses the Al Wasl team, and one of them said: "Dubai is always and never yellow.. Congratulations to the Al Wasl fans, the team's victory in the derby. We must take advantage of this victory. And to rejoice today and turn the page for the next match against Al Dhafra in Zabeel.. We had a beautiful night and the next is even more beautiful.”

Another said: "On one of Dubai's beautiful nights, Dubai was painted yellow. Thank you to the fans of both teams."

In a related context, tweeters praised the "Al-Wasl" fans, who wrote a beautiful scene in the stadium, and presented a lesson in love and loyalty. One of the tweeters said: "The fans who broke all the rules of football, and became in every battle they are the host and opponents are guests... What is this creativity, O? Al Wasl Audience.

Another said: "Al-Wasl audience is the best audience... and every time they write the most wonderful stories of love and loyalty... and you prove that they are always yellow."

For their part, tweeters transmitted a group of photos of yesterday's match, which was dominated by yellow, and they also transmitted videos to the audience after the match ended, in which they expressed their joy at this victory.

Yesterday, Al Wasl scored a valuable victory by defeating Al Nasr with two goals to one in the fourth round of the ADNOC Professional League, to raise the "Emperor" score to 8 points, and the "Brigade"'s balance freezes at 5 points.