Lindahl with a double penalty save when Dif won the derby

At 3–1, AIK received a penalty, and a ticket into the match. Then Hedvig Lindahl stepped forward and saved both the penalty and the return, Dif won the derby 4–2. - I know that it means a lot to all the Djurgård supporters out there and the team, she says in Viaplay. 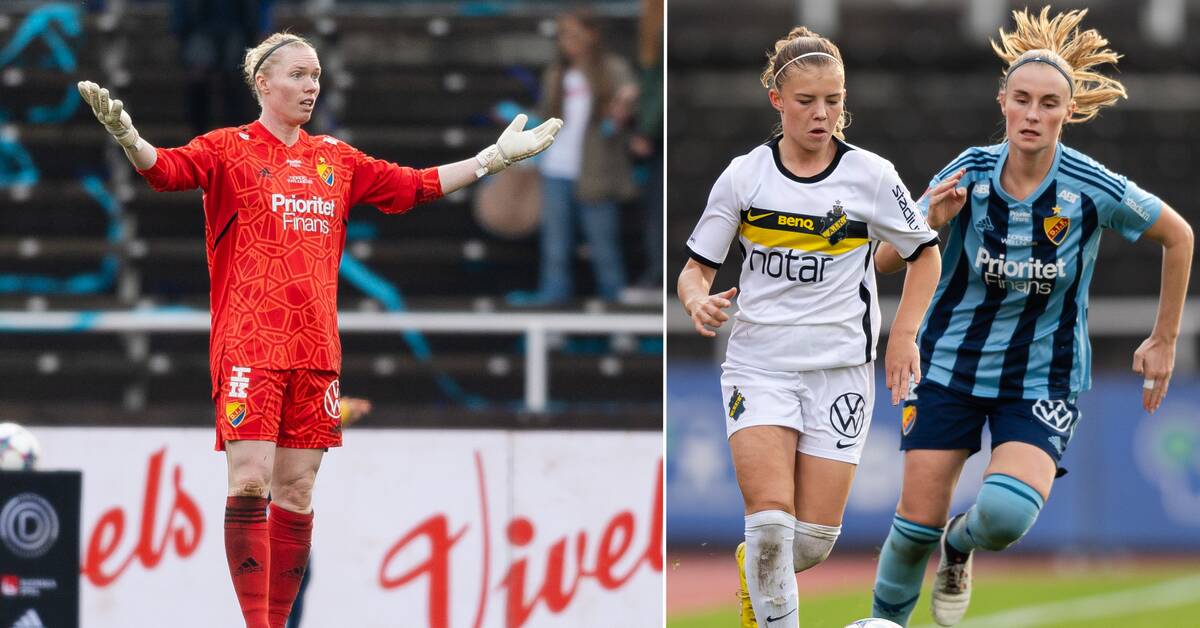 AIK trained extra before Sunday's derby against Djurgården at Stockholm Stadium, to get a feel for playing on natural grass.

It did not bear fruit.

The same Lundin, with a history in both Kvarnsvedens IK and the Spanish top league, also scored 3-0 just before the break.

Before that, Tove Almqvist had placed second.

Wilma Kling Ljungvall gave AIK some hope when she reduced the score to 3-1 in the 63rd minute.

AIK were on their way into the match and with a quarter to go they had a golden opportunity to reduce to 3–2.

Saved the punishment - out of "pure anger"

Remy Siemsen, from Australia, took care of the penalty, Hedvig Lindahl was in goal.

The Swedish national team goalkeeper then stepped forward and saved both the penalty and the rebound she dropped.

- I was quite angry because I didn't get a free kick on the first goal, I was really focused on pure anger, if they had scored 3-2 there would have been a bit of a tremor, she says to Viaplay.

Djurgården held on and eventually won the match 4–2.

- Very happy to get a derby win, I know it means a lot to all the Djurgård supporters out there and the team, says Lindahl in Viaplay.