Over 170 people have died as a result of violence after a league football match in Indonesia. According to the Indonesian journalist Rahmat Idris, the police on the ground have a responsibility in the whole thing. - To disperse the crowds, the police used tear gas, but that worsened the situation, he tells SVT Sport. 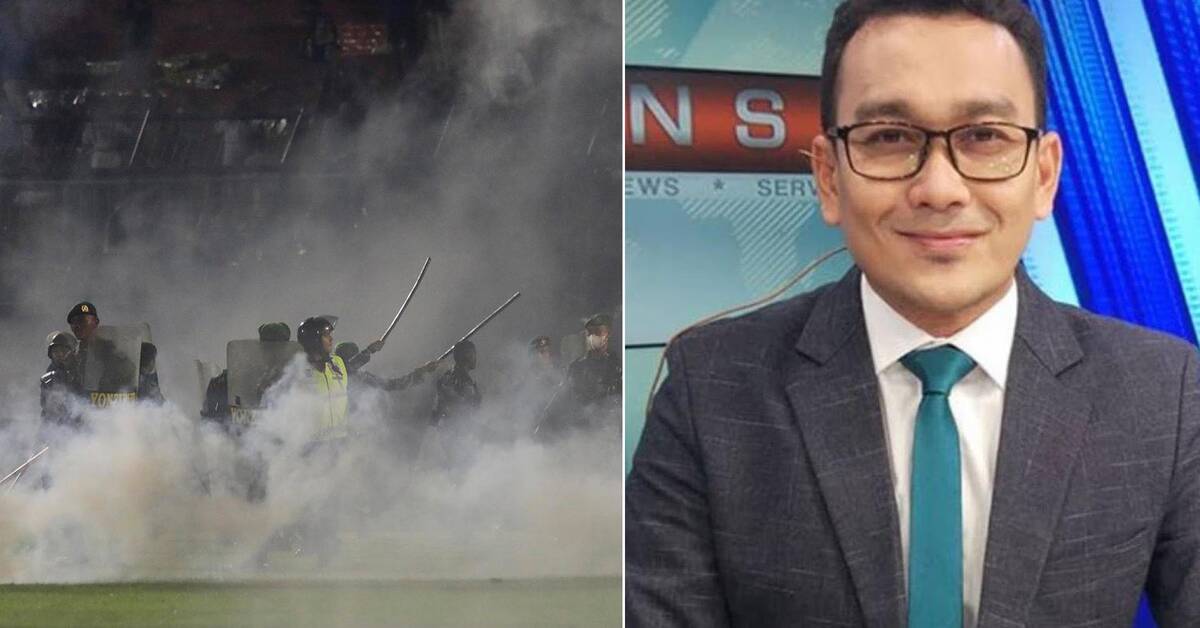 A great tragedy occurred after Arema FC had lost the rival meeting at home against Persebaya Surabaya by 3-2.

Right now, the death toll is around 170 people, but it may increase.

- 34 of them died in the stadium and the rest in hospital.

There are still 200 people in hospital scattered across the region where the match took place, says Rahmat Idris who is a journalist on the state television channel TVRI.

After the match ended, around 3,000 supporters made their way onto the pitch.

- The 3,000 people who got onto the pitch were actually outside the stadium while the match was going on.

But when the referee blew the match off and their team had lost, they broke into the arena and through the security barriers.

Then the police intervened, but they have been criticized for the way they did it.

- To disperse the crowds, the police used tear gas, but it worsened the situation and it can be assumed that it was what caused the panicked flight.

People wanted to get out of the stadium and avoid the painful tear gas, says Idris and continues:

- A Member of Parliament said that it is forbidden in Indonesia to use tear gas to disperse crowds.

The chief of police in Jakarta has flown there to investigate what really happened at the stadium.

"Known to be violent"

It was the first time in 23 years that Arema FC lost to their rivals Persebaya Surabaya at their own home ground.

Idris believes that contributed to the violence.

- They couldn't accept that they lost this particular match, so all hell broke loose, he says.

- But these supporters are known to be violent.

Whether they win or not, they express their feelings through violence.

It is unimaginable to all of us.

Stand disaster in Indonesia – over 170 dead

Many of the dead were trampled to death according to the police.