Character games: why Trusova left Tutberidze for Sokolovskaya, but she can’t run away from herself

Excessive independence and not the best physical condition could be the main reasons for the departure of Alexandra Trusova from the group of Eteri Tutberidze. The queen of quads let herself go after the Olympics, and returning to tight rein turned into an injury. The 18-year-old figure skater, no doubt, is able to make up for lost time, but time will tell whether she can make a qualitative leap under the guidance of Svetlana Sokolovskaya in staging programs, interpreting music or composition complexity. 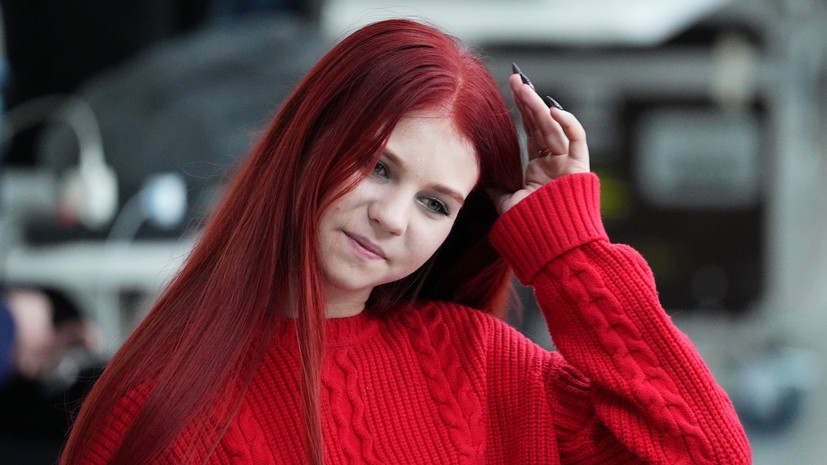 The transition of Alexandra Trusova to Svetlana Sokolovskaya turned out to be strange and expected at the same time.

Expected, because a few months ago it was clear: the figure skater would most likely leave Eteri Tutberidze.

The point here is not the Olympic resentment of the result, although, I know, many people think so.

Rather, it is that after Beijing, Trusova landed in a stalemate.

On the one hand, she seemed to be filled with a desire to continue sports performances, on the other hand, she was covered by the post-Olympic syndrome familiar to any experienced coach, when you want to let yourself go as much as possible: in terms of discipline, loads, regimen, the need to control your own weight every hour, finally.

All Russian champions of recent years have gone through a similar state in one way or another.

And for everyone, without exception, this became the first and, alas, an irreversible step towards the end of a career.

Speaking in August about Trusova’s potential future in sports, I wrote that after a great free skate at the Games and five grounded quads, any decrease in the number of jumps will be perceived as a step back - this is how human psychology works.

Some kind of qualitative leap is capable of saving the situation: in the formulation of programs, interpretation, complexity of composition.

This is a grandiose work, which Trusova obviously did not do.

Perhaps - she didn’t want to, postponing her return to a tight rein for later, perhaps - there was no time, but the fact remains: recent open rentals have shown that Sasha is very far from her usual form - her body has not been tritely worked out.

Not ready for work.

In such a case, the athlete usually covers a lot of not very pleasant sensations.

As soon as a person returns to serious training work, all his muscles begin to hurt very badly, injuries that have ever happened become aggravated and make themselves felt.

It seems that this is exactly what happened to Trusova: she withdrew from the free part of the rental, citing a back injury, but yesterday information appeared that confirmed the version.

Like, the skater was no longer satisfied with the hard training regimen in the Tutberidze group, because of which, according to Sasha, her injuries are aggravated.

The practice of the past years has repeatedly shown: with athletes who are not able to work in the general regime, they do not stand on ceremony at Khrustalny, regardless of any merit.

Therefore, it does not matter at all who exactly made the decision to leave the group - Sasha herself, or she was pushed to this.

Either way, it was a foregone conclusion.

Was this demarche a loss for the already former coaching staff?

In a certain sense, probably yes.

Surely, he once again activates the talk that Eteri Tutberidze is not able to work with adult athletes.

Although in my opinion in the case of Trusova, this is not at all the case.

And above all, in the character of the figure skater, who is used to making any decisions on her own.

It has always been like this, just for the time being, Khrustalny put up with it, kind of letting the process take its course.

But now, what's the point of focusing on an athlete with so many personalities when young, obedient, hard-working and much more motivated are gliding around in crowds?

And when no major competitions are foreseen in the near future?

From the point of view of a professional coaching career, the arrival of an athlete of this rank is, of course, a big image plus and at the same time a great temptation to try to prove to the world that you have coped where your other colleagues have signed their impotence.

But let's try to remove emotions and judge soberly: Sokolovskaya even without Sasha has athletes with great ambitions.

This is not only Mark Kondratyuk and Alexander Samarin, but also Sofya Samodelkina, who joined the team this summer.

To fully work with Trusova, without relegating the rest to the background, is a daunting task and hardly feasible, not to mention the fact that the return of the vice-champion of the Olympic Games to working physical condition can drag on for a much longer period than it seems now.

In other words, if you take a piece of paper, divide it in half and systematically write out all the potential advantages associated with the arrival of Sasha, and all the disadvantages, I personally am not sure that the first column will be more voluminous.

Do not take seriously the version that Sokolovskaya took Trusova to her, because Kondratyuk asked the coach about this?

The paradox here is that Sasha has not really exhausted her sports potential.

All her outstanding predecessors - Yulia Lipnitskaya in the Sochi team tournament, Adelina Sotnikova in the individual championship, Evgenia Medvedeva and Alina Zagitova - in Pyeongchang, showed absolutely the best performances at the Games, their maximum.

Trusova's Olympic rental also seemed to be the best for the skater, but at the same time left the impression that Sasha was only at the beginning of her journey, and not at the peak of her career.

I guess that's why I want to continue so much.

Just for this, the skater herself must understand that grandiose goals are not achieved with little bloodshed.

And that her potential sporting greatness is now in her own hands.