Between whistles and thunder, the Sevilla fans sang "Julen, stay!", although the reasons were not clear. If it was sarcasm, if it was an accusation of the players or... 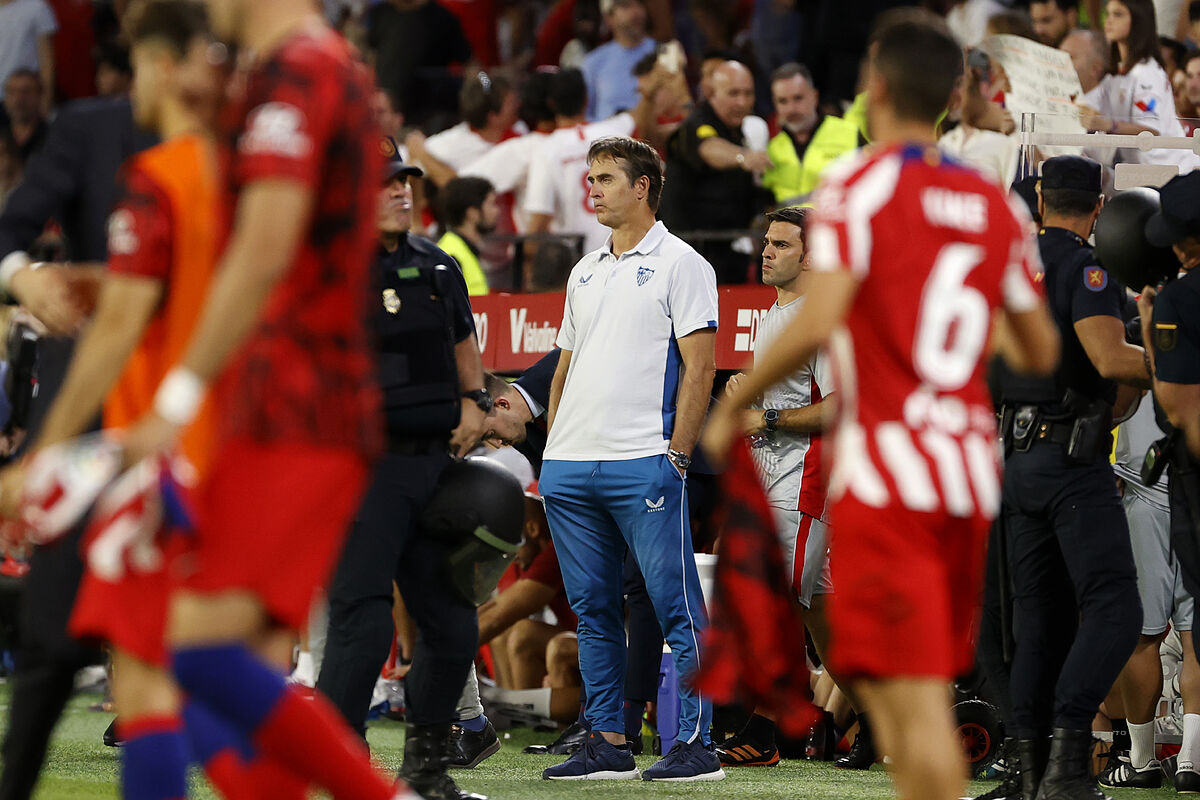 Between whistles and thunder the Sevilla fans sang

, although the reasons were not clear.

If it was sarcasm, if it was an accusation of the players or if, even if the motto was the same, there was a division of opinions.

The only thing that did not admit of doubt was the victory of Atlético de Madrid, so resounding that the 0-2 fell short.

On the afternoon that saw

become the player who has worn the red-and-white the most times (554), and

rediscover the goal a year and a half later, Simeone's men completed their best game of the season.

Those of Lopetegui, the worst of a season start that has not yet bottomed out.

The debut of the Savic-Giménez couple allowed Witsel to occupy his natural position as midfielder for the first time, and the rise of the Belgian in turn freed up Koke and Marcos Llorente.

The one, looser to plot in attack.

The other, to peek up, where it exploded in the year of the red and white coronation.

From his connection, and from a mistake behind Sevilla, the first goal was born: Atlético stole near the area on a throw-in, Koke received on the edge, raised his head and crossed it over the defense.

That's where Llorente appeared, who controlled with his right hand, placed it with his left foot and defined with a

low and crossed right hand in front of Telles

, who had barely been on the field for a few seconds.

It was not the first failure in defense of Sevilla, but it was the first from which Atlético took advantage.

Lopetegui surprised with an eleven full of centrals, with a midfield throwing more cement than fantasy, and that's where his team began to choke.

He had no way to come out clearly

, much less connect in good conditions with Isco and Óliver Torres.

The 'rojiblanco' team took advantage of this mismanagement, pressing forward, determined in transitions, more staggered than they had been until now.