Al-Bataeh hopes to continue his adventure series in the ADNOC Professional Football League, when he receives Al-Wahda, at 5:15 pm today, in the fourth round of the competition. you won't 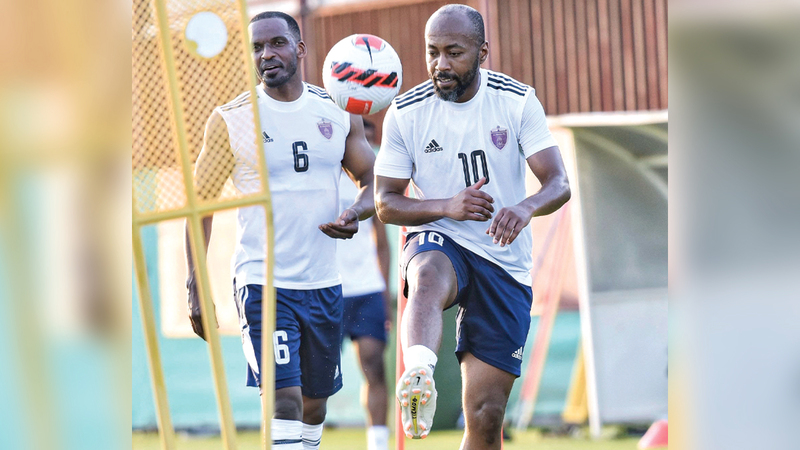 Part of the unit's training in preparation for Al-Bataeh.

Al-Bataeh hopes to continue his adventure series in the ADNOC Professional Football League, when he receives Al-Wahda, at 5:15 pm, in the fourth round of the competition.

Al-Bataeh, the new face of the professional league, did well in the first three confrontations, when he managed to collect six points, winning both against Ittihad Kalba, with two clean goals, and against Baniyas, with a goal without a response, and the loss from Al-Wasl, 1-2.

However, Al-Bataeh submitted a complaint to the Disciplinary Committee against the participation of Al-Wasl player, Argentine Thomas Shankly, but he returned and surprised everyone by withdrawing his complaint, to remain in third place, ahead of the Kalba Union and Al-Ahly Youth, who have the same balance of points.

Al-Bataeh coach, Brazilian Caio Zanard, showed a great deal of work with his team, based on his great experience in the UAE League, which facilitated the process of homogenization with his players quickly.

Undoubtedly, Al-Wahda will come to the Kalba Union stadium knowing the importance of the confrontation, in light of the high morale of the competitor, and the desire of its players to continue their creativity in facing the adults.

The new elements that Al-Wahda brought to its ranks during the last period of suspension will be the focus of everyone's attention, especially Al-Annabi fans.

Al Annabi, during his participation in the past 14 editions, had never gone through the first three rounds without achieving any victory, to be in the 10th place with a point.

The management of the unit was forced to attract three new players, including the prominent duo, the Brazilian Alan Marcos, who came from Everton, and the Egyptian Ahmed Refaat, the player of Future, and the player Walid Hussein was contracted.