Why did the injuries miss Halland? Guardiola reveals the successful plan of Manchester City

Manchester City coach Pep Guardiola praised the Norwegian Erling Haaland, and spoke about the successful plan followed by his team, which contributed to maintaining the fitness of the club's top scorer and preventing him from the injuries that afflicted him in the past. 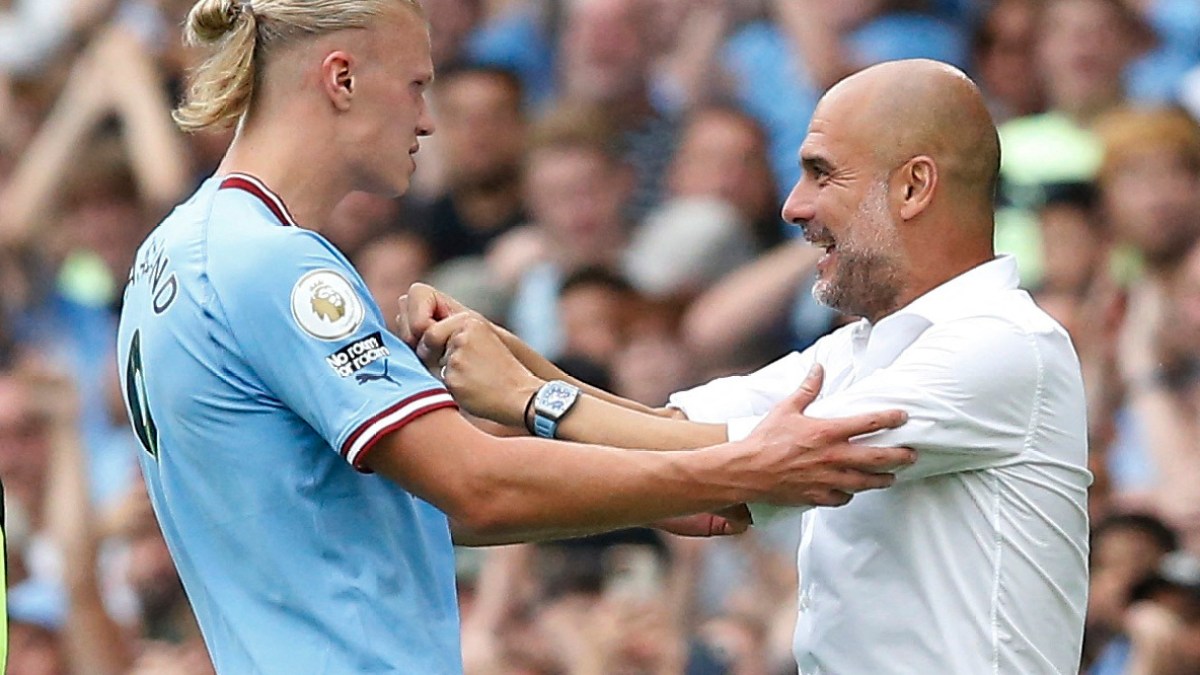 Manchester City coach Pep Guardiola praised his Norwegian player Erling Haaland, and talked about the successful plan followed by his team and contributed to maintaining the fitness of the club's top scorer and protecting him from the injuries that plagued him last season.

Haaland, 22, has made an amazing start since joining Manchester City this summer, scoring 14 goals in 10 matches in all competitions.

Although the Norwegian top scorer achieved good numbers in terms of scoring in his short career, he suffered multiple injuries, and missed a lot last season because of that.

Now that Haaland has featured in every Manchester City match, Guardiola hopes that these injuries are a thing of the past.

"All the club's staff are important, but I have always told the club's management that the most important department is the physiotherapy department, they take care of the feet," the Spanish coach said.

"Haaland suffered a lot of injuries last season with Dortmund, and he came to us with minor problems after undergoing surgery in the summer. He started working here with physiotherapist Mario Pavondi, and others, and thanks to them - and of course his training rate - he can play permanently now. In Last season, that was not possible."

"When the players can play most of the time, the credit goes to the physiotherapy department," he added.

Bavunde traveled with Halland to work with the player during his time with the Norwegian national team during the international break.

"This is not strange," Guardiola said. "In events such as the World Cup and the European Championships, many physiotherapists travel with the players, and Mario is an exceptional physiotherapist."

Haaland will face his next big test, on Sunday, when Manchester City hosts its neighbor Manchester United in the top of the ninth stage of the English Premier League matches.