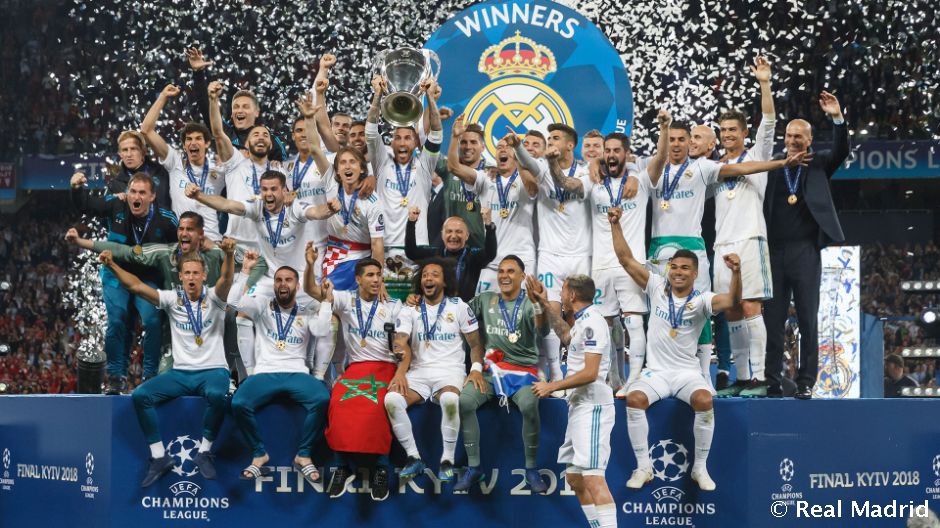 Real Madrid are used to making so many entries in the history books that some of the accomplishments of the team often go unrecognized. The current goal of Carlo Ancelotti's team is to surpass the finest season-opening performance in Madrid's 120-year history.

Los Merengues kicked off the season with great performances that led the team to nine consecutive wins in all tournaments, which included a Madrid derby victory over Atletico in their last league match, which also marked their sixth straight LaLiga win.

According to New Jersey sports betting analysts and experts, Real Madrid are the overwhelming favorites to win the 2022-23 LaLiga title, which would mark their second title in a row, and their 36th overall triumph. However, Barcelona and Atletico Madrid are in the chase to strip Real Madrid's crown and return to the top of Spanish football.

The current campaign is already the third-best season start in club history. Furthermore, Carlo Ancelotti is just two wins away from matching the two best starts ever: in the 1961-62 and 1968-69 seasons, the Miguel Muñoz-led Real Madrid recorded 11 wins at the start of the campaigns.

More than 50 years later, Manuel Pellegrini's seven victories in 2009–10 represent the finest start to a season streak for Real Madrid since Miguel Muñoz. On the sixth matchday of the league that year, Sevilla ended that streak at the Sanchez Pizjuán. Madrid also won seven games in a row in the seasons 1916–17, 1931–32, and 1934–35, despite the fact that many of the games during those times were regional championship matches.

Real Madrid's cross-city rivals, Atletico, presented the first obstacle that could have prevented them from breaking the record, but Diego Simeone's team was defeated 2-1 at the Metropolitano, as Real improved their recent record against the Rojiblancos, who had limited them to just four victories in the previous 13 Madrid derbies.

Following the break for international play, Osasuna will play at the Bernabéu, and then Shakhtar will fly to Madrid for a Champions League match. If Ancelotti's team triumphs in both of those, on October 8 against Getafe at the Coliseum, Madrid can break the record.

Madrid has already defeated Eintracht Frankfurt this season in the UEFA Super Cup, as well as Almera, Celta, Espanyol, Betis, Mallorca, and Atlético in La Liga, and Celtic and Leipzig in the Champions League.

Under the direction of storied Madrid coach Miguel Muñoz, Madrid won the league eight times in nine seasons during the 1960s, an era of prolific trophy production.

Real Madrid won their first eight league games and three of their matches in the European Cup in 1961–1962. On matchday nine of the league that year, Real Oviedo ended that streak with a 1-0 victory at the Tartiere. After the game against Oviedo, Madrid went on to record another six victories in a row, but that setback stopped them from going on a run that might have been nearly unbeatable. With 16 teams competing in LaLiga that year, Madrid finished the first half of the season with 13 wins and just two losses, one to Valencia and one to Oviedo.

They duplicated the record seven years later, at the start of the 1968–1969 campaign: Madrid won their first nine league games, topping the run off with a Clasico triumph over Barcelona. The run also included two European Cup round-of-32 games against AEL Limasol, both of which were held at the Bernabéu. The winning streak ultimately came to an end in the competition's next round against Rapid Vienna.

The longest winning streak for Real Madrid, though, happened much more recently. And it belongs to Ancelotti as well. Between September and December 2014, during the Italian's second season at Bernabeu - in his first tenure with the club - his squad won 22 straight games.

This streak started on the opening day of the Champions League group stage at the Bernabéu against Basel (5-1), and it finished with the final match of the year against San Lorenzo in the Club World Cup final (2-0). The streak was broken by Valencia in the first game of 2015: 2-1 at Mestalla.