Loss for Linus Videll in the derby meeting with Djurgården

Linus Videll is back in Swedish hockey after the high-profile breakup with Djurgården. On Friday night he was pitted against his old club in a packed derby - but it was another returnee who stole the headlines. Marcus Krüger scored the match-deciding goal - and was a rock in box play. 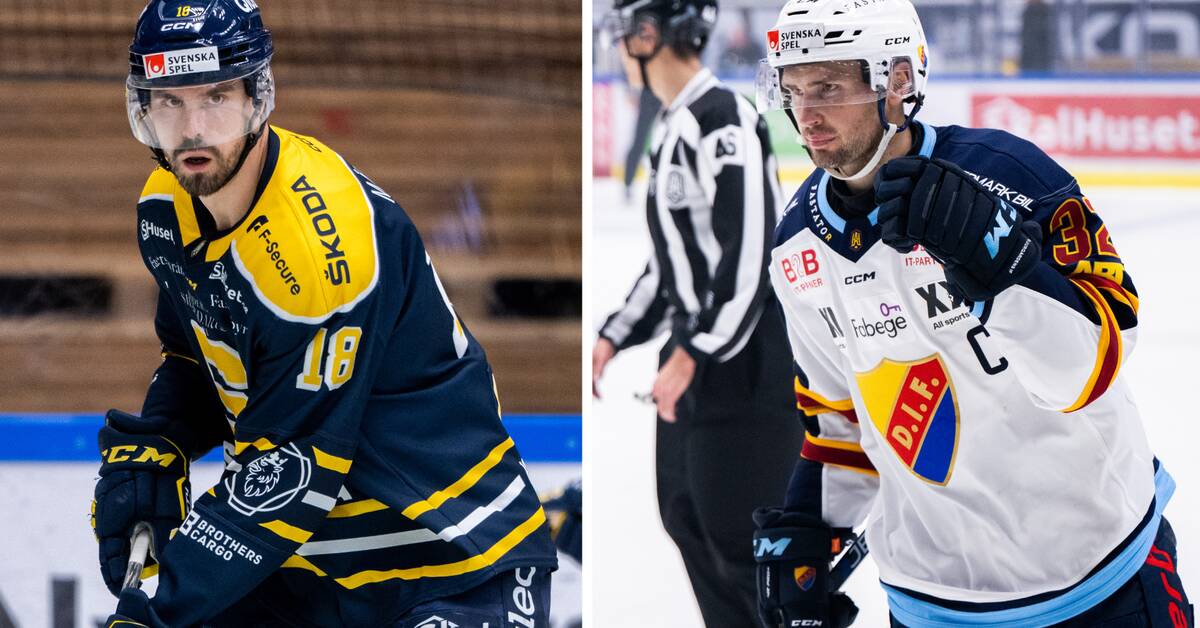 Linus Videll left Djurgården for the KHL team Metallurg Magnitogorsk under high profile in December last year after, among other things, he was stripped of the team captain's armband and relegated to the junior team.

Now he is back in Swedish ice hockey, Södertälje SK to be more specific, and on Friday evening he faced his former club in a packed derby in the Scaniarink - and Videll was really in the mood to play.

The 37-year-old toiled hard all over the ice and was in front and worried Djurgården's goalkeeper Carl Lindbom on more than one occasion in the first period which SSK dominated.

However, Djurgården grew into the match and just over two minutes into the second period, Ludvig Rensfeldt silenced the home crowd with his 1-0 goal.

And it would get worse.

Strengthened by the goal, Djurgården took over more and more and after 7.11 in the middle act, Södertälje's coach Magnus Bogren felt compelled to take a timeout to try to get the ranks in order.

However, it did not have the desired effect and just over five minutes later, Marcus Krüger scored the 2-0 goal on the power play, his first goal in the Hockeyallsvenskan after nine seasons in the NHL and three in Switzerland.

However, SSK had not given up in any way.

At the start of the third period, they sent in an important reduction through Anthony Luciani and a minute and a half later they had the chance to play in numerical superiority for five minutes after Tim Söderlund, a little clumsily, incurred a match penalty for an elbow tackle on against SSK defender Daniel Norbe's head.

However, Djurgården managed to hold on, thanks in large part to Marcus Krüger's sacrificial play in the box play, and win the match 4–1 after Alexander Ytterell slammed in a shot in a five-on-three game with just over five minutes remaining and Rensfeldt put the nail in the coffin with 42 seconds left to play.