The summer transfer period for the 2022-2023 season witnessed a new phenomenon for the ADNOC Professional League clubs, which is changing the administrations of the 14 clubs, the way they deal with foreign player deals, by focusing on the high quality of the names they contracted, in addition to not deviating from the current budgets. 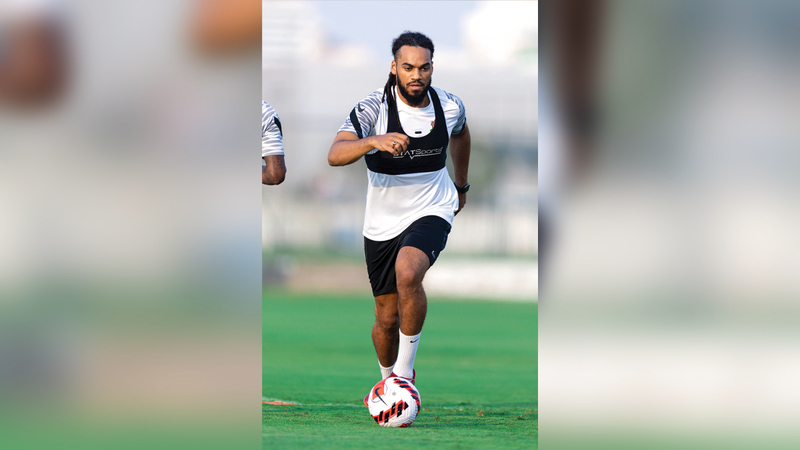 Dealing with foreign player deals in the best possible way

Belgian Jason Denayer is the latest name to be transferred to Dorina in the Al-Ahly youth shirt.

The summer transfer period for the 2022-2023 season witnessed a new phenomenon for the ADNOC Professional League clubs, which is changing the managements of the 14 clubs in the way they deal with foreign player deals, by focusing on the high quality of the names they contracted, in addition to not deviating from the budgets set by the clubs.

The current season, which started on the second of last September, is considered the most prominent in the history of the professional league in terms of player deals, in addition to contracting with a large number of them in free transfer deals without benefiting their previous clubs financially, and limiting the amount paid by each club to the salaries of each player. .

The professional clubs benefited from the closing of the registration door in the five major leagues on the first of last September, and dealt intelligently in their negotiations with players and clubs, especially since many clubs wish to reduce expenses and salaries of players who left their accounts in the new season.

The list of the most intelligent clubs in dealing with the file of deals for the current season is presented by Sharjah Club, which contracted with three names of high caliber, including the Bosnian international star Pjanic in a free transfer deal coming from Barcelona, ​​Spain, and Spanish star Paco Alcacer in the same way from Villarreal, Spain, and finally Greek international Kostas Manolas of Olympiacos Greece.

As for Al-Wahda, it entered the player transfer market by signing the Brazilian star Alan Marcos from Everton, who dispensed with his services and excluded him from his list after the registration door in the “Premier League” was closed.

On the other hand, the league title holder, Al Ain, did not miss the special deals by signing Ukrainian international Yarmolenko from West Ham, in a free transfer deal, as the 32-year-old's contract with West Ham expired last July.

The players' agent, Muhammad Al-Khudairi, confirmed that the contracts of professional clubs in the current transfer period are very good, after they focused on including their needs from players without exceeding the financial budgets specified for each club.

Al-Khudairy told "Emirates Today": "The professional club departments have become more experienced in dealing and managing financial files for each season, and (the summer Mercato) witnessed the contract of many clubs with a large number of players in free transfer deals, whether for national or foreign players, which explains Intelligence in dealing with contracting files in proportion to the budget of each club.

He added, "I see that Al-Ahly youth ignited the season early by contracting the Portuguese coach Jardim, who is one of the big names, while the majority of clubs focused on contracting names that have high technical value, and the same is true for the clubs that contracted with new coaches."

He pointed out that Sharjah has a wonderful model, with the cooperation of the (King) administration and the Sharjah Sports Council in the contract file.

He continued, "The salary that Romanian coach Olario Cosmin receives is less than expected and the amount he was getting in China, and this matter is calculated for the Sharjah Club, while in general, although many of the contracts made by the clubs came in free transfer deals, but there is no Deals are free as mentioned, because there are salaries that are paid to these players, and often these salaries are high and compensate the player for his free transfer, especially as he waives part of his dues to his former club.

• Most of the distinguished name deals that moved to professional clubs came as a free transfer.