Captain and coach-player of a surprising Algerian ice hockey team, Harond Litim cultivates international dreams for his team. But the mountain seems high to climb. 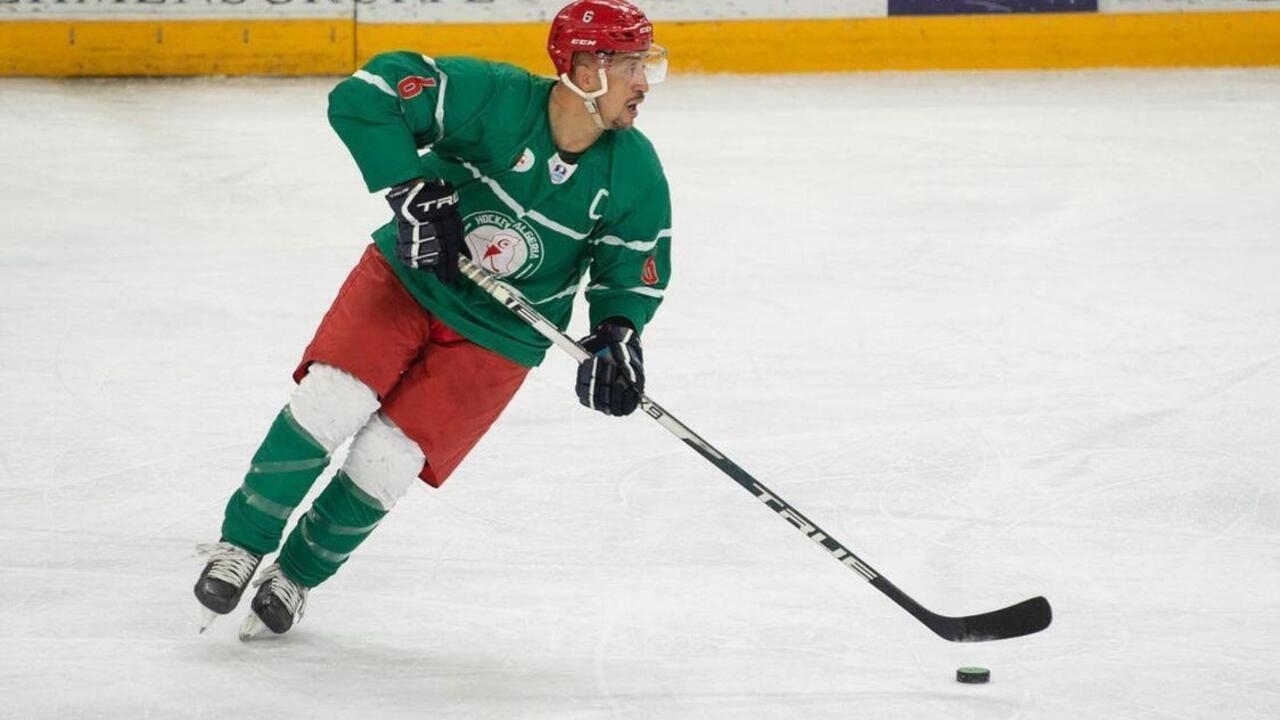 But the mountain seems high to climb.

As in a snowball fight, Harond Litim took the remark in the face when he went for the first time to solicit the Algerian State, through his consul in Vitry (a suburb of Paris), to help with his ice hockey team.

However, no vexation for the former Evry player who still laughs about it today, so much he took the cinematographic reference every time he talks about his team

Not recognized as a federation by the Algerian state

It will first be necessary to convince the Algerian government of the "usefulness" of a team of Fennecs who slide on the ice.

After the consul of Vitry, Harond Litim was indeed answered by the former president of the Algerian Olympic committee: “

But there is no ice rink in Algeria!

What are we waiting for to

do with it”, replies the hockey player who was born and raised in Étampes in the Paris suburbs.

An answer that is not easy to take for Harond Litim, born to an Algerian father from Constantine.

The International Ice Hockey Federation recognizes us, but our government does not recognize us.

Today, we have no help from the Algerian state, because we are only recognized as an association and not as a federation.

Welcome to the IIHF, @Hockey_Algeria!

Stay tuned for more here and on https://t.co/a3saaRfqXE!

In the meantime, the team is solidifying under the impetus of 100% bi-national players playing in France (“60% of the workforce”), Canada (30%), England, Switzerland and Sweden.

It thus won its first match in an official competition against Andorra (14-5) during the Development Cup organized last May in Füssen (Germany).

Litim and his friends beat Portugal after Andorra before losing to Ireland (7-6).

We are aiming for qualification for the world championships

A new experience in the evolution of the Algerian team created 12 years ago.

It's Karim Kerbouche who is at the origin of this team

He was himself an ice hockey player.

One day, he saw on television a certain Josef Boumedienne who was playing in Toronto (Canada).

He said to himself:

"if there is a Boumedienne in this team, there must be other Algerians who practice this sport elsewhere in the world"

. He contacted me, and with other players in France, we made a selection and it was like that

Since then, the Greens have been calibrating through invitational tournaments all over the world: Morocco, United Arab Emirates, Canada, etc.

But too little for Harond Litim who dreams of a bigger stage.

, laughs the player coach of Chambéry who is not yet thinking of retiring at 44 years old.

We are aiming for the qualifications for the world championships, the Olympic qualifications, even if I admit that it will be impossible.

But let us be given the opportunity to represent our country in qualifying for the next World Cup.

In the next five years, I see participation in international qualifications