Two scenarios: what was said about a possible return to the international arena in the framework of the forum "Russia - a sports power"

The Russian Olympic Committee is preparing for two scenarios related to the removal of domestic athletes from international competitions, ROC President Stanislav Pozdnyakov said during the Russia is a Sports Power forum. In turn, the Minister of Sports of the Russian Federation Oleg Matytsin stressed that the ongoing discriminatory policy has not achieved its goals, and the world community will soon realize how much harm it has done itself with rash decisions. 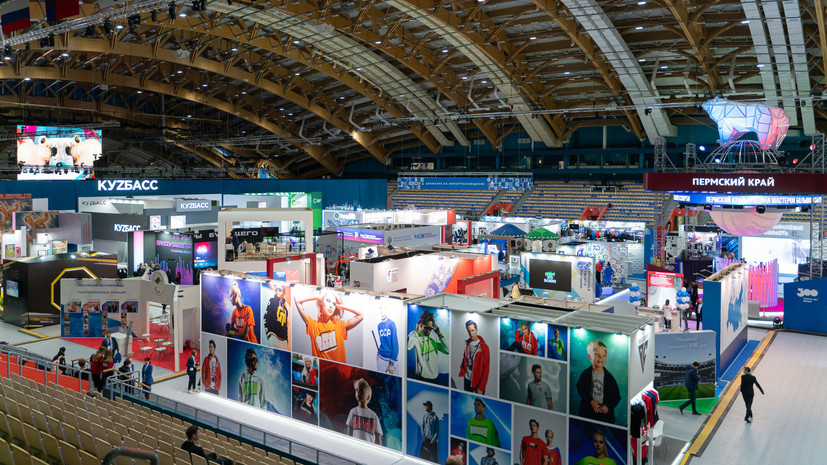 The central theme of the second day of the international forum "Russia - a Sports Power" was the development of sports under sanctions, as well as the discussion of the prospects for the return of domestic athletes to the international arena.

The plenary session “We are together.

The session began with a welcoming speech by Russian President Vladimir Putin, which was read by his assistant Igor Levitin.

“The sanctions aggression unleashed against our country and our citizens have affected many areas, including elite sport.

Russian athletes, in fact, are deprived of the opportunity to represent their country, and the voice of Russia in international specialized organizations is deliberately ignored.

This situation contradicts the very values ​​of sport, the main of which are mutual respect and the principle of "sport is out of politics," the head of state said in a statement.

Representatives of different states expressed their solidarity with Russian athletes at the forum.

This was also stated by the Director General of the Main Directorate for Sports of the Kingdom of Bahrain Abdulrahman Askar, the Minister of Sports of Syria Feras Mualla, and the President of the Balkan Cycling Union Vladimir Kuvalya.

And the honorary president of the National Olympic Committee of Armenia Derenik Gabrielyan, speaking at one of the morning sessions, wondered why the professional community silently met the discrimination of colleagues.

“Sport is out of politics, but now it is not.

A number of countries dictate their own rules in the sports field.

I want to ask sports veterans: why are we silent?

In our case, this is not the case.

We must unite and demand that the international federations and the IOC comply with all the rules.

Athletes should not be victims of any government policy.

Together we are a great force, like heavy artillery in a war.

We must fight for our places in international organizations.

We need to turn to Bach with a demand to change the position of the IOC on sanctions against Russian and Belarusian athletes and allow them to participate in international competitions,” Gabrielyan stressed.

In turn, the Minister of Sports of China Gao Zhidan noted the importance of fruitful cooperation and exchange of experience.

According to him, the athletes of the two countries held a number of joint training camps in various sports, including women's hockey, handball and rowing.

In addition, he stressed that human society is now faced with numerous difficulties and problems, as "the age of change and the age of epidemics are intertwined."

“But the desire of all peoples for development, progress and a better life remains unchanged.

We firmly believe in the unique role and wonderful power of sport, in deepening solidarity and friendship, promoting national development and improving people's well-being.

As a traditional sports power, Russia has a deep foundation and rich experience in the development of sports and has achieved brilliant achievements.

Speaking about the prospects for further developments, the head of the Russian Olympic Committee, Stanislav Pozdnyakov, emphasized that the organization is working taking into account two possible scenarios: the first is favorable, in which domestic athletes will have the opportunity to participate in the Olympics in Paris and, accordingly, in qualifying competitions for them.

The President of the ROC stressed that, despite the scale of the “unreasonable and inadequate sanctions” imposed against Russian athletes, as well as extreme tension in international relations, changes are taking place both in rhetoric and in relation to the leadership of the International Olympic Committee.

These positive signals, he said, give reason to hope that the suspension from the Russians will be lifted in the foreseeable future.

“Many IOC members are now set on the return of Russian athletes.

On the sidelines of the events of the Association of National Olympic Committees, we constantly discuss this issue with colleagues, and the situation is radically different from what it was a few months ago, for the better, ”said the four-time Olympic champion.

He stressed that the main task for the national teams is to be ready for the fact that they will be allowed to the tournaments.

In this regard, he called on state structures to continue supporting the teams, which is extremely important from all points of view, and first of all for athletes who are preparing to defend the honor of the country at the highest level competitions.

“This is their dream, their goal and their desire to prove once again that Russia is still a great sports power,” the head of the ROC emphasized.

The second scenario is more pessimistic.

It assumes a return to the Games no earlier than 2026.

As part of this option, the ROC has developed a new development strategy, which is aimed primarily at the formation of the Olympic reserve.

Its goal is to prepare a new generation of athletes at the highest competitive level in order to enter the top three teams in the team standings at the next Olympics after Paris.

“Our athletes should take part in the Olympic Games.

To do this, it is necessary to maintain full representation in the IOC and other international organizations.

Otherwise, the participation of Russia as a full-fledged Olympic team is a priori impossible, ”said the president of the ROC.

In turn, the Minister of Sports Oleg Matytsin noted that the industry is faced with the task of providing athletes with sufficient competitive practice, which is why new formats of tournaments and events are being created.

From this point of view, cooperation with friendly countries, for example, within the framework of the SCO, BRICS and the CIS, is more important than ever.

He specifically emphasized that the discriminatory policy towards Russian sports did not bring the results that those who introduced it were counting on.

“We are not isolating ourselves, we continue to interact with the IOC, with international federations, but at the same time we put the interests of our national sport at the forefront.

It is self-sufficient for us,” the minister stressed.

At the same time, he expressed confidence that the world community would soon realize the harm that it had done to itself by removing domestic athletes and banning competitions in Russia.

“Such reliable partners as our country can be counted on the fingers.

We brilliantly held competitions of various types - the World Championships, the Olympic Games, and the Universiade - and I can regard the deprivation of international federations of such a potential as the suicide of world sports, ”the official said.