For the first time in history, a female team has climbed a big wall of difficulty 8c. That when the 610 meter high trail Rayu was climbed by three people – one was Swedish Matilda Söderlund. - It is the biggest thing I have ever done and something I will remember for the rest of my life, she tells SVT Sport. 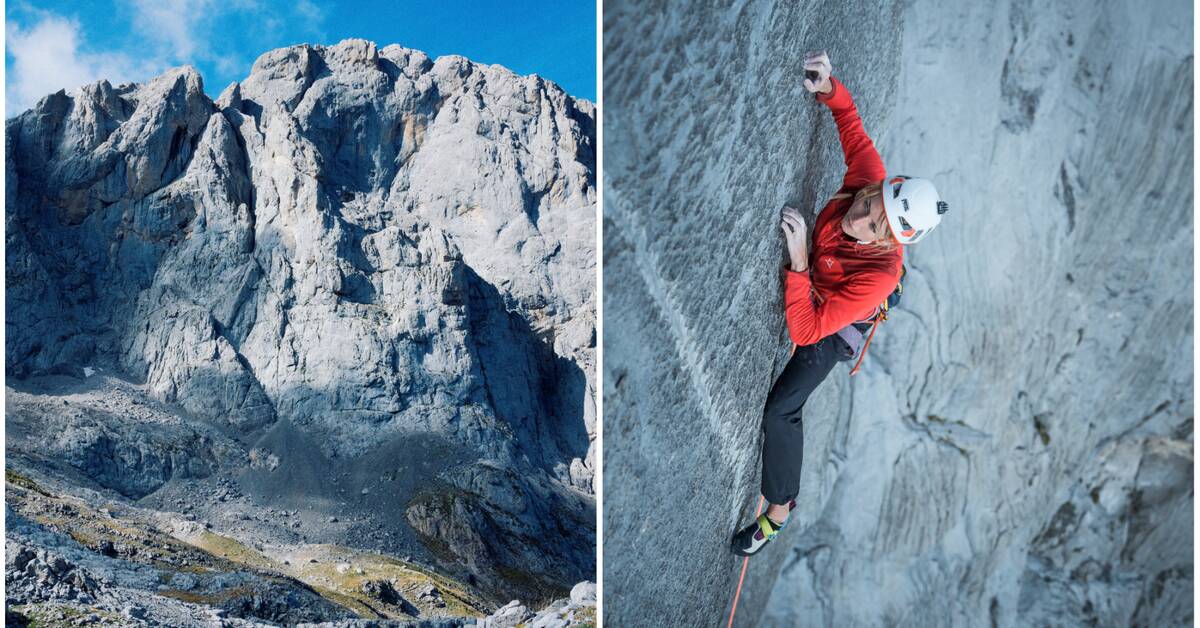 A five-week expedition has recently ended for Matilda Söderlund from Saltsjöbaden.

Since she started climbing as an eleven-year-old, she has worked to become as good as possible and two years ago she became the first Nordic woman to pass difficulty level 9a.

Now her team is the world record holder.

Söderlund and the American duo Sasha DiGulian and Brette Harrington climbed the 610 meter long mountain trail Rayu with sections that have a difficulty level of 8c.

It is a level that neither the Swedes nor any other team has previously managed.

It feels so big and to be able to do it with two of my best friends, says Söderlund.

On the majority of the trail, the climbers had to put in their own belays, something that Söderlund had rarely done before.

We were in the national park in Spain for a month and spent several days climbing the mountain and figuring out how everything works.

Then we did a "push" from the ground where we managed to climb everything in one sweep.

In total, the climb to the top of Peña Santa de Castilla (2,596 meters above sea level) took three days.

The biggest challenge was the 45 meter long rope length (the route consists of 15 rope lengths) with 8c difficulty level, and it was only the Swede and Sasha DiGuilan who managed it.

In the pictures, the mountain road looks almost impossible to tackle.

It was characterized by delicate climbing with very poor grip.

On the 8c grade, you sometimes only got a finger in or it was small micro edges that you could get hold of.

How did you tackle the challenge?

The first day it felt quite overwhelming.

There were many parts of the climb that felt very exposed, where you risked long and dangerous falls.

Then everything started to feel more affordable and in the end we managed everything.

The 29-year-old Swede has been in the World Cup final in climbing and was top six at the world games.

But this hits higher.

- It is still difficult to take in.

See parts of the climb in the player above.