The wheel of the ADNOC Professional League returns to spinning again with the start of the fourth round after a two-week hiatus due to the gathering of the national team and the external camp. 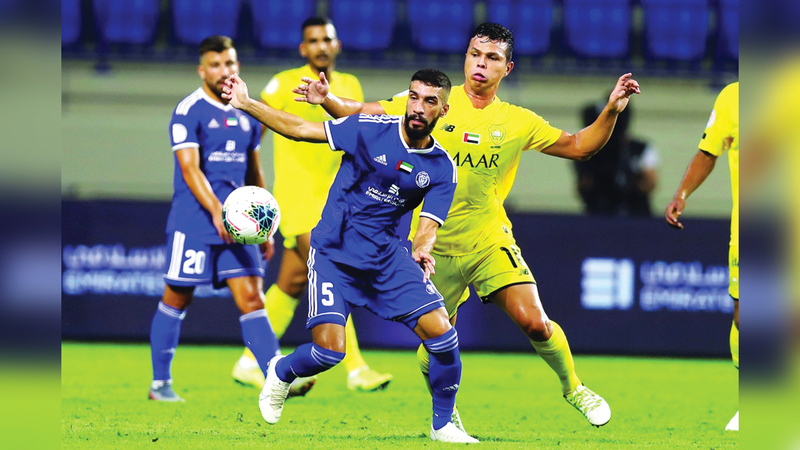 Al-Nasr and Al-Wasl are equal in points on the ranking ladder.

The wheel of the ADNOC Professional League returns to spinning again with the start of the fourth round, after a two-week hiatus due to the gathering of the national team and the external camp.

And increases the strength of the match, the two teams are equal in the same number of points and each has five points, as they refused to lose so far in the first three rounds by winning a match and a draw in two matches, which makes the two teams refuse to lose, in addition to the desire of victory to continue to control the result of the “derby.” » Which he excelled in last season when he managed to win over Al-Nasr back and forth, which makes the match a special character, and the victory contract with the Moroccan talent Adel Taarabt, who was the talk of the media in the last period, motivated the Nasrawi public to return strong and confront the expected Al-Waslawi audience. .

The fourth round will not witness direct confrontations between the leading teams or the competition for the league title, but all of them will be in strong tests, when Sharjah hosts the Khor Fakkan team in an upcoming confrontation that brings together the citizen coach Abdulaziz Al Anbari with his former team, and Al Jazira will go out to face Bani Yas in a match of a special character. Even with the different rankings of the two teams, where Al Jazeera is in the lead with nine points, compared to only three points for Baniyas, who is looking for a return to the right path, and the Al-Shabab Al-Ahly team comes out to face Al Dhafra with the aim of achieving a new victory to continue to be in the competition circle and not move away from Sharjah and Al Jazeera, and the task may be It is easy, especially with the modest level presented by Al Dhafra from the beginning of the season and the loss in three games since the beginning of the season.

Al-Ain, the title holder, is looking for a return to the path of victories after losing five points in the first three rounds, collecting only four points. In the fourth round, it will host the strong Ittihad Kalba team.