Alexander Jeremejeff's journey to the goal success - supported by Behrang Safari during tough times: "Just daring to open the door"

Frustrated and dissatisfied with his game during the last year. Gold position and shooting league leader in search of the Allsvenskan goal record this season. The secret? - I have had some conversations with Behrang Safari, mainly about the mental and such, says Alexander Jeremejeff to SVT Sport. 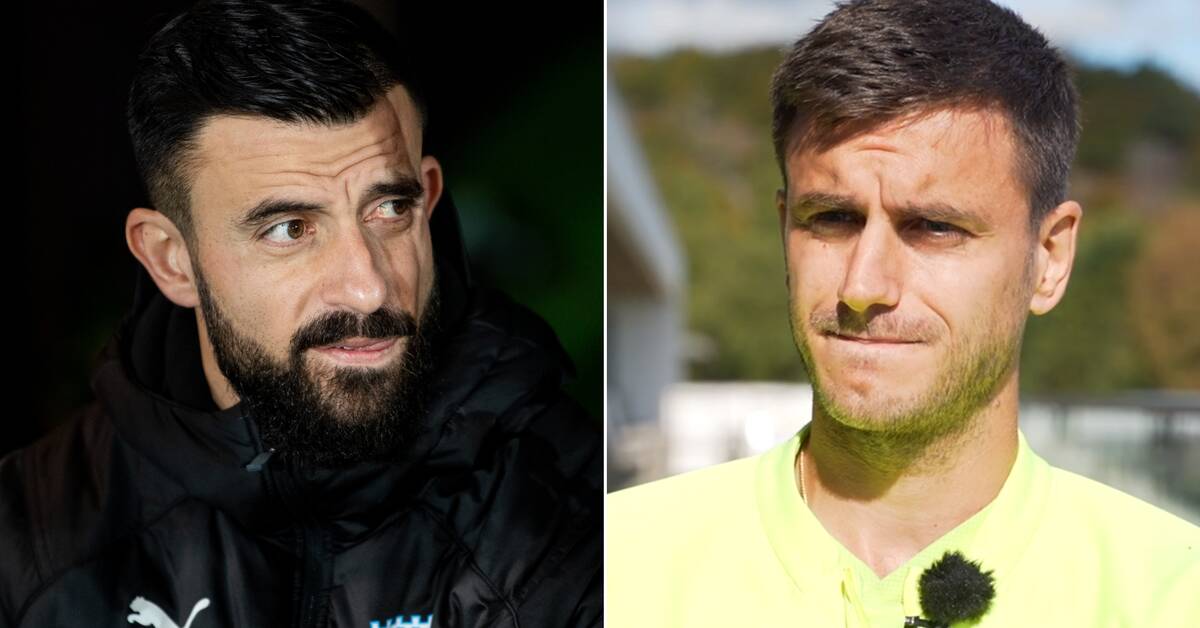 Seven rounds remain and Alexander Jeremejeff - who is making his third turn in Häcken - is in the shooting league lead with his 21 complete hits.

When the striker returned to Häcken last year, the goal was clear: SM gold.

- It would have meant a lot, of course.

They have been here for a long period, I live here and know a lot about the club.

It feels like this year we have built something that is awesome.

I am proud of that, he tells SVT Sport.

The team finished twelfth in the series and Jeremejeff felt that he did not get the game right.

- There was some frustration on my part, game-wise and team-wise.

I had to go to myself and see what I could improve, after that it has become a snowball effect.

Was supported by the former national team member

The upload for this year's season then became special.

The 28-year-old was looking for answers to find fluency in everyday football and was supported by the former national team player Behrang Safari, with whom he played together in Malmö FF.

- I have had a number of conversations with Behrang, mainly about the mental and such.

Jeremejeff believes that he has now become better at being honest with himself during periods of injury and when the game goes against him.

- Precisely to dare to open the door and to be concrete.

I've never done that before as far as I can remember.

Safari: "Talked about succeeding as a player"

Behrang Safari himself believes that Jeremejeff has taken big steps on a personal level.

- You can see that it is a player who wants something.

We have talked about an awareness of what it means to succeed as a football player.

He has undergone such a change, and I really mean in everything, says Safari.

But the help in all glory.

The fact that it succeeded so well has also been due to his being receptive as a person.

- For example, if I had received the same tip when I was in Malmö a few years ago, I probably wouldn't have received it in the same way, says Jeremejeff.

Now he can make his way into the history books.

The last time a player scored 25 goals or more in the Allsvenskan was 1975 when Jan Mattsson scored 31 in total.

The leading goalscorer in modern times is Peter Ijeh, who in 2002 scored 24 goals for Malmö.

- I score goals in situations that I have trained for, it is a pleasure.

I will go for the goal record as long as I can.

INTERVIEW: Hear the full conversation with Alexander Jeremejeff in the player below:

Alexander Jeremejeff's journey to the goal success - supported by Behrang Safari during tough times: "Just daring to open the door"