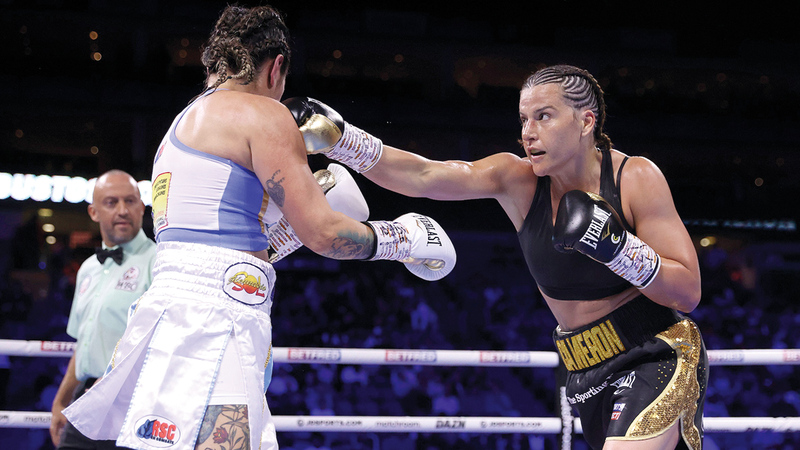 It is held as part of the “Champions Series” activities.

This fight is part of the first “Champions Series” event, which is part of a partnership between the Department of Culture and Tourism - Abu Dhabi and Match Room Boxing Company, and also witnesses an upcoming confrontation during which Dimitri Bevol will defend the WBA Light Heavyweight Championship against the well-known challenger Gilberto Ramirez. With Zordo.

The unbeaten Cameron, known as "El Capo", has racked up 15 unbeaten wins, including eight by knockout, to retain the WBC Light Welterweight Championship since 2020. McCaskill, who has 12 victories, has five Including a knockout for two defeats, for the title of undisputed world champion.