The blacksmiths won the first SC final meeting against the Lions

The fight for the SM gold in speedway began in earnest. But the rain would again prevent it in the first final meeting between the Lions and the Blacksmiths at the Eskilstuna Motorstadion. After a long break in which the teams disagreed on whether the last two heats should be run, the Smiths won 47–42. 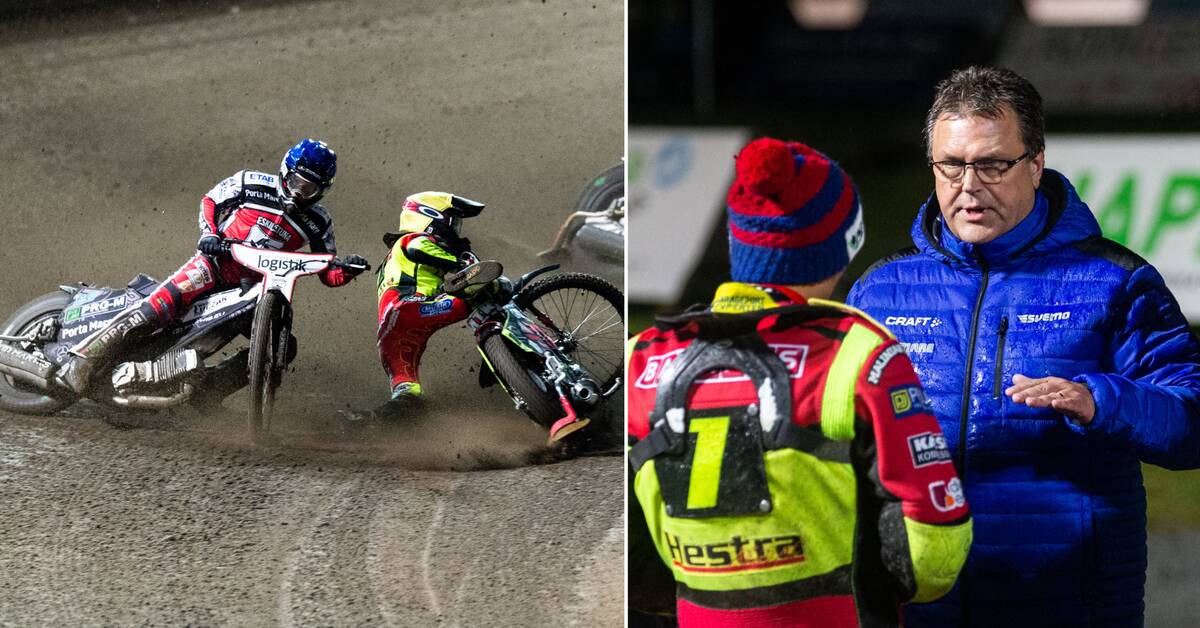 Rain stopped the first final game on Tuesday, but on Wednesday it did not prevent the Smiths from taking an opening victory in the first of two final games against the Lions.

The home team took the lead as WC driver Robert Lambert, who joined the team from the Lions for this season, won the first heat after overtaking Dominik Kubera on the outside.

They made it through 5–0 in the second heat, after both Lions' drivers were ruled out after falling and stopping the heat, respectively, after Henriksson drove into Smeder's Joel Andersson.

But in the third heat, the Lions' newly crowned world champions Bartosz Zmarzlik and Jaroslaw Hampel pulled away with a fifth and in the fourth the team was able to score four new points.

The seven-point deficit had then become one point.

The turnaround was to be completed in the seventh heat when the Lions took the lead, 21–20, after another five.

But it would backfire.

After ten heats, the Smiths led 32–27 after, among other things, two fives.

The last heats, which were allowed to be run in the rain, could therefore be absolutely decisive.

"Such a bad attitude"

3–3 in the eleventh, twelfth and thirteenth heats kept the Blacksmiths' five-point lead intact with only the two nomination heats remaining.

It was different with the substrate, which had been loosened by the rain.

A long break was required to partly prepare the muddy course and partly to get the teams to agree, according to referee Krister Gardell.

The Lions wanted to end the match, while the Blacksmiths wanted to continue.

- They have such a bad attitude, Gardell told C More.

- I'm just trying to piece this together now.

I want fifteen heats, that's what I'm here for.

A while later it was decided that the heats would be run and with 3-3 in both, the Blacksmiths won 47-42.

The decisive final match will be played on October 4 in Gislaved.