Sergio Arribas, a star forged over a slow fire by Raúl: "He blindly believes in him"

"Sergio Arribas". When Raúl González began planning the 2022-2023 season for Real Madrid Castilla, the name of the Leganés midfielder appeared... 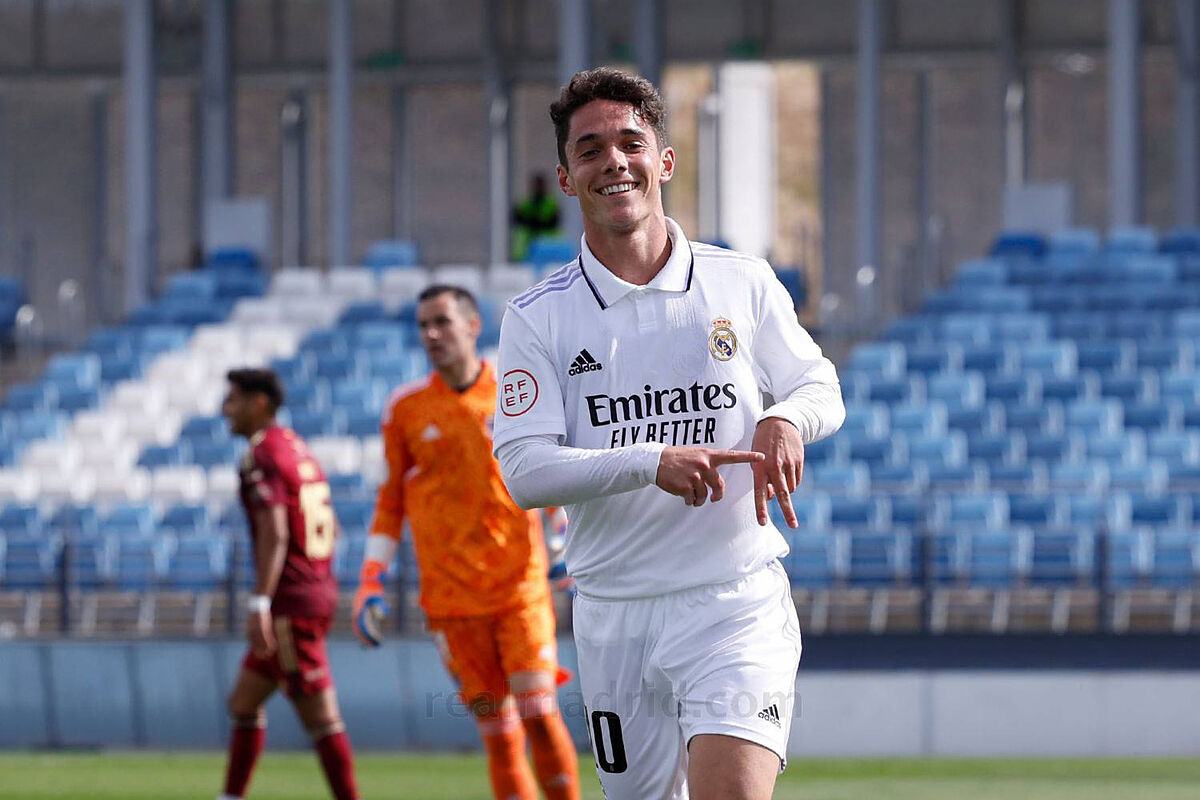 The coach, aware that this course would be his

with the Madrid subsidiary before heading to the upper echelons of the football planet, had, and still has, one goal between his eyebrows: promotion to the

A milestone that would be historic for

and for which he drew up a plan in the summer that always included Sergio Arribas (Madrid, 2001), star, general captain and after five days top scorer in the

This summer, the former Real Madrid captain has let go of part of the

that has grown up with him in recent years, with winning the

as the icing on the cake.

, left back, has signed for Girona, as has goalkeeper

, center back, has gone to Lazio;

A crush from youth B

Raúl has allowed all the exits and has accepted Madrid's strategy with them, except for one: Arribas.

And not to stop his progression, but to finish creating the mold that he has been making with the talented left-hander in recent years.

of him, the player he fell in love with when he came to the

and whom he has convinced to lead the coach's project in the subsidiary for the last time.

the best for you

," the coach has been repeating over the summer to the midfielder, who made his debut with Zidane and who has received calls from

He has rejected all of them, in alliance with a Madrid that has made him the

highest-paid footballer in the subsidiary

, has renewed him until

", they say, that he has had since entered the youngsters of the white team a decade ago:

get a place in the first team

And for that, nothing better than confirming Raúl's suspicions.

Arribas is leading the subsidiary, located in Playoff positions after the first days, and has scored four goals in five games, two of them in Castilla's last duel at the

, under the watchful eye of

The Italian, with a very long squad, has not called the left-hander to any call, but has already noted his name on the list of candidates for when the injuries and rotations of the weeks after the

lurk in his locker room.

Meanwhile, Arribas keeps his foot on the accelerator.

«For Raúl he is

He blindly believes in him and has grown physically and mentally under his command », say those who know Valdebebas best.

From a humble family anchored in Leganés, Arribas has put his university studies on hold to focus 100% on football this season, knowing the personal and group challenge that lies ahead of him.

, in 2012, gave an outstanding boost to the careers of

, who found a place in the first team for a few seasons.

That is now looking for the jewel in the crown of the subsidiary that Raúl is cooking over a slow fire.

No rush, no pause.