Musa and Doncic, two excessive talents: "Luka is like my brother"

There was a time when Luka Doncic and Dzanan Musa's careers ran parallel. Two precocious geniuses of the generation of 1999, born from the embers of the old... 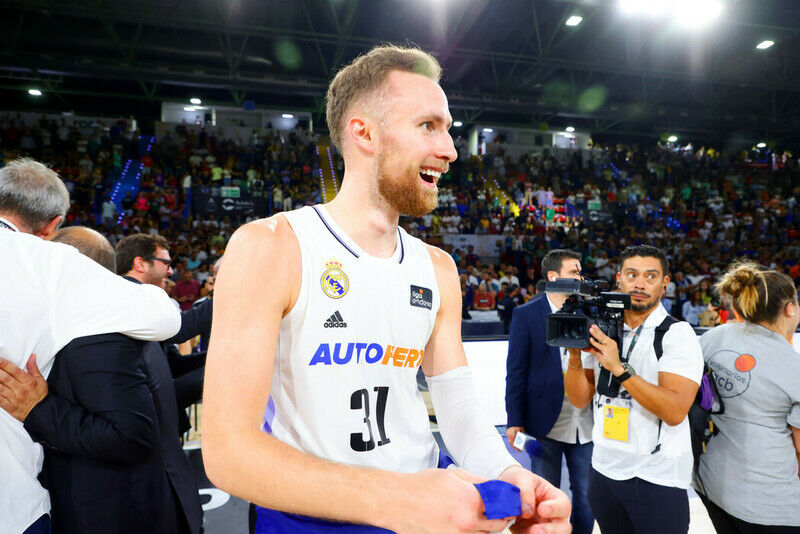 There was a time when

Two precocious geniuses of the generation of 1999, born from the embers of the former Yugoslavia and who, as children (the first 13 years old, the second 11 years old), left home to polish their excessive talent.

But while the Slovenian attacked each new step as if it were his own, the Bosnian's steps began to fall short.

Doncic conquered Europe with Real Madrid and Slovenia, and triumphs in the NBA.

Musa (23 years old) was shipwrecked in the North American league and tiptoed through Efes.

Now, after reviving his career at Breogán (MVP of the Endesa League in his first year), he will try to fill the gap at Real Madrid left by his closest rival.

In his debut with the white team in the Endesa Super Cup, Musa fulfilled a role similar to the one that Doncic had in his day: a generator on a boat who, despite his size (2.05 meters), will spend many minutes with the ball in hands, alternating the duties of manager and scorer.

He has space, because beyond

, the list of bases could generate some doubts in Real Madrid, and the confidence of

, who has entrusted him with the keys to the white attack.

In the first title of the course, Musa averaged 20 points and five assists, and only the exultant final of

deprived him of his second MVP in Spain.

A year ago, Musa landed at Breogán on the recommendation of his agent,

The Bosnian Muslim had been great in the NBA and, after two and a half years without playing, he had not found a place in Efes when he returned to Europe.

He needed to take a step back and Lugo, for minutes and gallons, was the perfect setting to get back on track.

The plan worked, and in his first campaign in the Endesa League he was crowned top scorer (20.1 points).

Tonight in Girona (9:00 p.m.) He starts the second as one of the leaders of Madrid.

The continuous comparisons drew a rivalry between Musa and Doncic.

The Bosnian debuted in the Euroleague with Cedevita Zagreb at the age of 16, just one day before the Slovenian.

That summer, he had given the big knock of him leading Bosnia to a surprising gold in the European under 16 (MVP, top scorer and executioner of Spain in the semifinals).

The following year, he scored 50 points in the Under 17 World Cup against Chinese Taipei.

But as Doncic lengthened his stride, that competition veered in only one direction.

Musa looked at Doncic, and Doncic only at the story.

The simultaneous jump to the NBA crystallized the definitive distance.

Proof of motivation (and distance) is his only match in the NBA, where Musa signed one of his best performances in the North American league.

14 points, which for Doncic would be crumbs.

Proof of the rebirth of the Bosnian was the rematch in the match between Bosnia and Herzegovina and Slovenia in the recent Eurobasket, and that Musa opted for his selection with 22 points.

Before, they had talked about his landing at Real Madrid.

We are very, very, very good friends and we are in contact a lot.

Before the game we talked a lot, especially about Real Madrid," Musa revealed in an interview with the radio program

"He recommended restaurants and other things that I'm not going to say," joked the Bosnian.

Level comparisons have long since lost their meaning, as Doncic's career belongs to a different galaxy.

But in this new beginning, Musa has found support in his intimate adversary, who as a teenager fulfilled a role similar to the one that Mateo will now ask of her.

A generator on a large boat, capable of scoring and directing.

A star who decides with the ball in his hands.