Hezonja and the triples of Real Madrid, too much for Marc Gasol

A great performance by Mario Hezonja (23 points, PIR of 26), especially inspired in the second quarter, and an absolutely lethal aim in the triples were the... 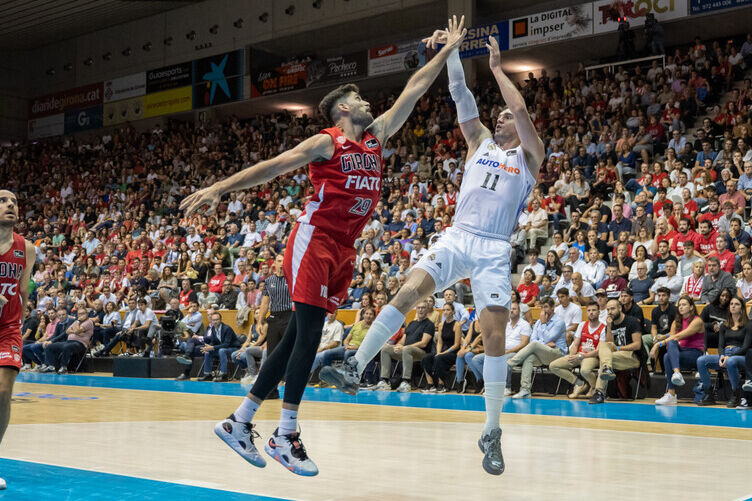 A great performance by

(23 points, PIR of 26), especially inspired in the second quarter, and an absolutely lethal aim in the triples were the keys on which Real Madrid relied to win a hard-fought victory against Girona at the premiere of the new season of the ACB (88-94. On the local side,

(21 points, PIR of 34) showed that he still has a lot to say on his return to the top flight. Above all, if he has at his side a player as talented as

Kameron Taylor (22 points) and the dazzling flashes that

can bring to the team .

, wishing to at least confirm itself as the spiritual heir of that Akasvayu as dazzling as it was ephemeral, signed a start loaded with courage and power led by Gasol.

The player-president, with two triples and his always intimidating presence on the pitch, was one of the keys, along with the aforementioned Taylor and Miletic, for the locals to win 20-8 against a Madrid team initially surprised by a completely explosive start.

, however, kept his men alive enough to make way for three consecutive triples from

that brought Madrid closer (20-17) and laid the foundations for what would be their hit on the table in the second quarter.

Hezonja, with 15 points, only one less in the fourth than the entirety of a Girona that lacked final resolution in their arrivals, was undoubtedly the key for Madrid to turn it around with a 16-28 in the second period .

The Whites, gaining control of the rebound that they had sorely missed until then, stretched to 29-39 against a Girona side that continued to depend too much on the inspiration of Gasol, Taylor and Miletic.

The 36-45 cooled the spirits of a tremendously excited team, but after all debutant in the category.

After the break, Taylor, Miletic and Gasol were once again the main arguments for the locals to come within just one point (55-56).

Shortly before, in addition, the local fans were very upset by a showy action between Miletic and Yabusele in which the Serb spectacularly hit his bones on the ground, but which did not ultimately have serious consequences.

Madrid, with Hezonja a little fallow, but with a tremendous effectiveness in the triples, in spite of everything, managed to disrupt the reaction with a stroke of the pen and ended up leaving the last period with a cushion of 12 points (57- 69).

The locals, with an iron will, managed to cut the 14-point lead to four, the maximum of the game, which Madrid achieved thanks to Yabusele as soon as the last quarter started and tried to resist a fate that many gave for more than insurance beforehand.

, however, exhibiting an absolutely lethal aim in the triples and the experience of some of its key men, managed to survive against the push of a Girona capable of closing a final quarter of 31-25 to end up conceding a bittersweet 88-94 loss.