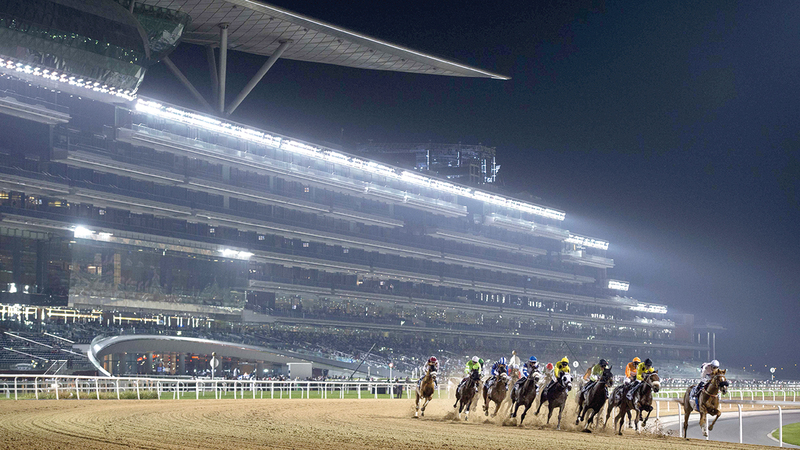 Meydan Racecourse will launch its new season of horse racing on November 4th.

Dubai Racing Club has announced the start of selling tickets for the 2022-2023 horse racing season at Meydan, which begins on November 4th.

The Dubai Racing Club said in an official statement yesterday, "Seven evenings will be held at Meydan Racecourse until the end of next December, before the start of the Carnival (Dubai World Cup) in its new season on January 6, 2023, which attracts the best horses, trainers and jockeys from around the world. All, and continues until the fourth of next March, when it concludes with the evening (Super Saturday), which is a preparatory rehearsal for the evening of the Dubai World Cup, which will be held on Saturday, 25 March next.

Member of the Board of Directors and Director General of the Dubai Racing Club, Major General Dr. Muhammad Issa Al-Adb, confirmed that "Meydan Racecourse is one of the most famous sports destinations in the world, and we are eagerly looking forward to welcoming everyone again for the 2022-2023 UAE horse racing season."

He added: “Throughout the five months of the season, there are plenty of opportunities for the public to enjoy the racing experience and create unforgettable moments through the racing evenings at Meydan that continue until the end of December, followed by the Dubai World Cup Carnival evenings, which will be launched in January next year, in addition to the most popular race. Excitement in the world Dubai World Cup in March».

The statement indicated that race-goers can purchase tickets for the opening evening of the season’s races at Meydan, which is sponsored by Emirates Airlines, and provides a variety of food packages and entry areas at competitive prices, starting from 50 dirhams, and children under 12 years of age are allowed to enter for free.

Dubai Racing Club has confirmed the provision of the Premium Membership Program for the 2022-2023 racing season, which includes a new diamond package starting from 3,895 dirhams per person. .

Additional benefits include a 20% discount on entry tickets to Dubai Racing Club facilities, as well as a 30% discount on food, beverages and room rates at the Meydan Hotel.