“I would work and definitely not think about the transition”: Bogaliy on changing citizenship, mobilizing athletes and biathlon problems

The Ministry of Sports is working to ensure that professional athletes are not affected by the partial mobilization. This was stated in an interview with RT by two-time Olympic champion Anna Bogaliy at a forum in Kemerovo. According to her, there are a lot of problems in biathlon now and it should change so that victories in international tournaments continue when the borders are opened. The executive committee member advised the athletes to focus on work and not think about changing citizenship, and also suggested which domestic start in the new season would be the most interesting. 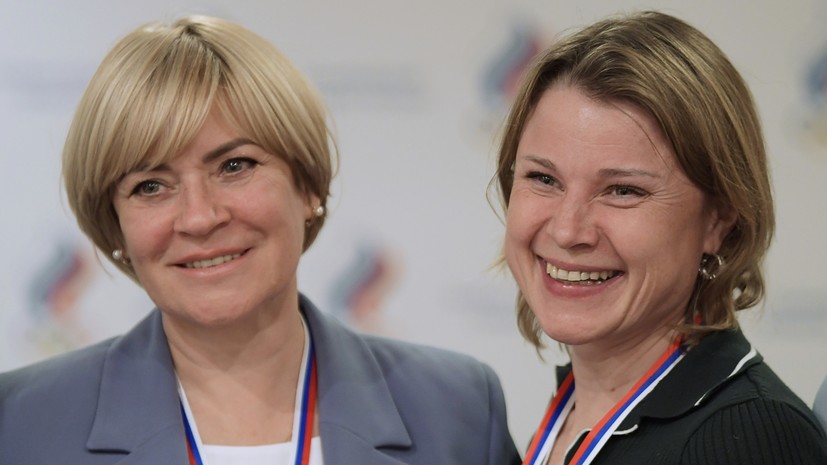 — You have been hosting your own Cup for ten years already, has it become easier to organize it?

It wasn't easy when I started, and it's not easy now.

Each stage has its own questions.

The tournament is alive, it is constantly evolving.

You, too, are constantly developing, learning, not standing still.

In this regard, the forum "Russia - a sports power" is very useful, here you can learn a lot of interesting information from colleagues.

If you want to grow, then you do it.

And all these obstacles that arise along the way are not difficulties, but temporary difficulties that can be overcome with the right approach, involving caring people.

Therefore, I dream that helpers, patrons, and money will come to children's sports.

“I can't say it's reluctant.

Some people just don't know about this possibility.

We all watch the Olympic Games, we all rejoice at victories, but if we don’t invest in children’s sports, then there won’t be these medals, and children will still run in leaky sneakers.

I'm exaggerating, of course, but a lot of work needs to be done in this direction.

- During your speech at the forum, you said that children are inspired by a personal example.

How to deal with this now, when the Russian team is deprived of the opportunity to take part in international tournaments?

- Bring them to Russian competitions.

The guys from the national team are available, they are not hiding anywhere, you can talk with them, see how they work.

But the main example for the child is the parents.

If they spend the day off at home watching TV and gadgets, then children consider this to be the norm.

Although now many people understand this.

I live near the Odintsovsky Park and I like roller-skiing there in the mornings.

So: if I don’t go out at 8 in the morning, then later there will be nothing to do there, the park will be crowded.

And this opens up another problem - the lack of infrastructure.

It is necessary to equip park areas as well.

Since June, I have been a member of the executive committee of the RRF, and I have been immersed in this work.

This is interesting to me, because biathlon is my life.

I see many aspects that need work.

This is both goal-setting and an anti-doping culture.

There are a lot of problems, and we need to change so that victories in international tournaments continue when the borders are opened to us.

- Do you think it will take a long time to wait for this day?

I am an optimist, I believe in the best.

So far, we haven't really missed anything, except for the end of last season and the summer world championship.

In this situation, I'm more worried not even for the main team, but for juniors, for the nearest reserve.

On the one hand, with closed borders, they remain with the main team and can focus on them, grow alongside the best.

On the other hand, you need to make sure that they are motivated and believe that their work does not go to waste.

- And how do the athletes feel, in your opinion?

“They are certainly worried, but we do our best to make them comfortable.

They suggested creating a committee of athletes, following the example of the international federation, so that they could convey some of their problems and questions.

That is, there is a constructive working dialogue.

There is no understanding yet what the main start of the season will be, this should be determined by the Ministry of Sports.

But I think the Commonwealth Cup will excite the fans.

Have you ever put yourself in the place of current biathletes?

What would you do if you were in such a situation?

- I would work and definitely not think about the transition.

I am a patriot of Russia, for me there is no other country.

But among the guys, I did not hear such conversations.

Apparently, we still guide them correctly, aim them.

The most important thing is to give them confidence that we need them, that this is our generation of the future, that each of them is important to us.

When they realize that they are part of a large biathlon family and can progress with certain work, then these questions will disappear by themselves.

- Does the mobilization that is being carried out in the country put any pressure on the team members?

- As far as I know, the work of the Ministry of Sports is being carried out in the direction so that professional athletes are not affected by mobilization.