“He was wrong, somewhere frivolous”: the ex-director of the Chertanovo football academy was sentenced to three years in prison

The court sentenced the former director of the Chertanovo football academy, Nikolai Larin, to three years in prison in a penal colony, as well as a large fine for fraud on an especially large scale. The specialist was accused of deliberately overestimating the number of players in the school and thus illegally received more than 36 million rubles. According to Larin, this money was needed to ensure decent salaries for coaches and create good conditions for training, and he did not use a penny for personal purposes. For 13 years of work as a functionary, many famous football players have left Chertanovo, some of them are called up to the Russian national team today. 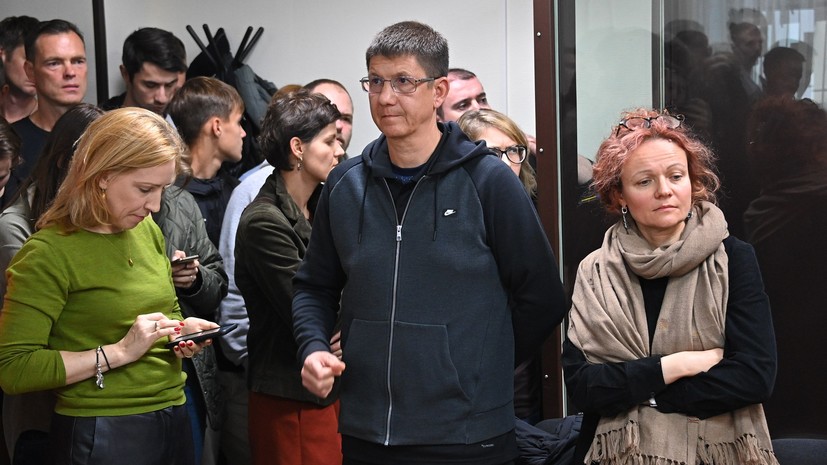 Zamoskvoretsky Court of Moscow sentenced the former director of the Chertanovo football academy Nikolai Larin, finding him guilty of fraud.

He will spend three years in a general regime colony, and will also have to pay 20 million 211 thousand rubles to the Moscow Sports Committee.

159 of the Criminal Code of the Russian Federation (fraud committed by an organized group on an especially large scale).

According to investigators, Larin deliberately overestimated the number of players at the school in order to receive additional funding.

The total damage from his actions exceeded 36 million rubles.

As judge Larisa Semyonova noted, the specialist's guilt has been fully proven.

However, no aggravating circumstances were found in the case.

“Larin received money by deceit, which he disposed of at his own discretion.

The sentence is mitigated by a confession, positive testimony, the presence of thanks, a partial admission of guilt, ”the Championship quotes Semyonova as saying.

Lawyers for the specialist intend to appeal the court's decision.

However, to achieve a review of the case, apparently, it will be quite difficult, since the testimony of some witnesses was not even considered, considering them to be interested parties.

Although not only academy students spoke in court, but also the head coach of Rubin, Leonid Slutsky.

Almost the entire team of "Wings of the Soviets" is made up of players from the Moscow school.

“One of the bloggers summed up the data for the last five years: Chertanovo has more successful RPL players than any other academy in the country,” Larin noted in a February interview with Match TV.

At the same time, in his last word, the specialist emphasized that he did not use a penny of the funds received for personal purposes.

And the "dead souls" were necessary solely to ensure a decent salary for coaches and create comfortable conditions for training.

He provided copies of payment orders to the court, where it is clearly stated where the money went.

“I understand that I was wrong, somewhere frivolous: I knew that we were doing a good and useful thing, so I thought that one could turn a blind eye to some things.

It was my dream to make the best state academy, so now I am responsible for this.

At the same time, I would really like people from various sports departments to pay attention: all the standards, the whole system for preparing the reserve is already outdated - it needs to be revised, ”said Larin.

At the same time, the ex-director of Chertanovo, in a recent interview with Sport-Express, drew attention to the fact that the school was almost the only one who finally began to earn money.

Although, in addition to the academy, in parallel, it was necessary to maintain a team that played in the FNL for three seasons.

“I am accused of illegally receiving 36 million rubles in two years due to extra lists of students.

However, no one remembers that I attracted more than 200 million rubles to the school through the sale of football players.

This is 200 million times more than all other public schools combined.

In the rest, only agents earned.

And no one remembers that if it weren’t for my work, the school would never have been assigned the highest status and would not have been given 55 million, which is actually twice the alleged damage caused, ”the specialist explained.

However, the court was not convinced by all these arguments, and Larin did not deny the fact of fraud, and therefore was found guilty.

In the football world, the verdict surprised many.

“All the damn guys are in shock now.

I believe that Nikolai Yuryevich will be released on parole as soon as possible.

But I don’t think that the appeal will change the situation, ”the Championship quotes him as saying.

According to him, this verdict will be a blow to youth football and can cause enormous harm to it.

“The man who has done the most for youth football in recent years... This is how they treat him.

Was there hope for a positive outcome?

Unfortunately, this is how it ended for us, ”the player admitted.

Larin himself tries not to lose heart.

He touchingly said goodbye to his subscribers on social networks and promised to tell them, if possible, how things will turn out for him.

“If you see this post, then I left you for a while.

But I am proud of our school, staff and my work.

And our graduates, of course... Some news about where I am and how (if there is such an opportunity) will appear in my social networks.

If possible, do not unsubscribe from me.

I love everyone,” said the expert.