“Competitions as a show or a rock concert”: what do you remember about the first day of the forum “Russia is a sports power”

Anniversary, X international forum "Russia - a sports power" began its work in Kuzbass. On the first day of the event, the participants discussed the promotion of mass sports in the country. According to the former biathlete Anna Bogaliy, a positive example of both media personalities and the immediate environment plays an important role. Aleksey Smertin noted that football itself can be a tool for promoting sports. And skier Veronika Stepanova urged her colleagues to actively develop personal brands and maintain social networks. 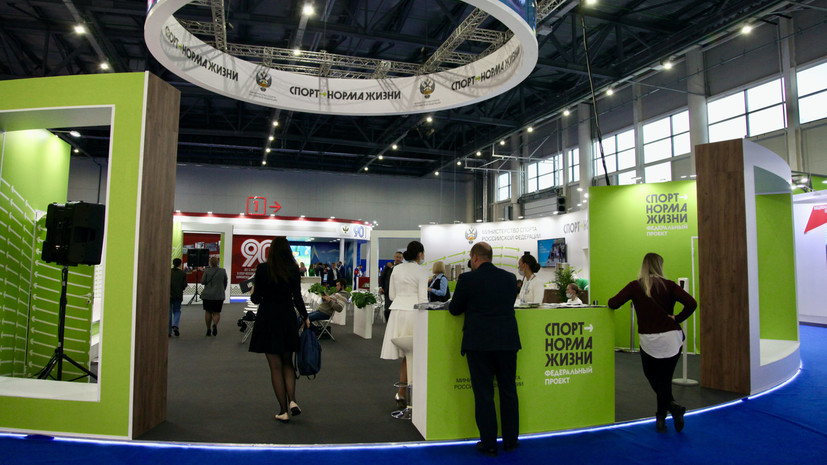 On Wednesday, September 28, in Kemerovo and several other cities of the region, the X International Forum "Russia - a Sports Power" started.

In addition to domestic specialists, it was attended by representatives of Azerbaijan, Armenia, Bahrain, Belarus, Iraq, Kazakhstan, Pakistan, Serbia, Syria, Tajikistan and Uzbekistan.

Kuzbass was probably not chosen by chance as the venue for the forum: in 2021 it won the National Sports Award as the region where access to infrastructure for all residents is most developed.

It is reported that 67.9% of the population is regularly engaged in physical education.

It is symbolic that the program of the event was opened by a session called “Best Practices for Popularization of Mass Sports”, during which representatives of different regions and federations shared their experience in this area.

In particular, ex-football player of the Russian national team Alexei Smertin, who heads the project office for sustainable development and social responsibility of the RFU, spoke about the specifics of working with people with disabilities.

According to him, such a structure is the only one among all the federations in the country, and its main task is to involve as many people as possible in football.

At the same time, the former athlete stressed that he considers his current mission to be much more important than his playing career.

“There is a huge competition in football, only 1% go to the professional level, and I was lucky to be in that number.

I consider what I am doing now more important, because I have already satisfied all my ambitions.

And now I have the opportunity to socialize people with disabilities through the ball, and this is wonderful.

Football is the tool that unites, gives a sense of community, ”concluded Smertin.

According to the former biathlete, this year the tournament also celebrates its tenth anniversary.

She admitted that its formation was not easy, and to this day the organizers are facing difficulties.

“And when I started, it was not easy, and now it is not easy.

Each stage has its own questions.

The tournament is alive, it is constantly evolving.

You, too, are constantly developing, learning, not standing still.

In this regard, the forum is very useful, here you can learn a lot of interesting information from colleagues.

If you want to grow, you do it.

And all the obstacles that arise along the way are not difficulties, but temporary difficulties that can be overcome with the right approach, involving caring people.

Therefore, I dream that assistants, patrons, money will come to children's sports, ”she said.

The athlete also lamented that funding in Russia follows the principle of an inverted pyramid: the most money is received by the national teams that are at its top, and the children's level, which underlies everything, is often on the sidelines.

“We need to expand the financial vector of development, make sure that the primary link is equipped with everything necessary.

To have good coaches, equipment and so on.

Then there will be victories, and most importantly, the generation of the future will be healthy,” Bogaliy stressed.

She also stated that the personal example of both famous athletes and the immediate environment plays an important role in attracting children to physical education.

“I fully realized myself during the years of my career, so now I am making every effort to pass on my experience to children, both my own and others.

The main example for the child is the parents.

If they spend the day off at home watching TV and gadgets, then children consider this to be the norm.

Although now many people understand this, ”the three-time world champion emphasized.

Among the projects presented at the forum, the FizkultRASS program, which was presented by the Russian Association of Sports Facilities, attracted attention.

Its main goal is to captivate adults who accompany children to various trainings with physical education.

“While the child is in class, the adult usually just sits and waits.

But this time can be spent with health benefits.

The schools that are part of our project provide an opportunity for escorts to train as well.

If we take into account that the children's lesson lasts about an hour, then this is 8-12 hours of physical activity per month, ”said the acting.

An interesting approach was proposed by the authors of the project "Running League of the Moscow Region".

Participants of the program perform certain tasks in accordance with their level of training and receive points on their account.

Subsequently, you can use this piggy bank to purchase all kinds of prizes.

In addition, the runners with the most points during the season become winners in one category or another and receive additional awards.

Another aspect of popularization was touched upon during the session “Transformation of the Media Landscape”.

The Minister of Sports of the Krasnoyarsk Territory Denis Petrovsky complained that major specialized media pay little attention to amateur competitions or tournaments in those types that are not included in the top popular ones.

As an example, he cited a bandy tournament with the participation of the Russian national team.

“We have now, especially given the changed political situation, a lot of emphasis is placed on mass sports.

But I don’t understand what needs to happen for the federal media to write about him, ”the official said.

The experts participating in the discussion agreed that in order to attract attention, such competitions need an element of show, interesting human stories of the participants, as well as the hard work of the organizers.

According to Maria Grishko, director of sports broadcasting at Tricolor, an important role in this process is played by the formation of the initial audience, and for this it is necessary, among other things, to actively develop social networks.

“People should come to competitions like they are at a show, at a rock concert.

On the confrontation between Natalia Nepryaeva and Veronika Stepanova, for example.

The UFC has a very proper warm-up process.

And I think it should be like that in all sports.

I convince all the guys, I even persuade them to run social networks and develop a personal brand, ”said the skier.