Unai Simón gives meaning to Luis Enrique's purpose: "If we had lost, they would say it was a disaster"

Cristiano Ronaldo, a shadow of his former self, shook his head from side to side. Not wanting to take his eyes off the ground, he couldn't see how Fernando Santos, a coach... 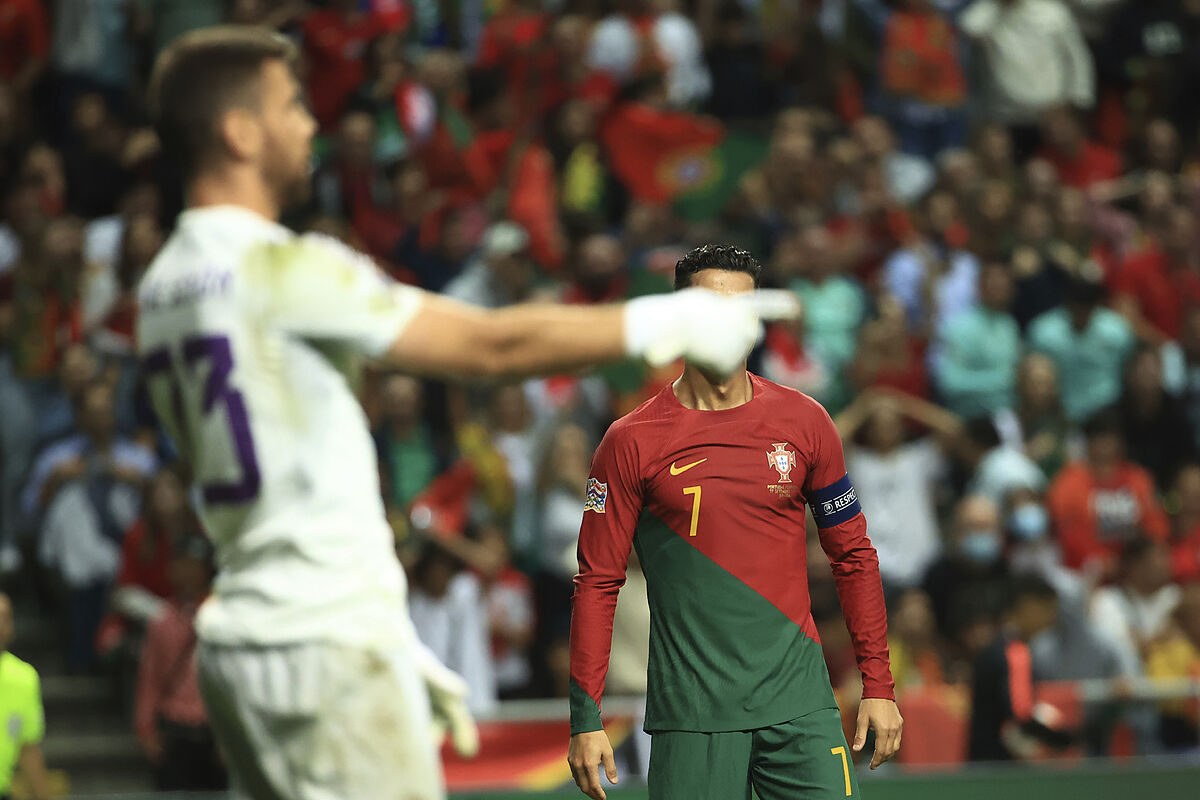 , a shadow of his former self, shook his head from side to side.

Not wanting to take his eyes off the ground, he couldn't see how

, a coach badly used to putting shackles on talent, was being carried away by demons.

had scored in the 88th minute the goal with which Spain defeated Portugal at home 19 years later.

A triumph that, in addition, allowed Luis Enrique to be charged with reasons and that presumed lack of definition resolved in the final 20 minutes.

entered to generate, and

-assistant in the goal- to percuss.

, decisive with his four saves.

«We know that when we have to measure up, we do it.

And if we lost it had to be by leaving everything on the field, ”Morata assumed once the night was closed.

The Atlético striker, who scored his 27th international goal and who already scored against the Portuguese in 1-1 last June, was carried away by sincerity: «In the morning I was a little nervous, but I calmed down seeing the good atmosphere in the team.

We are a group that deserve it."

Of course, the victory against Portugal that qualifies Spain for the

of the Nations League -to be played in June 2023-, perhaps would not have been possible if Unai Simón had not acted as anchor.

Especially relevant were the stops he made to

in the first act, and to Cristiano, with his knee, when the match was already fainting.

It was enough to erase the bad taste left by the first hour of the meeting.

Luis Enrique's Spain is presupposed by all those things with which teams cheat the shortage of raw talent.

Namely, advanced pressure, irreverence, agony in the face of difficulty, and a tendency toward chaos that happened to be organized.

With all these characteristics minimized due to the starting eleven that showed up in Braga, the Spanish team only had the ball left.

Up to seven footballers changed the Asturian coach regarding his defeat against Switzerland in La Romareda.

Variations that, beyond finding their argument both in the management of breaks and in the rocky approach of Portugal, also revealed confusion.

Where Spain was most naked was in that midfield that Luis Enrique changed from top to bottom, leaving the Barça trident (

, Gavi and Pedri) on the bench, who in theory starts with an advantage to be a starter in the World Cup, to be relieved by

The result could not be more hopeless, especially given the null offensive incidence of some interiors incapable of finding exits.

While Ferran Torres and Sarabia were condemned to be overflow wingers, precisely what they are not.

The Spanish coach argued that plan due to the need to wear down his rival in order to finish him off at the end.

"Although I think I handicapped the players to be a little more daring," he admitted.

Luis Enrique decided that the 22-year-old footballer, despite having carved out a niche for himself in the elite as a midfielder at Valencia, would play this time as a right-handed central defender alongside

discarded in the stands, Guillamón, conditioned by a yellow, only resisted on the field for 45 minutes.

His place was taken in the second half by another midfielder, Rodri, whose great performance once again charged Luis Enrique with reasons.

"Doubts in football are always based on the results", the Spanish coach tried to settle, before concluding: "We already know what this is. If we had lost with a goal in the 85th minute, they would say it was a disaster It's normal. That's why I focus on the sensations of the players. It's wonderful to train them."