Time to stop: why Alexander Emelianenko should end his career

The defeat from Vyacheslav Datsik not only became one of the most painful in the career of Alexander Emelianenko, but again made him talk about his inability to withstand opponents at a serious level. In recent years, the fighter has lost his strengths and began to resemble a pale shadow of himself, and also completely stopped taking a hit. Why an MMA veteran should take care of his health and hang his gloves on a nail - in the material RT. 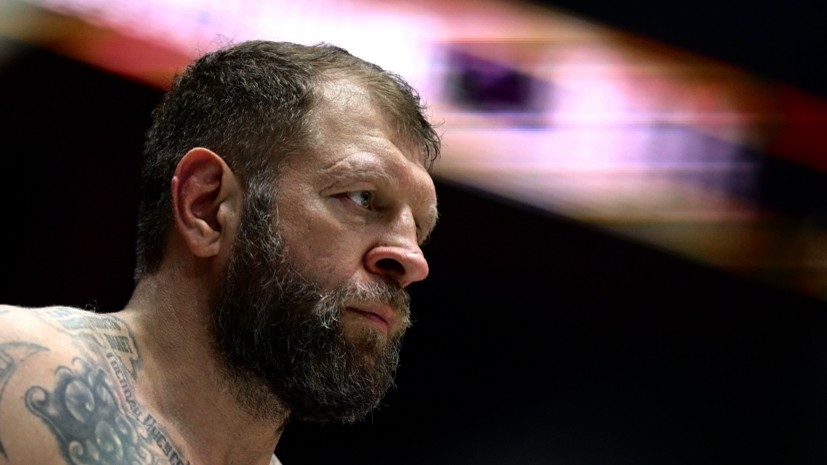 In recent years, Alexander Emelianenko has repeatedly given reasons to write himself off and conclude that his days in the world of martial arts are numbered.

Crushing defeats, lack of discipline and colossal problems with alcohol - all this testified to the approaching end of the career of the once skilled and stellar athlete, but he himself stubbornly refused to hang gloves on a nail.

And the other day another alarm bell rang, after which the future of the MMA veteran again became one of the main topics for discussion.

The defeat in the battle with Vyacheslav Datsik made it clear that Emelianenko had become a pale shadow of himself in past years and is now no longer able to successfully perform at a high level.

If earlier fans of his talent could attribute failures to problems with wrestling and unwillingness to progress in this aspect, now it will no longer be possible to resort to this argument.

Alexander not only lost in his crown discipline - boxing, but also did it humiliatingly.

In the first serious exchange, he missed a heavy blow and collapsed.

However, one should not pay attention exclusively to Datsik's left hook.

In the history of boxing and MMA, there have been more than enough fights where a single hit was everything, but the result did not reflect the difference in class between opponents.

Suffice it to recall the victory of Conor McGregor over Jose Aldo, the sensational end of the fights between Jorge Masvidal and Ben Askren or Hasim Rahman and Lennox Lewis.

But in the case of Emelianenko, fans watched an athlete who had lost almost all of his strengths.

And it's not just about hand speed.

Finding himself in a difficult situation, Alexander not only failed to respond with a powerful counterattack, but even to escape from the flurry of blows and "wait out the storm."

And this despite the fact that they, together with the coaches, probably knew what kind of battle pattern Vyacheslav would offer.

The fiasco of Emelianenko not only speaks of his lack of a granite chin (which he was never famous for), but also points to the consequences of uncontrolled drinking and lack of training.

He not only stopped being extremely fast on his hands, which previously distinguished him from other heavyweights, but almost completely lost the ability to quickly move around the ring.

But before that it was one of its distinguishing characteristics.

For a 193-centimeter fighter, he moved very well and outplayed his opponents in many respects due to this.

Alcohol dealt a severe blow to the entire body of the athlete, which was noticeable long before the fight at the Hardcore Boxing tournament.

The last time he looked like himself of the best years in the battle with Tony Johnson Jr.

at the WFCA promotion tournament in August 2018.

Then he worked great in the stance, maneuvered well, even if later he was unable to cope with the wrestling skills of the American.

The same thing happened in a duel with Magomed Ismailov, who gave him a real grappling master class.

Although even then it was noticeable that there was no former swiftness in Alexander's actions.

The fight with Ismailov was preceded by several memorable episodes that spoke a lot about Emelianenko's attitude to the matter.

But the binge, which in many ways put an end to the career of a heavyweight, followed precisely the defeat from Magomed.

He not only lost the support of the head of Chechnya, Ramzan Kadyrov, who for a long time saved him from himself, but also his "physics".

Then Alexander passed the point of no return, and his path in sports gradually began to approach its logical conclusion.

Yes, literally every failure could be justified.

A devastating defeat from Marcio Santos - the notorious problems with the fight, an ambiguous performance in a duel with Artyom Tarasov - a gradual set of forms.

Not the most convincing victory over Jeff Monson - the unwillingness to send a well-deserved MMA veteran to the canvas.

Although it was far from a lack of motivation.

It’s just that Alexander was in such a serious condition that he could not keep even a 51-year-old grappler at a distance, whose striking technique was considered mediocre at best even in his best years.

Even then, Emelianenko should have thought about his health and stopped, but he acted differently.

It is difficult to say what exactly became the reason - the intention to earn some more money and settle old scores along the way, or the unwillingness to accept the real state of affairs.

One way or another, Alexander signed up for a fight with Datsik and in just 13 seconds demonstrated how wrong this decision was.

And let no one be misled by the appearance of Emelianenko.

Yes, he lost weight and looked almost like in his best years, but this had nothing to do with his condition.

Some Russian fighters did not hide the fact that they actively use pharmacology to gain muscle mass and burn fat during training, it is likely that Alexander also resorted to these tricks.

Otherwise, it is rather difficult to explain such a sudden transformation.

But these substances are not able to return to the athlete either the work of the legs or the speed of the hands, and it was precisely with this that the native of Stary Oskol had difficulties.

Not surprisingly, immediately after the end of the battle, Emelianenko expressed a desire for revenge, and the MMA community as a whole took this idea positively.

Despite everything, Alexander remains one of the main stars of Russian martial arts, and his appearances in the ring or cage always cause a huge stir.

But the ex-champion of ProFC needs not another chance to prove himself, but a person who will advise him to stop.

After all, even now we can safely talk about his unwillingness to confront serious opponents with a blow.

Sooner or later, all fighters become more and more susceptible to missed hits and can no longer withstand the damage that they used to.

But if the same Andrei Orlovsky managed to radically change his style and remain competitive, then Emelianenko, with his approach to business, is unlikely to succeed in this.

As the president of AMC Fight Nights, Kamil Gadzhiev, rightly noted, long-term training will be beneficial, but significant progress will still not be achieved.

Therefore, every serious hit can lead to the fall of Alexander, and this is fraught with serious consequences.

In this case, we will no longer talk about the career of an athlete, but about his health.