The soccer team won 1-0 against African powerhouse Cameroon in the last evaluation match that operated the best members ahead of the World Cup. Son Heung-min shook the net with his head and scored two goals in a row. 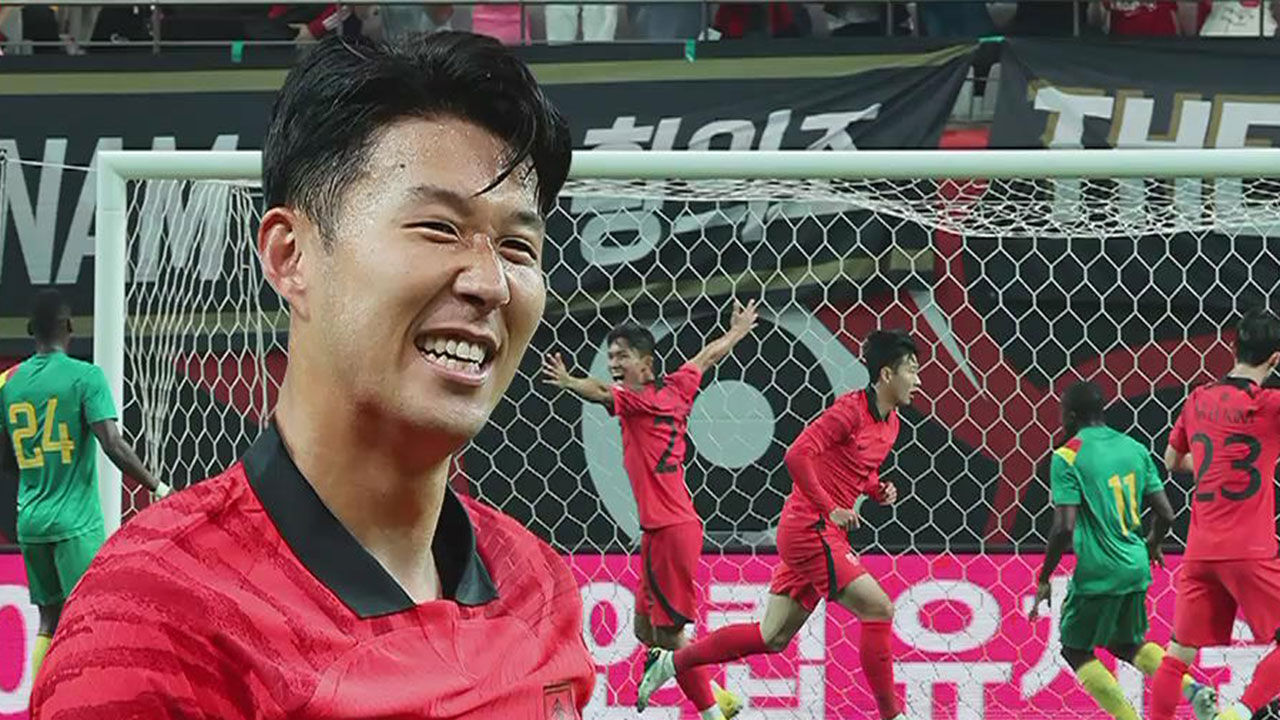 The soccer team won 1-0 against African powerhouse Cameroon in the last evaluation match in which the most elite members were operated ahead of the World Cup.

Son Heung-min shook the net with his head and scored two goals in a row.

national team, with captain Heung-Min Son as the top team, drove Cameroon, the African power, from the beginning.

Heung-Min Son led the attack from the front line to the side and midfield without a break, and scored the opening goal in the 35th minute.

Son Heung-min threw the ball to the left flank with an accurate long pass from midfield, and as the goalkeeper hit a left footed shot from Kim Jin-soo, who received the ball through Hwang Hee-chan, he ran to the front door and hit it with his head.

Son Heung-min, who scored a goal in two consecutive games following the Costa Rica game, made fans enthusiastic with the 'click ceremony', and coach Bento cheered with clenched fists.

At the end of the first half, Cameroon's shot hit the post and the national team overcame the risk of conceding, but Hwang Ui-jo, who was put into the second half, was replaced by an injury in 9 minutes.

The national team, which defeated Cameroon, a virtual opponent of Ghana, who will meet at the Qatar World Cup, 1-0, gained 1 win and 1 draw in 2 matches of A, building confidence.

[Heung-Min Son/Captain of the soccer team: I think I was happy to finish the campaign with a victory.

Bento replaced five players to check the players, but Lee Kang-in, who returned to the national team after 1 year and 6 months, turned away this time as well.

[Lee Kang-in/Soccer national midfielder: Unfortunately, I am trying to return to my team and show my best side because I cannot choose.]

After completing all the mock exams as the best members, Bento coached 26 players just before the World Cup in November. Announcing the final list.