Clara Monti Danielsson about her time at Borussia Dortmund: "Every week someone cried"

German giants Borussia Dortmund fired coach André Fuhr on Wednesday. According to information given to the newspaper Ruhr Nachrichten, he is accused of both abuse and violence. National team member Clara Monti Danielsson, who left the club after one season, now tells SVT Sport about her experiences. - Every week someone in the team cried. 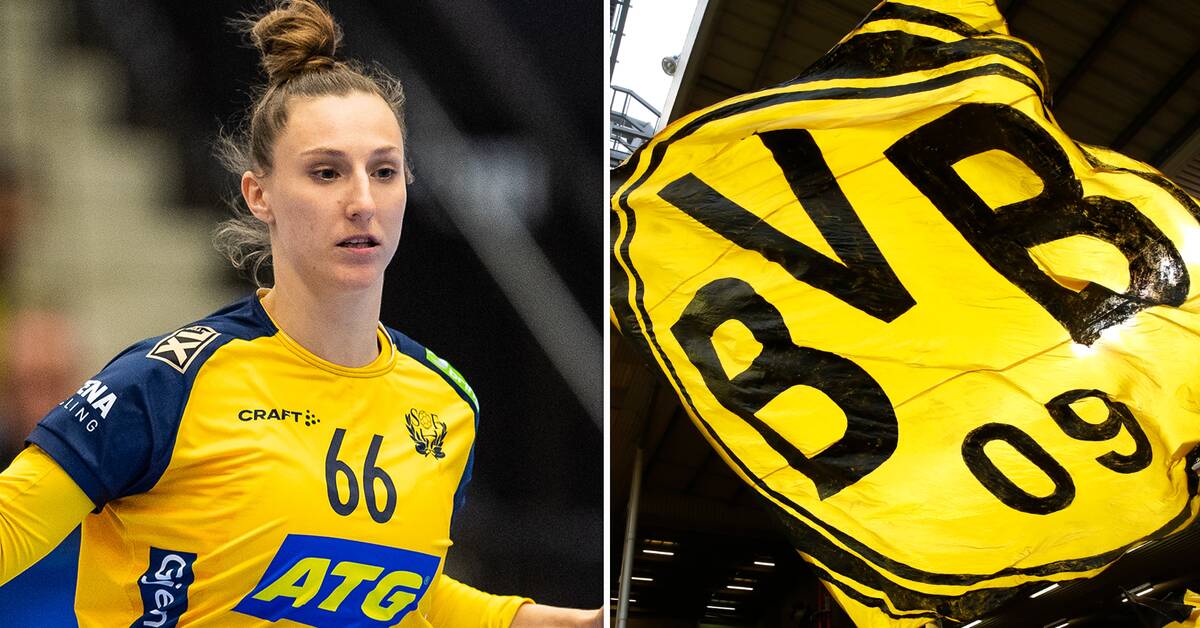 It was after the German national team players Mia Zschocke and Amelie Berger suddenly broke their contracts with Borussia Dortmund that the team's coach André Fuhr was fired.

In the German media, it has been reported that the 51-year-old is accused of having expressed himself racially and subjected the players to psychological harassment - something that SVT Sport has also received information about.

Clara Monti Danielsson, who among other things played European Championship qualifying matches for Sweden in March, played in Dortmund in the 2020/2021 season when the team won the German league.

After just one season at the club, she chose to use a clause and break the contract.

I have never experienced so many individuals being so mentally exhausted and run down, she tells SVT Sport.

"Couldn't get a word out"

Monti Danielsson remembers one time where Fuhr asked the player group for feedback on a match.

When one of the players gave her picture, she was severely scolded.

- Normally I would have had that fight with her, because I agreed with what she said.

But I didn't and I'm so fucking ashamed of that.

I couldn't bear it.

Because I knew that if I take this fight, I have to fight with the coach and be the screamer during the whole training and I can't bear that, says the 30-year-old and continues:

- I couldn't get a word out and I am so ashamed of that today.

I have spoken to this player afterwards who was disappointed with me and I understand that.

For me it became very clear: Where was I going when I can't even stand up for things?

Fuhr has also been accused of making racist comments, something Monti Danielsson did not experience during his year.

Another memory that Monti Danielsson has is from a match where she got frustrated at halftime because the coach yelled at her in the first half.

It continued in the dressing room where Fuhr continued to speak badly of Swedish in front of his teammates.

- Then I got teary-eyed and was told: "Are you going to start crying now?

Do you think that will make it better?

That you will perform in the second half when you are doing this?”.

When the Swede said she was frustrated and wanted to get out of the frustration before the second half, she got a sour answer back.

- Then he said "maybe I should make you cry every time if you perform better after crying".

There has been talk of punishments, what could that look like?

They were little things hardly worth mentioning, but that was the way he controlled it.

It was a controlled environment.

You were slowly but surely broken down.

Tried talking to the coach

Monti Danielsson says that she tried to talk to Fuhr that his way of talking made her not feel well.

- Every year there were ten girls who left and that is a clear sign that something is not right.

I know that several felt really bad mentally and talked to psychologists during and after the season.

Two of the players stopped playing handball entirely, but are now back again.

There were many who were driven to the bottom.

After all, during your year at the club you won the league, how do you see that?

- Yes, that was what made it so strange.

We performed, but we did not feel that the cooperation was one hundred percent.

On paper it looked good, which made it perhaps harder to take seriously.

That it didn't matter so much because we got the results with us.

We had a great team, and despite people feeling bad, we performed.

In an earlier statement to the newspaper Ruhr Nachrichten, he commented on the allegations.

- There is behavior presented by the players that fits under the heading of racism, but it has not been criticized by the player in question, but by a third party, said lawyer Markus Buchberger.