“In complete ignorance and bewilderment”: what is known about the departure of synchronized swimmer Davydova from Russia

Five-time Olympic champion in synchronized swimming Anastasia Davydova is believed to have left Russia. Moreover, she did not report this to her teammates, nor to the employees of the national federation, nor to the Russian Olympic Committee, where she holds the post of general secretary. According to coach Tatyana Danchenko, the former ward did not share her plans with anyone, so her departure came as a surprise to everyone. In turn, 14-time world champion Alla Shishkina urged to wait until Davydova herself tells about the reasons for her decision. 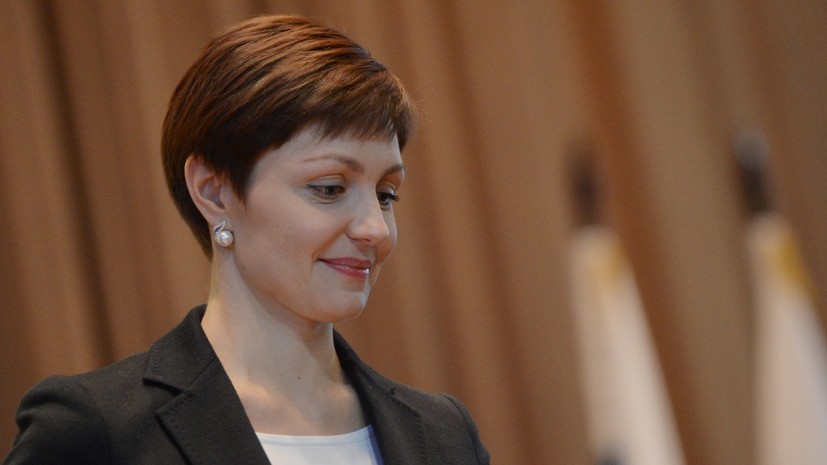 It would seem that the news is not particularly remarkable, because recently a large number of actors and show business stars have left abroad, if not for one “but”: the synchronized swimmer is one of the most titled athletes in the country, holds positions in the national federation and the Russian Olympic Committee (ROC), and also runs its own center for the training of athletes.

Journalists told about the departure of Davydova with reference to a scan of a letter.

“It notes that she has no plans to go back,” Vasily Konov, deputy general producer of Match TV, wrote on his Telegram channel.

This is most likely about the paper that came on Tuesday, September 27, to the employees of the Olympic Synchronized Swimming Center in Moscow.

According to Sport-Express, it allegedly indicates the names of the people to whom the direct control of the complex passes.

“The center continues its work.

She left, nothing changes - the children have been studying, and they are doing ... We are waiting for instructions.

So far, there is no information,” said Anna Shishova, director of the organization.

They do not know anything about the whereabouts of the general secretary of the organization and in the ROC.

“There were no statements about the formal resignation from Davydova.

The Russian Olympic Committee is carrying out planned work, including preparations for the reporting and election Olympic Assembly ... The ROC apparatus is working in an enhanced mode, the operational efficiency of the organization does not depend on the personal situation of the Secretary General.

If necessary, relevant decisions will be made in accordance with the charter of the ROC and solely on the basis of verified data, ”the statement on the organization’s official website says.

No one knew anything about Davydova's departure and the Federation of Synchronized Swimming of Russia (FSPR).

The head coach of the national team Tatyana Pokrovskaya admitted that her colleagues had informed her the day before.

“I am completely ignorant and bewildered.

For me, this is a surprise.

I can’t even say anything, ”Match TV quotes Pokrovskaya.

The same surprise was the news for Olga Brusnikina, First Vice-President of the FSPR, who last spoke with Davydova at the beginning of the month.

“In our federation, there are no official statements from it about leaving the presidium.

I don’t have any details yet either, ”said the three-time Olympic champion in an interview with RIA Novosti.

Coach Tatyana Danchenko, in turn, drew attention to a certain secrecy of Anastasia.

According to the specialist, she told few people about her plans.

“Asya did not communicate with our athletes.

Sveta Romashina is also in shock - as I understand it, Davydova did not share her plans with anyone at all.

Her husband seems to have recently been the director of the Synchronized Swimming Center, but I really don’t know any details.

It turns out that they just left school, ”Danchenko admitted in a comment to RT.

At the same time, the three-time Olympic champion Alla Shishkina noted that even if someone now knows about the true reasons for Anastasia's departure, she will not talk about it.

For all of us, this is a complete surprise.

I doubt any of the girls knew.

And it seems to me that in this situation they will not say anything, even if they have some information.

So now, apparently, we have to wait for Davydova herself to announce the reasons for her decision, ”said the athlete.

At the same time, not everyone in the sports world believes in the news about the five-time Olympic champion.

So, the president of the All-Russian Federation of Rhythmic Gymnastics, Irina Viner, did not rule out that the information about her departure from the country could be fake.