The player Palo Tabla scored a world goal in an acrobatic manner on Sunday, and the International Football Association "FIFA" commented on the demands to nominate the goal for the Puskas Prize, which gives it to the best goal of the year. 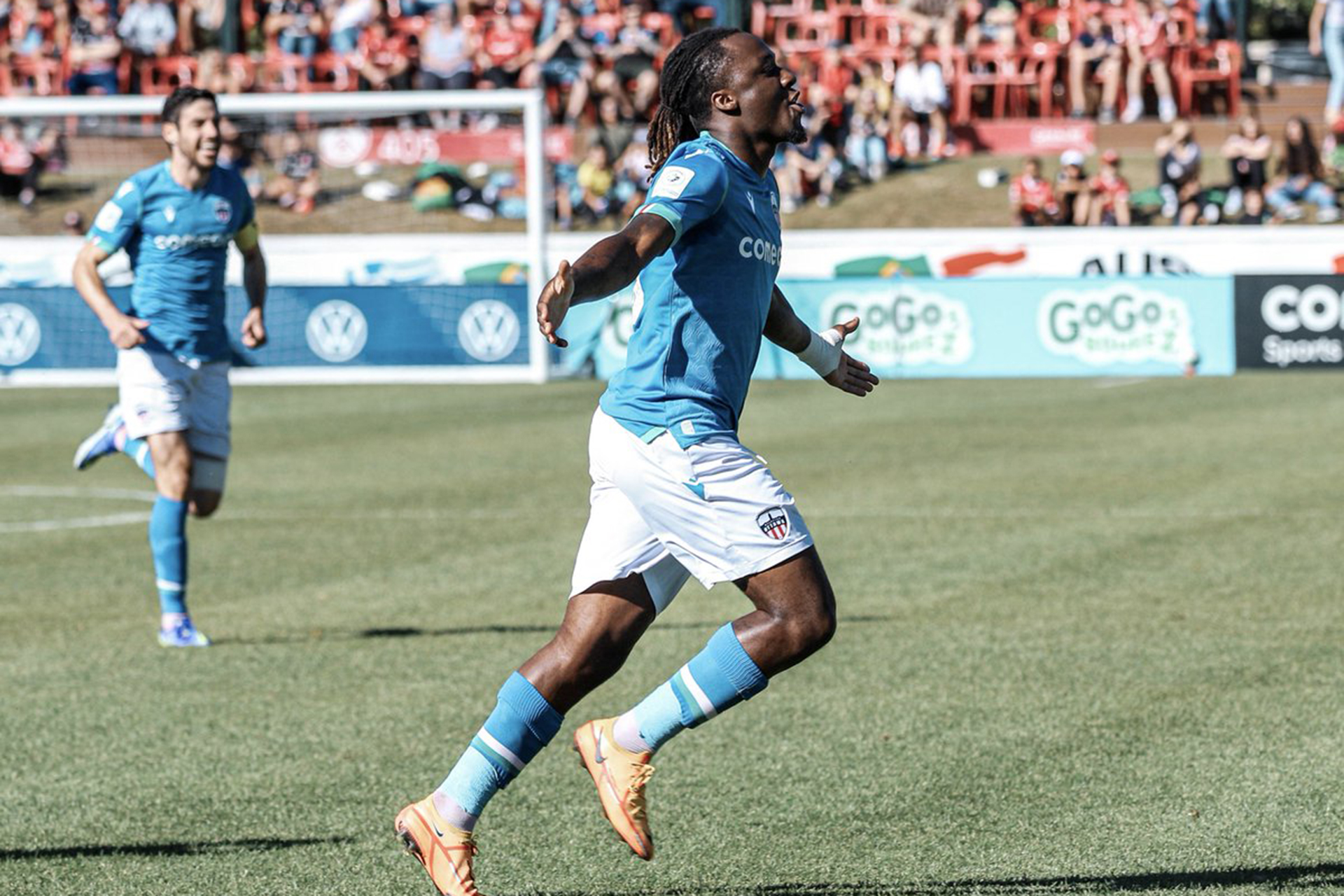 The player Palo Tabla scored a global goal in an acrobatic way for his team, Atletico Ottawa, in the Canadian Football League, on Sunday, less than a week after the goal of his colleague Ole Basset, who scored a surprise goal from a direct corner kick in a distinctive way, and spread widely on the platforms.

Yesterday, Sunday, the official account of the Canadian League on Twitter published a video of the goal scored by the Canadian Tabla with an amazing acrobatic shot from outside the penalty area, with which he awarded the goal to advance his team in the 4th minute of the match.

This is @CPLsoccer (not #MLS)

In this league, we have a saying#CANPL.

Here's the latest, by Ballou Tabla of @AtletiOttawa

Tabla received a cross from one of his teammates on the border of the opponent's penalty area, Cavalry, by shooting it with one direct touch - on the bird - with a back scissor falling behind the goalkeeper and into the net.

And the Canadian League wrote about the beauty of the goal: “A moment of pure magic, who saw this amazing goal?”, and sang it in another tweet, saying about it, “Maybe it will be the goal of the year.”

BALLOU TABLA ARE YOU KIDDING ME?

What a goal from the @atletiOttawa attacker to open the scoring, possibly the goal of the year 🚲#CanPL |

The account of the "BT Sport" sports channel re-published the video of the goal on Twitter, indicating that it will be one of the goals of the Canadian League that will compete for the "Puskas" award for the best goal of the year, presented by the International Football Association "FIFA" (FIFA).

And the International Football Association "FIFA" - through its official account on Twitter - responded by tweeting the goal video and praising it, in response to the demands to be nominated for the Puskas Prize, which it grants for the best goal of the year.

We haven't done one of these 🧵 for a while.

Could any of these be #Puskas contenders 🤔

Bloggers interacted with the goal, with some supporting his nomination for the Puskas Prize, while others described it as the "Goal of the Year" in Canada.

A moment of pure magic 🪄🪄

Who else has just been watching this stunning goal from @atletiOttawa's Ballou Tabla on repeat since last night?

Ballou Tabla with a Puskás Award contender in the CPL!

He had no right to do this 🤯 pic.twitter.com/pGYCwdwR8D

Who would have guessed the most “boring” team in the #CanPL would be the first team to make the playoffs?!?

The goal of the year by Ballou and a massive win by @atletiOttawa!

It's our local team!

This goal ought to be a contender for the Puskás award.

This has to be the greatest goal of the entire week or perhaps for the whole #CanPL 2022 season.

This is one just crazy.

Doesn't matter who you support that's some goal 👏👏👏 https://t.co/nZgjSqH4gD