A treatment plan for Al-Wahda team.. Will you lead it to correct the path

After a faltering start, the worst in the history of the Al-Wahda team's participation in the professional era, by obtaining a single point in 3 rounds, the team headed for an urgent treatment plan in terms of contracts, by dispensing with the Portuguese duo Fabio Martinez and the Brazilian Jobson Maracas, knowing that the brother 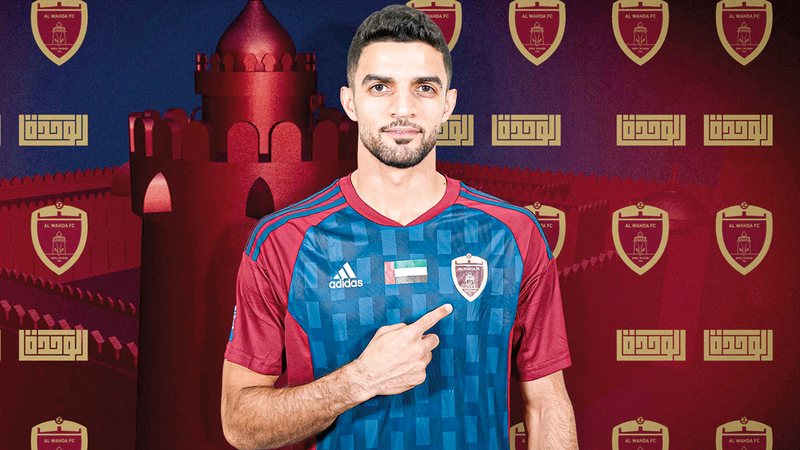 He scored his worst start in his professional history... and became at the "Crossroads" in October

A treatment plan for Al-Wahda team.. Will you lead it to correct the path

After a faltering start, the worst in the history of the Al-Wahda team's participation in the professional era, by obtaining a single point in 3 rounds, the team headed for an urgent treatment plan in terms of contracts, by dispensing with the Portuguese duo Fabio Martinez and the Brazilian Jobson Maracas, knowing that the latter spent only two months with “Al Annabi”, while he replaced them by contracting Al-Ahly youth player Walid Hussein, and Everton player, Brazilian Alan Marcos, but does the urgent step lead to correct the team’s path quickly to avoid a faltering start?

Over the course of the first three rounds of the current season of the professional league, "Al Annabi" did not provide any evidence to his fans of his ability to be the "dark horse", and to end 12 years of waiting and anticipation to achieve the league title absent from his coffers since he obtained it in the 2010/2009 season, Uncertainty dominated the masses, as it was clear that the team suffered during the matches, with its 2-2 draw with Al-Wasl, its 0-1 defeat at home by Ittihad Kalba, and its 1-2 defeat by Shabab Al-Ahly.

The technical difficulties of the team's coach, Portuguese Carlos Carvalhal, were the team's need to score more goals, and invest half-opportunities to end the state of offensive weakness, in addition to the need to work on the collective side more rather than relying on individual skills, and it is also necessary to remain firm on the squad, It has been constantly changing, in addition to the need for stability on the defensive side, specifically in the midfield, while the solution to the last dilemma came by contracting midfielder Walid Hussein and Everton Marcus player to give more dynamism to the pivot line.

Walid Hussein remained a target for a number of league clubs, and he was earlier close to joining the ranks of Al-Ain, but the Al-Ahly youth adhered to him prevented him from leaving, while his transfer to the ranks of "Al Annabi" came as a teacher's blow, as he has enough experience that "Al Annabi" needs, as it is It came in the form of a free transfer after the player’s relationship with “Al Fursan” ended.

Speaking to the official website of his new team, Walid expressed his happiness to join the unit, promising to strive to meet the ambitions of the club's management and the fans who expect him to provide his best as soon as possible to save the team's season in the league competition, at a time that is unlikely to appear with the team in a meeting. Bataeh in the next round.

On the other hand, the other arrival Alan Marcus, who is 31 years old, and his job in the midfield, eyes are also turning towards him, although he did not have the opportunity to participate with Everton in the Premier League this season, but positive expectations preceded His arrival, especially since he also has good experience, having previously joined Napoli and Udinese, the Italians, and Vasco da Gama of Brazil, and with Brazil he won the 2019 Copa America title.

The team is awaiting 6 difficult confrontations next October, starting with the newly promoted Al-Bataeh meeting, which achieved a surprise by obtaining 6 points in 3 rounds, after which it will collide with victory, and then visit Al Ain in the "Classico Abu Dhabi", before facing Al Dhafra, while The month ends with another summit that brings together the leading and star-studded Sharjah team led by Romanian coach Olario Cosmin.

The most important confrontation for the team in the same month, on the 21st, will be the match of the President’s Cup postponed from last season, which will bring together “Al Annabi” with the Sharjah team at Hazza Bin Zayed Stadium, knowing that the league match will follow after one week, specifically on the 29th, which will make October is the most stressful month for the team and puts it at a crossroads.