“Logic has been absent for a long time”: why the appointment of Ashworth to the position of sports director of Spartak raises questions

Paul Ashworth has been appointed the new sports director of Spartak. According to the chairman of the board of directors of the club Alexander Matytsyn, the main criteria for choosing an Englishman were significant work experience, professional understanding of the game and the ability to navigate the football market. According to the functionary, the manager will receive a budget for transfers when he presents a strategy to strengthen the team. Former red-and-white players Sergey Yuran and Alexander Mostovoy believe that the personnel decision defies logic, and a Russian specialist should have been taken in place of a foreigner. 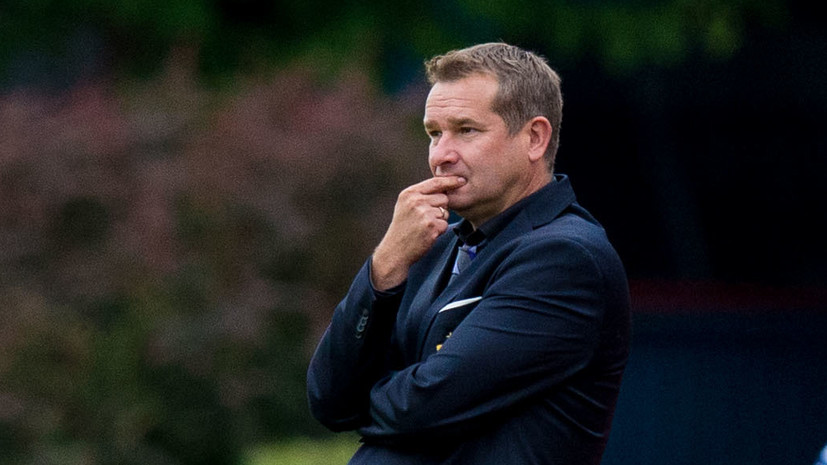 Ashworth's trust and the formation of the board of directors

The future of "Spartacus" is beginning to slowly clear up.

In the summer, the club was left without long-term leader Leonid Fedun and sports director Luca Cattani.

However, a successor to the Italian has now been identified.

They became the Englishman Paul Ashworth.

And the first vice-president of Lukoil, Alexander Matytsyn, headed the board of directors.

He also named the full composition of the governing body.

“Our first priority is to create a more transparent collegial decision-making and funding allocation mechanism.

When implementing it, we will rely on Lukoil's management model, the effectiveness of which has been proven by the company's 30-year history," Matytsyn said in an interview with TASS.

As for the appointment of Ashworth, the functionary named knowledge of the Russian language as his additional advantage.

“To achieve results, the head coach must have a high-quality selection of players and sufficient “bench depth”.

But this is already a matter of the systemic work of the sports block, which will be built with the active participation of Ashworth, ”said the chairman of the board of directors.

At the same time, the Briton will have at his disposal an increased budget to achieve these goals.

According to Matytsyn, initially agreed upon for 2022-2023 "does not allow solving the main tasks."

Approving a new one from a sports director will require both short-term and long-term strategies to strengthen the team.

The budget can be agreed as early as October.

At the same time, the manager considered the summer transfer campaign extremely unsuccessful and, as a negative example, cited the signing of an agreement with Keita Balde, who, as it turned out, had problems with the National Anti-Doping Court of Italy and was eventually suspended for three months.

And to form a reserve of domestic football players, Matytsyn promised to revive Spartak-2, abolished by Cattani.

“This task fully corresponds to the strategic goal of strengthening the sports vertical and developing youth sports.

And this is not a slogan that has set the teeth on edge, but concrete steps to revive the best traditions of Spartak.

It is the presence of a young team, a smooth transition from youth and amateur sports to professional sports that have been and remain the basis for the development of football, ”explained the head of the board of directors.

Ashworth's arrival at Spartak was not a big surprise.

A few weeks ago, the media wrote about this as a fait accompli.

Moreover, the Englishman is not a foreigner who is absolutely unfamiliar with the Russian market, because he has worked most of his career in the post-Soviet space.

He achieved his first serious successes in Latvia.

A very young 32-year-old specialist in 2001 was invited to the position of head coach of Ventspils.

As a result, he fully coped with the tasks assigned to him: he led the team to the silver medals of the national championship, won the Cup of the country and was recognized as the best mentor in Latvia.

In 2005, the manager came to Russia for several months.

He was appointed sports director of Rostov, and in the spring, due to the illness of head coach Gennady Stepushkin, he led the southerners for two matches.

Under his leadership, they parted ways with Rubin and lost to Amkar.

After the defeat from Perm, the Briton terminated the contract.

It is curious that after some time, Paul admitted that he was asked to surrender the match with Kazan, but he refused, like the players.

Later, this was confirmed by the ex-captain of the yellow-blue Mikhail Osinov.

“Such a story really took place, I confirm.

He turned to us, told us about the situation, all the players, including me as a captain, replied that they would not surrender.

So my conscience is clear, ”R-Sport quotes Osinov.

After that, Ashworth worked in Skonto Riga, and then went to Nigeria, where he headed one of the country's leading academies in the state of Kwara, and also worked with the Sunshine Stars team.

During his time in Africa, he managed to establish many useful contacts and explore the local market.

But the most ambiguous period turned out to be a year and a half stay in Kazakhstan.

On the one hand, Astana, in which the functionary initially worked as a sports director, became the champion, won two Super Cups and played in the group stage of European competitions, where, in particular, they beat Manchester United.

Moreover, out of habit, he was forced to lead the team at the end of August 2020.

Under his leadership, she won three victories in eight meetings, suffered the same number of defeats and drew twice.

On the other hand, local law enforcement agencies have questions about the activities of the Englishman.

Ashworth was suspected of abuse of authority.

Allegedly, he, being one of the founders of the Global Sport Invest agency company, illegally enriched himself by selling athletes.

Local media blamed him for two transfers at once.

It was noted that in the case of the Croatian Marin Anicic, when the agreement was extended, an additional clause was introduced into it - on the payment of a commission in case of sale abroad.

As a result, the midfielder moved to Turkey, and the functionary received 63 million tenge.

And from the transfer of the Cypriot Pieros Sotiriou to the Bulgarian Ludogorets for € 700 thousand, Ashworth allegedly demanded 10% and even filed an application with the court when he was refused.

And the former sports director of Aktobe, Askhat Kalzhanov, last year announced the opening of a pre-trial investigation by the Anti-Corruption Service of the city of Nur-Sultan against some officials of Astana, including a Briton on suspicion of embezzlement of funds in the amount of 370 million tenge in the period from 2018 to 2021.

One way or another, the functionary has not yet appeared before the court, and in July last year he unexpectedly showed up at the Brighton Premier League club, where for six months, according to media reports, he held the position of an ordinary video assistant.

“No one understands why the Briton was taken at all”

According to RT experts, Ashworth's appointment in the current situation looks extremely strange.

For example, the well-known coach Sergei Yuran emphasized that, given the exclusion of Russian clubs from European competitions, it made no sense to make a choice in favor of a foreigner.

“I immediately have a question: why did the person come?

What players will he look for?

If we are talking about legionnaires, who will go to Russia now?

I just do not see any reason to take a foreigner to the position of sports director now.

We see that the national team was not allowed to participate in the qualifying stage of Euro 2024.

Therefore, a similar fate awaits the teams in European competition, ”the specialist noted.

The former captain of the red and white Alexander Mostovoy fully agreed with him, noting in addition that the Briton is absolutely unknown to anyone.

It has been discussed for several days, but I do not know who it is.

And now no one understands why the Briton was taken at all.

Unfortunately, the logic in the actions of the club's management has not been traced for a long time.

In principle, the same can be said about our other teams.

Therefore, I advise you not to look for any deep meaningfulness in this personnel decision, ”complained Mostovoy.

At the same time, both believe that under the current conditions, a domestic manager who knows the domestic market well should have taken Ashworth's place.

“If he was called, then they rely on an abundance of contacts in Europe: with football players, coaches, agents.

This could be justified if the red-whites were waiting for a start in the Champions League, but not now.

But he does not know the Russian market.

It was easier to put a Latin American, given how many athletes are coming from there, or a Russian,” Yuran emphasized.

And according to Mostovoy, the choice of people for leadership positions in the club resembles a roulette wheel, and people are shuffled without being guided by logic and common sense.

“One could say that Ashworth would be useful with connections to the European market, but what kind of Europe can we talk about now ... We were suspended until at least 2024.

We should forget about the Old World altogether.

Of course, it would be a hundred times better to put a Russian who understands internal affairs.

But instead, they call Camozzi, Cattani and Ashworth, ”summed up the former captain of Spartak.