The first national football team will meet its Paraguayan counterpart, at eight o’clock in the evening, at the Wiener Neustadt stadium in Austria. 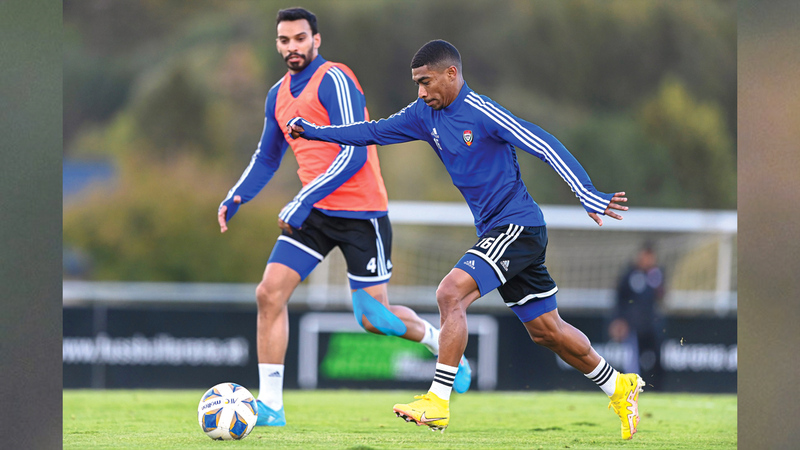 From the national team training in Austria camp.

The first national football team will meet its Paraguayan counterpart, at eight o’clock in the evening, at the Wiener Neustadt stadium in Austria.

The team started its first external camp in Austria on the 17th of this month, under the supervision of the technical staff led by Argentine Rodolfo Aruabarina, and Al-Abyad conducted several exercises, during which the coach focused on reassuring the physical condition of the players, and increasing harmony between the team members who joined the camp after performing three matches with their teams in ADNOC Pro League.

For his part, the national team manager, Yasser Salem, said in a press statement: “The preparations in the Austria camp are going well, as planned, as Al-Abyad plays its first friendly match today against Paraguay,” noting that “the technical staff is working on implementing the program to reach players to the highest levels of readiness.

Yasser Salem explained that «the plan to prepare the team will continue until June of next year, with external and internal camps, during which Al-Abyad will play friendly matches with a number of strong teams, and the gatherings will take place in the 25th Gulf Championship in January 2023, and the West Asian Championship, leading to participation in the Cup finals. Asia 2023.

He said: "An ambitious plan has been drawn up to prepare the first national team by the Football Association and the National Teams Committee, and in coordination with the technical staff of Al-Abyad, in order to ensure the best preparation for Al-Abyad, because it is on the verge of important participations, during which we hope to achieve the desired results."

He added, “The start will be with today’s match against Paraguay, which is the first friendly match for Al-Obeid this season, and the team will play a second international friendly on the 27th against Venezuela before returning to the country, and we all know that such friendly matches aim to obtain technical benefits regardless of Results".

1- Checking the physical condition of the players.

2- Increasing the harmony between the elements of the team.

3- Ensure the best preparation of the white before the upcoming maturities.