Search for Bartomeu .. “Barcelona leaks” shake the Spanish club and tarnish the reputation of Messi, Pique and the administration

The "Barcelona leaks" published by the Spanish newspaper "El Mundo" confused the accounts of the Catalan club, and also caused a discredit to Lionel Messi, Gerard Pique and the current club's board of directors. 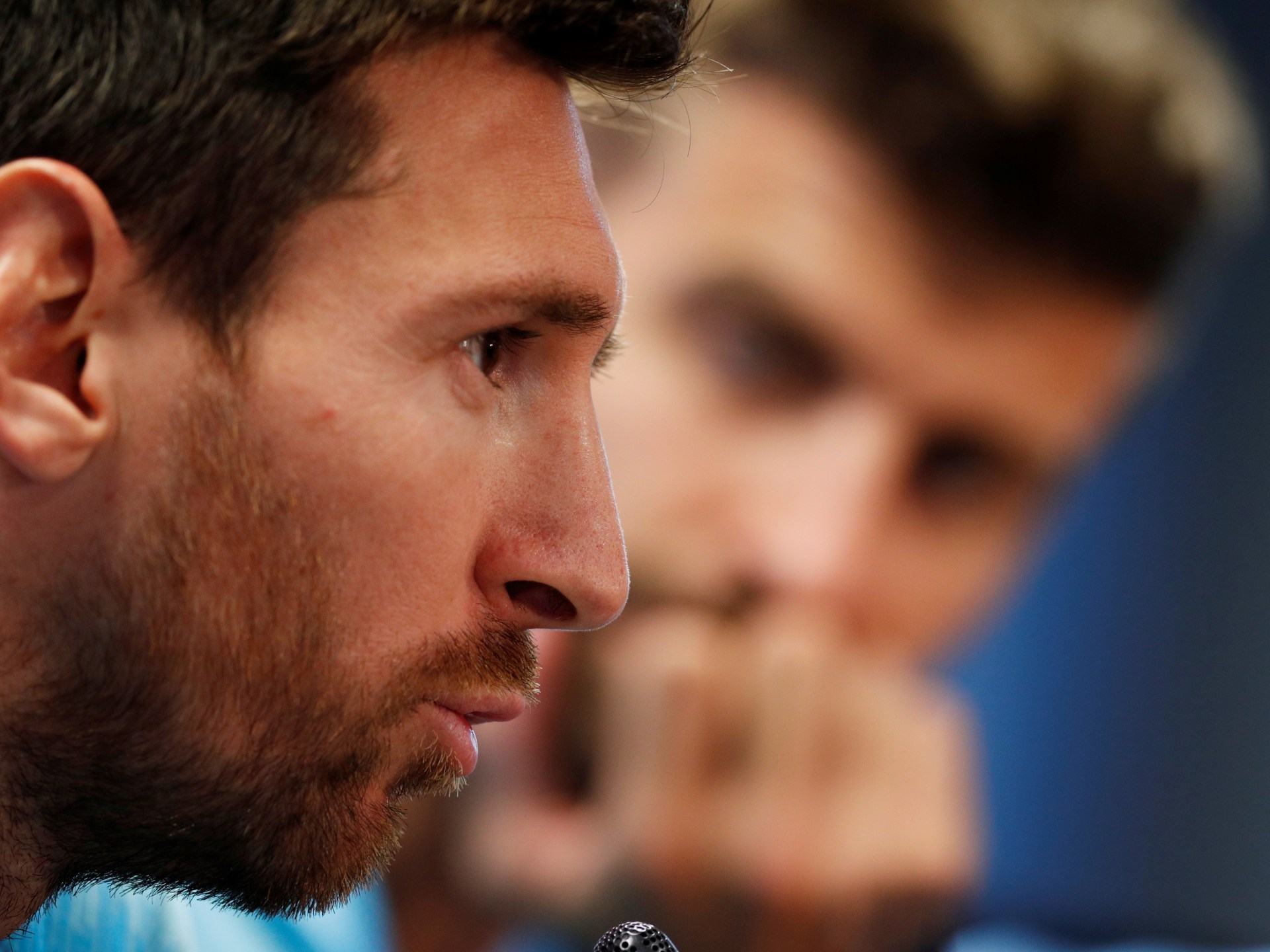 The Spanish newspaper "El Mundo" confused Barcelona's accounts, after revealing a series of leaks about player contracts and details of their renewal or renewal negotiations, which prompted the Catalan team to threaten legal action against the newspaper.

Since last Tuesday, the newspaper began to reveal a series of successive leaks unveiling documents and information, the most dangerous of which was related to Argentine star Lionel Messi and his conditions for renewing his contract with Barcelona in 2020, in addition to other players published about them yesterday, Wednesday, such as Gerard Pique and Ansu Fati.

The Spanish newspaper launched the hashtag "#Barçaleaks" - which means "Barcelona leaks" - to publish successively its reports on the players for whom it obtained documents.

Among the leaks published by the journalist in her report on the player Pique yesterday, Wednesday, she said that there was an “internal report to Barcelona that accused the Spanish defender of causing serious damage to the club, with the possibility of imposing a fine of 25% of his monthly salary,” as he explicitly requested in negotiations to extend his contract from the Board of Directors. To be the highest paid centre-back in the world.

Barcelona did not remain silent for long over these successive leaks, as it announced yesterday evening, Wednesday, its intention to take appropriate legal measures against the newspaper to protect the club's rights.

"The club expresses its dissatisfaction with the leakage of certain information that would form part of the legal process," Barcelona said in a statement posted on its website.

He added, "Barcelona is angry at the leaks and information published today on El Mundo newspaper under the title (Barcelona Leaks .. Secret Archives of the Club, Part 1), and this information would form part of the judiciary."

"The club also regrets that the media outlet had access to a vast amount of documents and emails in the possession of the Parasagit investigation, at a time when this information and documents have not yet been shared with third parties."

"In any case, the article in question makes public documents unrelated to the investigation and use of the case threatening the reputation and confidentiality of the club. For this reason, and in order to protect the rights of the team, the club's legal services are already studying the appropriate measures to be taken."

These leaks caused widespread controversy between sports activists and the Barcelona fans, most of whom expressed their displeasure with the methods of big stars such as Messi and Pique with the club in renewing their contracts, and their financial thinking and themselves far from the club's interest.

The newspaper revealed Messi's terms for renewing his contract with Barcelona in 2020, as follows:

Despite Barcelona declaring dissatisfaction with these leaks, it is one of the beneficiaries of them at the expense of its stars, especially Messi, who was shown by the leaks brave and does not appreciate the financial crisis of the club that grew up within its walls, and also tarnished the reputation of Pique and the club management that agreed to his requests, which indicates a third person on Enmity with Messi and the current Barcelona board.

A Spanish activist wrote, "A little disappointing. What appeared in the leaks of Pique's contract was the stupidest thing in him that he wanted to be higher paid than Ramos, and this is not a leak, but rather statements from a close source, I imagine that he is still Bartomeu (the former Barcelona president who was In an open conflict with Messi).

The minute he saw they were broke he left.

But culerdos told us Messi wanted to stay but "couldn't".

He could, he just put a price on his devotion: a private plane for his family, a 10m€ renewal bonus and a refund for wage cuts with interests (😭).