League of Nations: the Blues are reassured against Austria

Two months before the 2022 World Cup, the France team regained its colors by winning its match against Austria (2-0) on Thursday evening in the League of Nations. 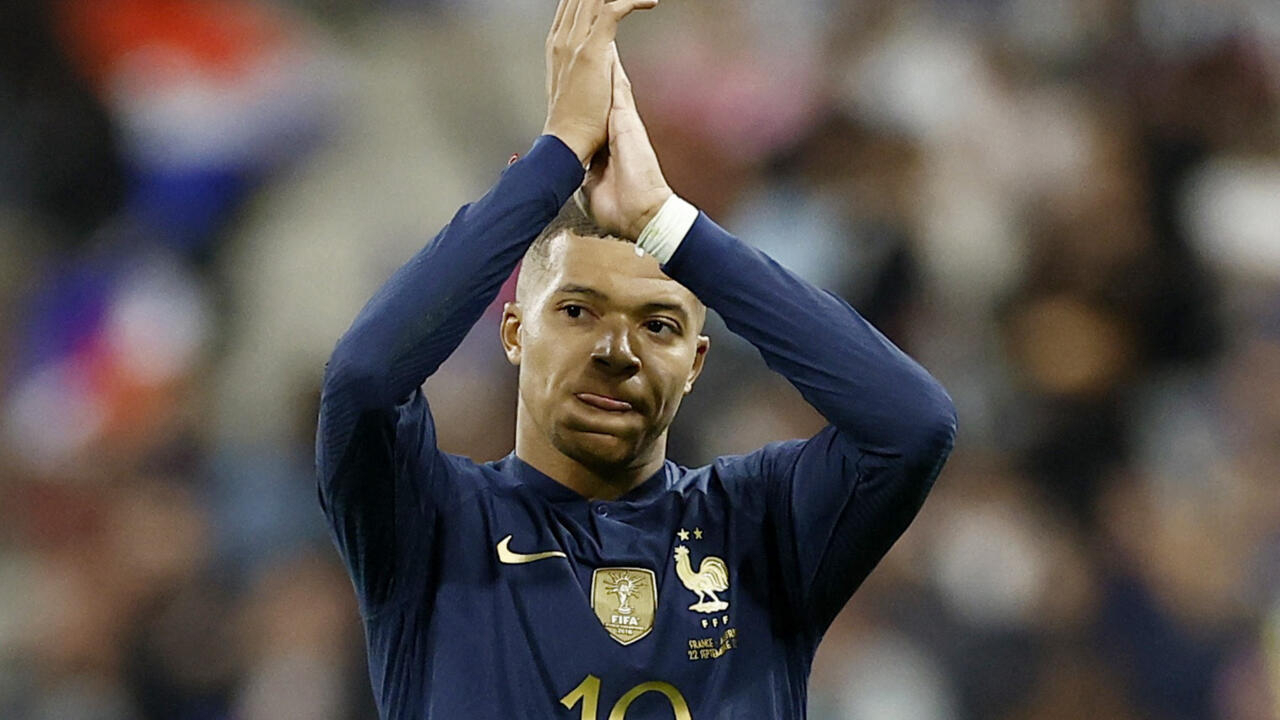 Two new physical glitches, but finally a victory: the French team reassured itself two months before the 2022 World Cup by dominating Austria (2-0) in Saint-Denis in the League of Nations, with an Olivier Giroud duo - Kylian Mbappé decisive.

Until the flash of genius of the Parisian in the 56th minute, the evening of the Blues will be summed up in two words: frustration and bad luck.

The frustration of seeing so many wasted opportunities, bad luck in the face of two new injuries, those of Jules Koundé (ischios) and Mike Maignan (calf), which came to fill an infirmary more than full.

But Mbappé had saved the best for last.

Already a scorer in the first leg (1-1) in Vienna after coming into play, the striker, holder on Thursday, delivered the Blues from a dribbling festival concluded with a powerful strike in the middle of the Austrian cages.

All that was missing was to revive the Stade de France and unblock the tricolor game, quickly rewarded by Olivier Giroud, head scorer on a pass from Antoine Griezmann (65th).

Relegation slips away a bit

This victory will be good for Didier Deschamps and his men.

It ends an almost black series of four games without a win during the June rally (two draws, two defeats).

It allows the Blues (3rd, 5 pts) to pass their evening opponent (last, 4 pts) in the standings, even if it will be necessary to ensure Sunday in Denmark to avoid an unworthy relegation to the second division of this League of Nations, including the French are defending champions.

It also soothes the climate that has surrounded the selection for several weeks, between injuries, extra-sporting affairs (Pogba, ministerial audit at the Federation) and thorny negotiations on the collective image rights of internationals.

For the coach, it is also a tactical success, that of the five-defender system, back in Saint-Denis after being sidelined – unsuccessfully – in June.

"DD" is confirmed in the choice of men, too, because faced with a dozen injuries, it was not a foregone conclusion, for example, that Youssouf Fofana would make such an authoritarian first selection in midfield, alongside of his former partner in Monaco, Aurélien Tchouaméni.

It was not said, either, that Mbappé and Giroud would show such a great bond, in the absence of Karim Benzema.

Their association could have even provided more goals if the Parisian had not spoiled a superb one-two with his sidekick in the 26th minute, as well as a few other strikes.

After agitating the gathering with his demands on image rights, Mbappé still responded on the pitch with total involvement, entering the top-10 of Blues scorers (28 goals) and even allowing himself a small celebration. well felt, mimicking a camera...

For Giroud, with the future still uncertain in Blue as long as Deschamps does not bring himself to call him when Benzema is available, Thierry Henry's goalscoring record continues to approach.

The Grenoblois, with 49 goals, is only two points away.

Will he have the opportunity to register them?

This is one of the questions that will weigh on Deschamps in the coming weeks.

The group of supporters of the France team, which was celebrating its 12th birthday, would not be opposed to the idea of ​​seeing one of its favorites again in Saint-Denis …

Two months to the day from challenging Australia in Qatar to defend their title, the France team seems to have regained confidence.

A victory Sunday in Denmark for his last match before Doha would bring him, in addition, some certainties.