Jonathan Dahlén was by far one of the most noticed signings ahead of the season. Tonight he introduced himself in earnest to his new old home crowd. He scored his first SHL goal in his career when Timrå won 3–1 against Linköping. - Cool, he says to SVT Sport. 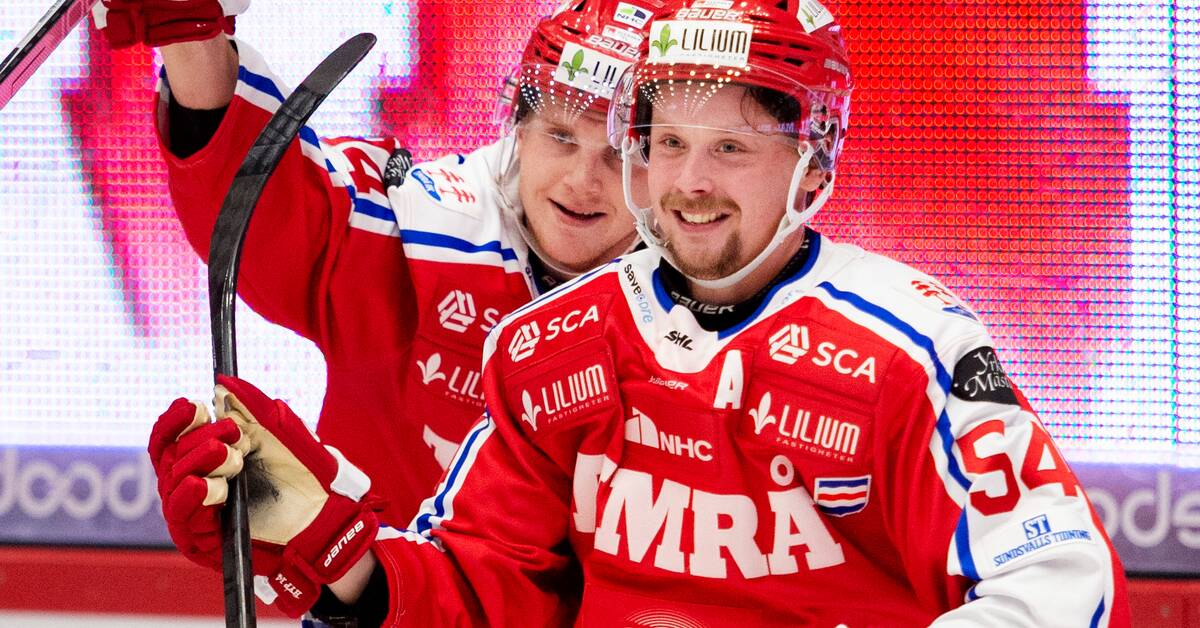 Dahlén, who brought up Timrå in the SHL on two occasions, played last season in the NHL team San José Sharks where he scored 22 points in 61 games.

But despite the fact that he has reached the age of 24 and for several years was seen as a star, he had never actually played in the SHL before the season.

Presented before the match

But now he has it.

And now he has also scored in the SHL.

At 15:33 into the second period, Dahlén, who before the match together with the other returnees Anton Lander and Emil Pettersson were presented to the 5,800 spectators in the NHC Arena, could make it 2-1 for Timrå at home against Linköping with a distinctive wrist shot.

- It's always fun to score the first goal.

I had a few modes before that.

I hope it can loosen up a bit now, says Dahlén to C More.

Timrå eventually won the even match with 3–1.

Both the other Timrå goals were scored by the team's new American acquisition Nick Halloran.

- He has a nose for the goal and is in the right place at the right time, praises team captain Anton Lander in C More's broadcast.

The loss was Linköping's third in a row.

- Of course we want to win games, and right now we're not doing that.

So the confidence may not be at its peak.

But we have to work on it daily.