Follow the controversy in the Spanish women's team. The Federation announced this Thursday that fifteen players have decided to resign from the national team after confirming the... 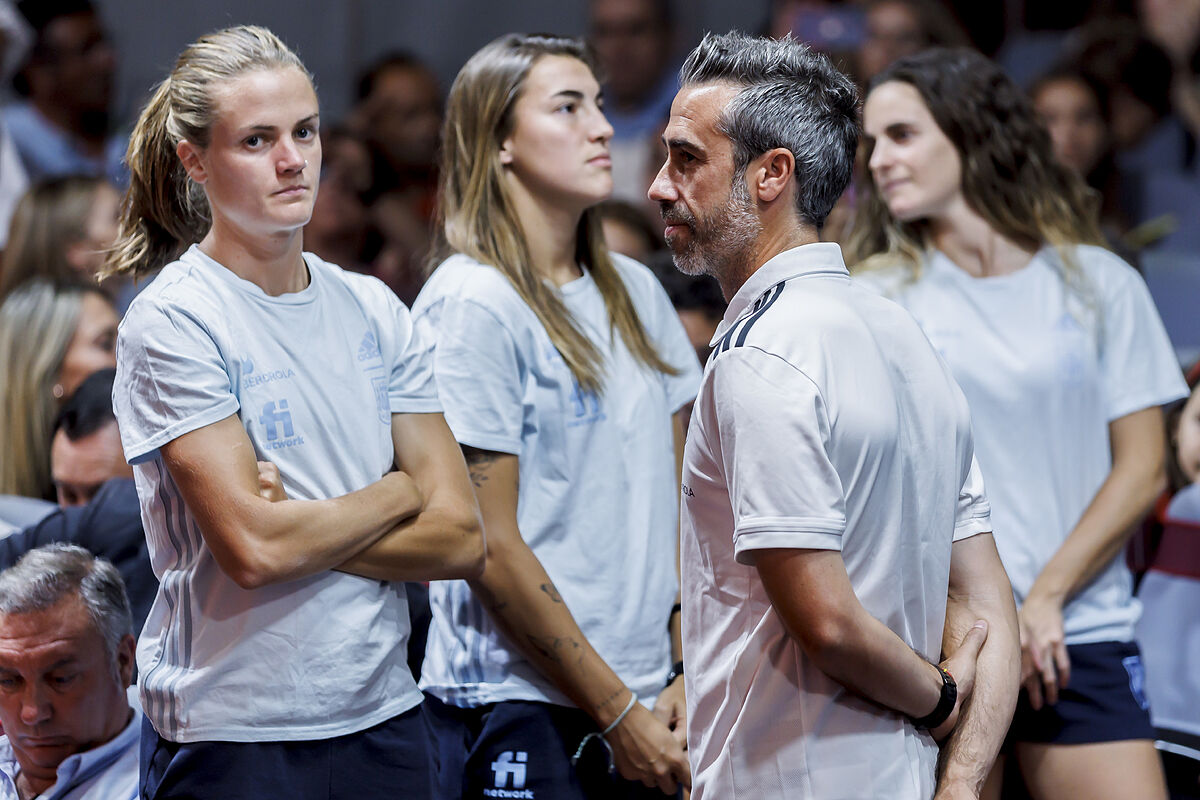 The Federation announced this Thursday that fifteen players have decided to resign from the national team after confirming the continuity of the national coach, Jorge Vilda.

The soccer players have been opposed to the coach continuing in the position and have sent an email to the RFEF.

"Coincidentally, all the emails have the same wording," says the Rubiales organization in a statement.

"They state that the current generated situation affects them 'significantly' in their 'emotional state' and in their 'health' and that, 'as long as it is not reversed', they resign from the Spanish national team," summarizes the statement of the Federation.

This comes after at the end of August the captains of the national team led the locker room protest against the current coach, whom they asked to resign.

Vilda, who has a contract until 2024, refused, and so did the RFEF, who insisted on her trust in the coach.

The players assured at that time that there was no harmony between the group and the coaching staff, that the personal treatment was not adequate and that the training methods were not the most current.

And the demands of the staff gave way to two surreal press conferences, held on September 1 in Las Rozas.

"I feel stronger than ever to continue working. But the laws of sport have been transgressed," Vilda denounced first.

"The captains, on behalf of the group, have conveyed to Jorge and the Federation the feeling of the players," said Irene Paredes, first captain, along with Patri Guijarro and Jenni Hermoso.

"We transmit a message of general malaise and each one, from now on, must be consistent, must decide if they want to continue or not," said Hermoso.

20 days later, fifteen players, all, for the moment, anonymous, have made the decision that the striker was talking about.

The RFEF is not going to allow the players to question the continuity of the national coach and his coaching staff.

is going to admit any type of pressure from any player when adopting measures in the sporting field", assures the Federation in the note distributed tonight, and warns in the "very serious infraction" that they are committing. "According to current Spanish legislation, not attending a national team call is classified as a very serious infraction and can carry sanctions of between two and five years of disqualification.

The RFEF, contrary to the way these players act, wants to make it clear that it will not take them to this extreme or pressure them.

Directly, it will not summon the soccer players who do not want to wear the Spain shirt."

The Federation, which warns that it could even "play with youth" if necessary, admits that it is "an unprecedented situation in the history of football, both male and female, in Spain and worldwide."

"The soccer players who have submitted their resignation will only return to the discipline of the national team in the future if they accept their mistake and ask for forgiveness."

It remains to specify who these fifteen players are, among whom Alexia Putellas, the last Ballon d'Or, does not seem to be among them, and what the next call will be like.

Spain has won the U20 World Cup and the European U19 this summer.